9 haunted pubs and hotels in Hamsphire: Discover their spooky tales

From shadowy seafarers and femme fatale, to phantom piano playing... many of Hampshire’s historic hostelries are packed to the rafters with tales of ghostly goings-on. Viv Micklefield takes a spine-tingling look at some of the spookiest 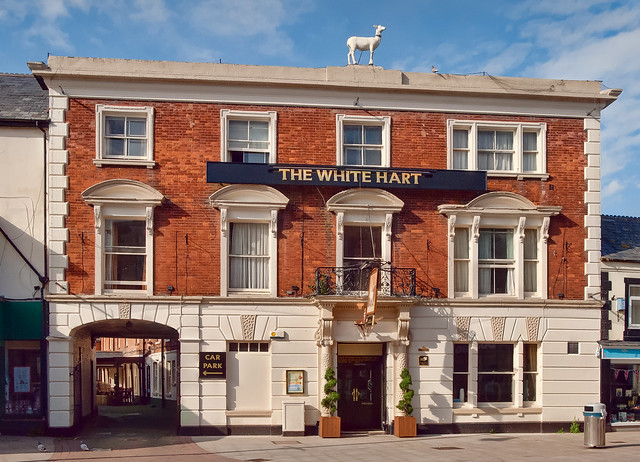 Weary travellers have been well served here since 1617 including a royal visit by Charles 1.

While inside, the different floor levels suggest the bar and dining area was once a series of much smaller rooms - the warped wooden pillars as well as photos of bygone Andover add some olde worlde atmosphere, accentuated by the washroom’s creaking door.

Ghosts: Look-out for the stained glass window which leads to the upstairs bedrooms where a tall lady dressed in green ‘walks’ the top corridor, along with a second less distinct female, and a semi-transparent male companion. Despite ghost hunters installing cameras, their identities remain unknown. 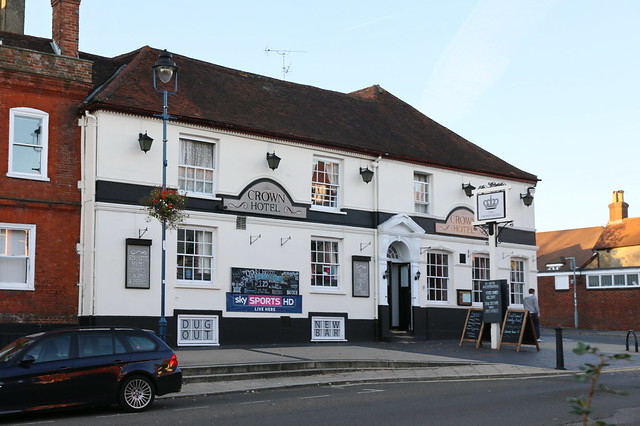 Blocked-up passageways, including a secret tunnel to nearby St Lawrence’s Church and mystery steps behind the bar that lead to absolutely nowhere, add to this 450-year-old inn’s intrigue.

And, although the dining area is recently refurbished, timbers recycled from ancient warships remain visible.

Ghosts: Step up to the fireplace and the sound of a dog used to be heard whimpering and scratching, while other canine companions behaved oddly when close by. With a former landlord reportedly finding unexplained paw prints, events took another turn in the 1960s when the discovery of a four-legged skeleton inside a wall cavity was linked to a dog who’d suffered a fatal blow at the hands of its drunken owner.

The sister of this once frequent guest reputedly roams one of the bedrooms, and there’s talk of ‘Patrick’ seen guarding the cellars. Today, clued-up staff gladly offer a well-thumbed copy of ‘The Haunted Places of Hampshire’ (Ian Fox) for added detail. 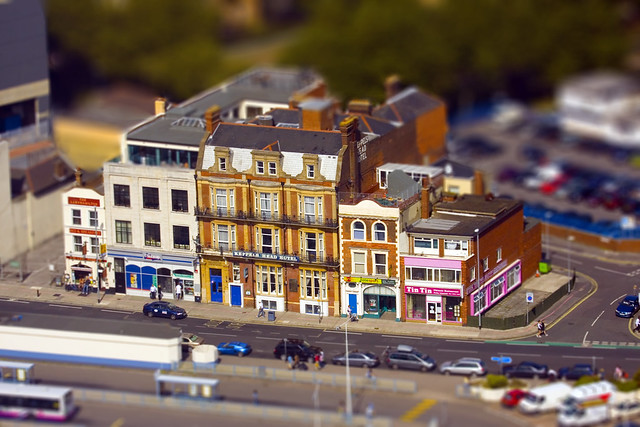 Built in 1779, Keppel’s Regency edifice stands in the shadow of Portsmouth’s Historic Dockyard with upper rooms still enjoying the sea views beloved by Alfred Russell Wallace (the co-discoverer with Charles Darwin of the Theory of Evolution), who once lodged here.

Ghosts: Most famous is Lionel ‘Buster’ Crabb, a former Navy commander and MI5 diver who vanished whilst attempting to spy on a Soviet warship docked at Portsmouth in April 1956. Since then, he’s also been spotted at the former Sally Port Inn, but Keppel’s retains bragging rights having been used exclusively by naval personnel.

Other “happenings” over the decades include the sound of piano playing, although the hotel has never had one.

A female guest has also felt a hand brush her face in the middle of the night and a woman staying in the same room says she was visited by a small child who ran their fingers through her hair. 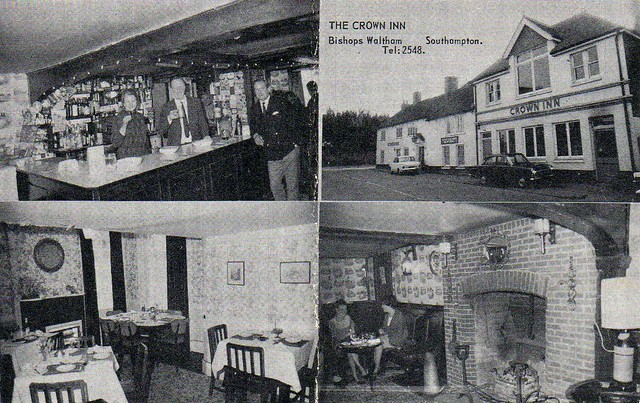 This 16th century former coaching inn just off St George’s Square exudes history from the moment you step on to its flagstones.

Indeed, the famous guests include Admiral Villeneuve, Commander-in-Chief of the French and Spanish fleets, who was billeted here following the Battle of Trafalgar.

Ghosts: Amongst the apparitions have been a lady dressed in pink using a private staircase to the landlord’s flat, and a stable lad believed to have been kicked by a horse. But what excites ghost-hunters are the continuing tales of the unexplained.

Housekeepers working here have been pushed by laughing spectres, seen child’s hand prints appear on glass out of nowhere, noticed TVs and lights switching themselves on and off and found towels suddenly scattered on the floor.

Some more of Hampshire’s spooky spots: 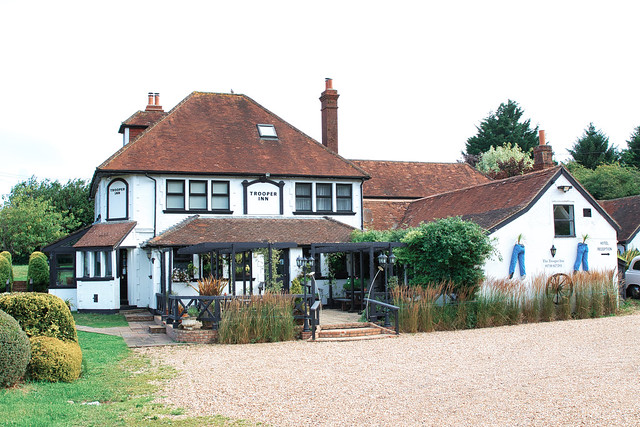 Another old coaching inn, this one is just ten minutes drive outside of Petersfield. The small collection of historic black and white photos taken of its former landlords, fight for space amongst walls crammed with pictures of Hollywood icons.

Ghosts: Appropriately, given the inn’s military name, a man dressed in World War One khaki – perhaps a soldier who’d died in the theatre of war or, was based at the nearby Bordon barracks, has ‘returned’ on both on foot and on horseback.

With the evening mist rolling across the surrounding fields, who knows what might ‘appear’ out of thin air? 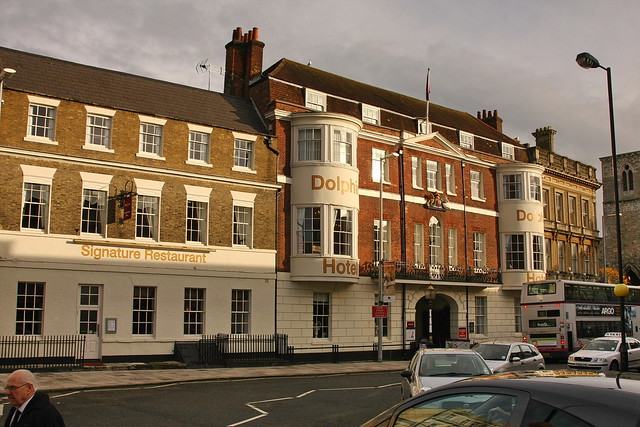 This Grade 2 listed hotel has stood in the heart of the city’s Old Town since 1751.

In particular, the stays of Queen Victoria, William Thackeray and Jane Austen (who celebrated her 18th birthday here) are of particular historical interest.

Ghosts: A former cleaner called ‘Molly’ is said to have died under mysterious circumstances and reputedly has occasionally returned - seemingly a loyal servant to the end. 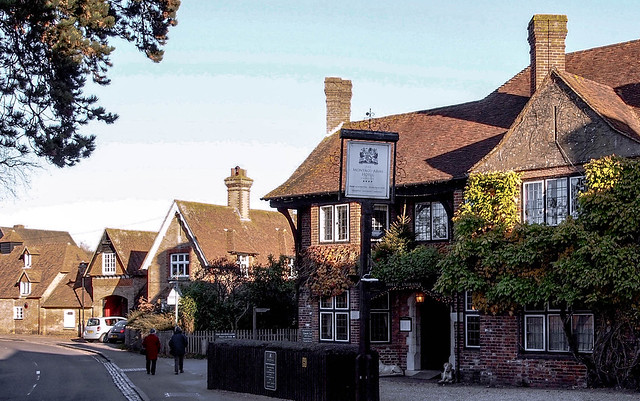 With a portrait of a young Queen Elizabeth 1 looking down at guests and its dark panelled walls and leaded windows this top Hampshire hotel immediately piques the interest.

Yet with no recent recordings of ghostly sightings, there’s little to rattle Michelin-starred chef Matthew Tomkinson.

Ghosts: Wandering monks, perhaps from nearby Beaulieu Abbey, have been ‘seen’, as well as Isabella, Countess of Beaulieu (d.1786) whom ‘Sherlock Holmes’ author Sir Arthur Conan Doyle, a believer in the spiritual world, allegedly contacted during a séance.

Who knows? Maybe, in the dead of night, this elegant country residence might take-on an altogether more mystical mood. 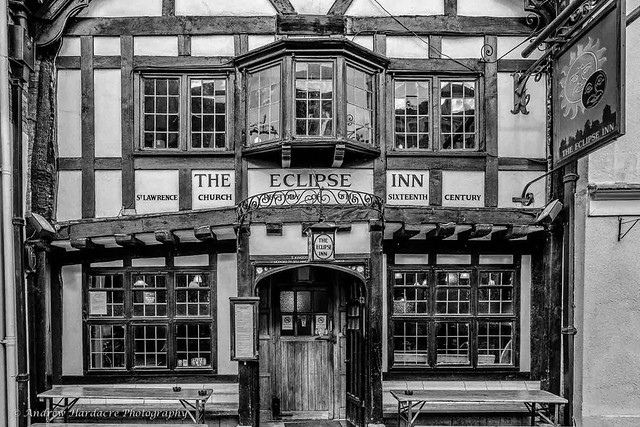 Nestling betwixt the High Street and the City Museum, the Eclipse’s striking black and white frontage dating back to 1540 is guaranteed to stop you in your tracks. And on entering the tiny bar area, having shunned piped music and fruit machines, it feels more like someone’s living room.

Ghosts: As a plaque reveals, 70 year-old Dame Alice Lisle spent her final night here on 2 September 1685 before being beheaded in the street outside, and her troubled spirit has allegedly returned on several occasions.

“She was the widow of Sir John Lisle, the MP for Winchester and Master of St Cross who was a Republican supporter in a Royalist city,” explains local guide James King.

“Alice was charged with treason for offering shelter to two of Monmouth’s supporters following the Battle of Sedgemoor. Tried by Judge Jeffreys (of the Bloody Assizes), the original sentence of burning at the stake was changed after the clergy of Winchester intervened. Reputedly, The Eclipse is very heavily haunted, although I’ve never seen a ghost the history is certainly there.”

While it’s no longer possible to book a room at the inn, the first-floor landing en route to the washroom might find you looking over your shoulder. 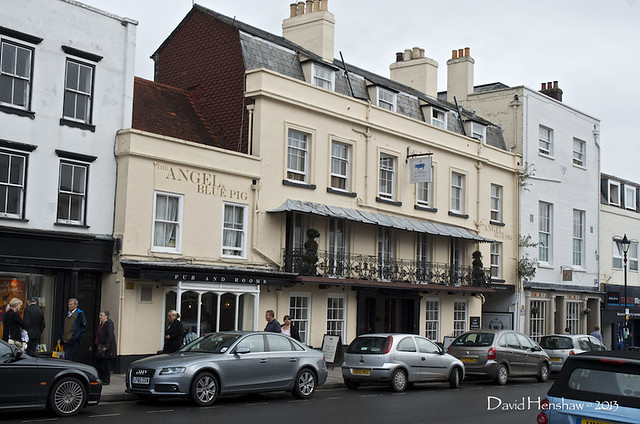 One of Lymington’s oldest inns (it’s 13th century) has seen an ever-changing clientele.

From sea farers and New Forest wood folk, to horse-drawn coach passengers, The Angel’s latest reincarnation as a gastro pub complete with boutique style bedrooms sees locals continuing to raise a glass alongside the original fireplaces, stained glass panels and beamed ceilings which survived the revamp.

Ghosts: ‘Haunted Inns of England’ (Jack Hallam) and an onsite information panel reveal sightings of the shadowy figure of a coach driver in the cold light of dawn, a tall grey-haired naval figure stalking the bar area, and the sound of piano playing heard through the walls of the old Assembly Rooms next door.

This might be anecdotal to the current brigade of staff, but they’re happy to indulge the curious.