22 great days out in Hertfordshire

From stately homes to skateparks, we have selected 22 of the best ideas for days out in Hertfordshire 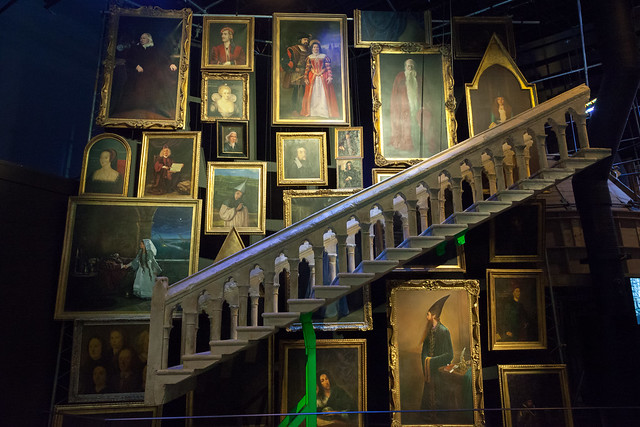 This is surely one of the biggest days out in Hertfordshire, seeing millions of visitors a year. Explore actual sets from the Harry Potter film series alongside props, costumes and art that appeared in the extremely popular franchise. An exciting new expansion was also revealed in March 2017 – the Forbidden Forest. Make sure to grab some Bertie Bott’s Every Flavour Beans or a Chocolate Frog afterwards.

Not quite what you were looking for? Try...

Villages in Hertfordshire: 10 of the prettiest places to visit 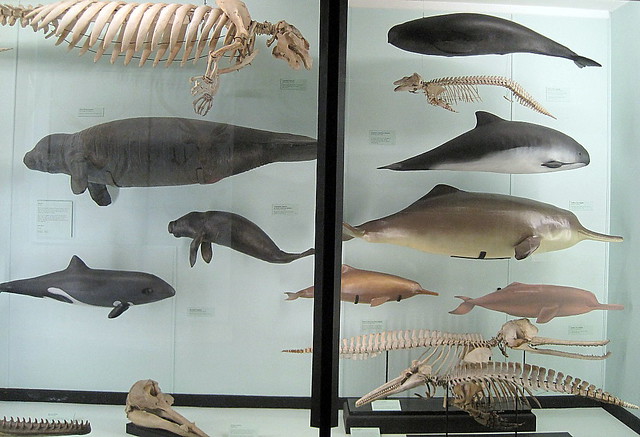 Afternoon tea in Hertfordshire: 36 of the best 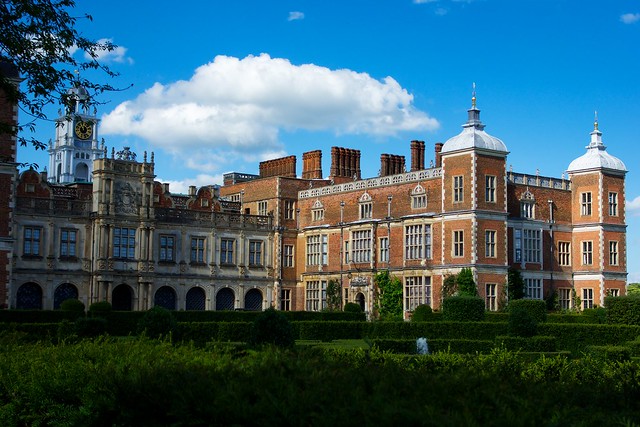 Named after Britain’s first saint, Alban, this grand cathedral is a humbling place to explore. Visit the shrine of the eponymous saint with a free guided tour that will explore the history, architecture and more. There are Cathedral Guide Talks ongoing, a gift shop and a café to relax with a coffee and cake after your visit. 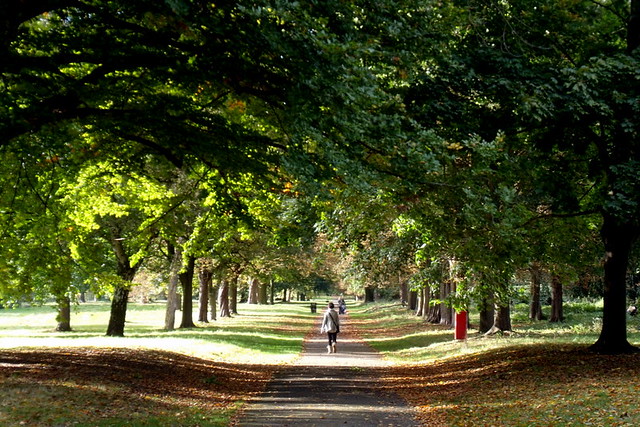 Once the private museum of Victorian MP and zoologist Lionel Walter Rothschild, this is one of the country’s finest collections of stuffed mammals, birds, reptiles and insects. Now a division of the Natural History Museum, specimens on display include a polar bear, gorilla, emperor penguins and a Tasmanian wolf. All for free.

Historic country estate which incorporates the Old Palace, the childhood home of Queen Elizabeth I. Visitors can wander the rooms of the impressive Jacobean mansion, built in 1611 by the first Earl of Salisbury, as well as enjoy walking around the beautiful park, gardens and farm. 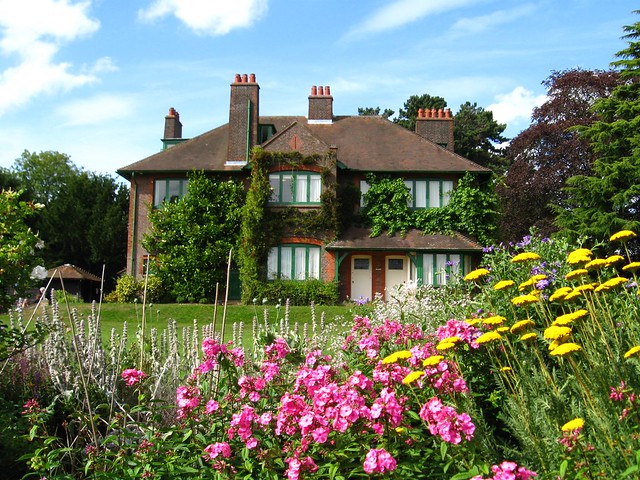 The largest public open space in Watford stretches over 190 acres. A children’s playground includes not just the usual slides and swings, but also a granite maze, paddling pools, miniature railway and a zip wire. There is also a designated Local Nature Reserve featuring a special circular trail. 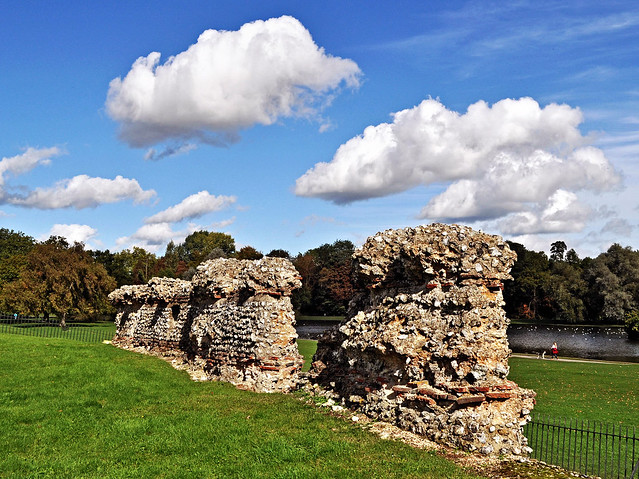 Skateboarders, inliners and scooter riders are all welcome at Pioneer Skatepark, which has both indoor and outdoor ramps, quarter pipes and half pipes. If parents think they’ll just be on the sidelines watching, think again – all are welcome, beginners are encouraged and the age of skaters ranges from four to 54, the park managers say. 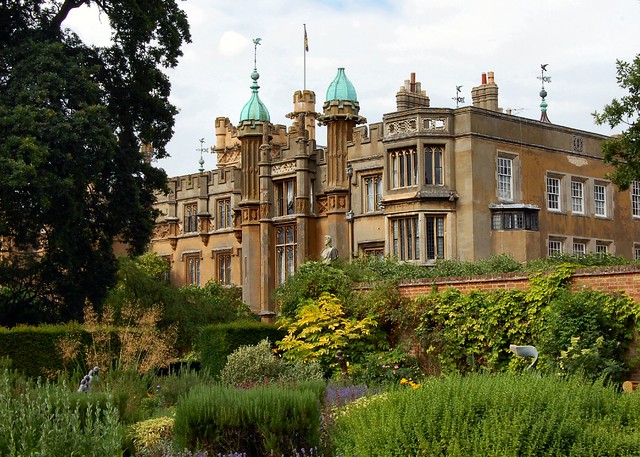 This Edwardian villa was the home of Irish playwright George Bernard Shaw for more than 40 years, until his death in 1950. Now owned by the National Trust, the property is much as he left it, including the secluded hut in the tranquil grounds where he found inspiration for many of his major works. 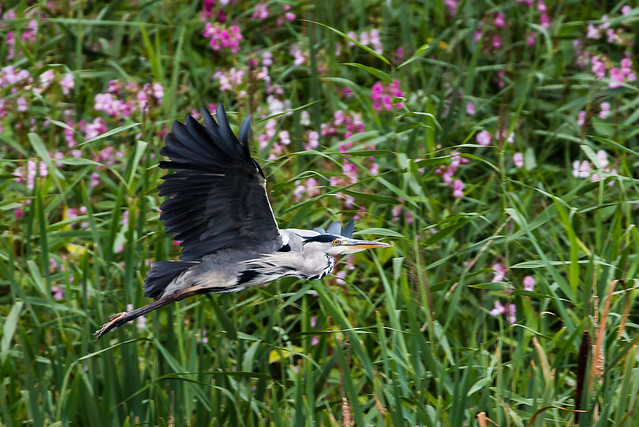 A museum of everyday life in the Roman city of Verulamium on which St Albans now stands. Here you will find fascinating artefacts, a collection of mosaics and wall plasters and re-created Roman rooms. Spend time in the lovely Verulamium Park too, where the ruined Roman city walls and a 1,800-year-old hypocaust can still be seen. 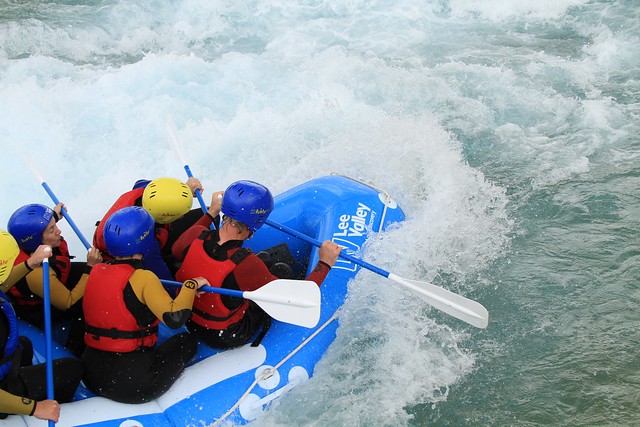 This Gothic manor is much more than just a stately home. There are 250 acres of rolling landscape and ancient tree avenues in Knebworth Park, Edwardian gardens, a maze, and, for the youngsters, an adventure playground and life-size dinosaur trail. Buy tickets online, £9.50 for the grounds and an extra £3.50 for the house during its open season. 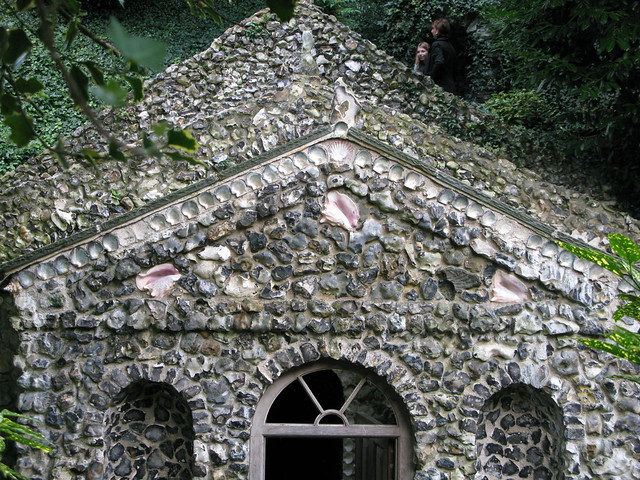 This wetland reserve beside the River Lee is jointly managed by the RSPB and Herts & Middlesex Wildlife Trust. A favourite haunt of walkers, birdwatchers and photographers, 10 hides look out over the reed beds, wet meadows and artificial sandbanks. Includes a visitor centre and picnic area. 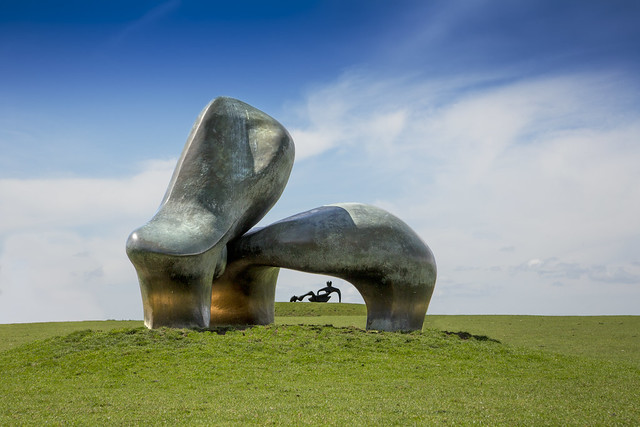 Explore the River Lee Country Park – all from the water. Electric boats, rowing boats, pedalos and a Canadian canoe can all be hired at an hourly rate. You can also book up a public or private cruise on a larger vessel, where you can relax and enjoy a meal on board. 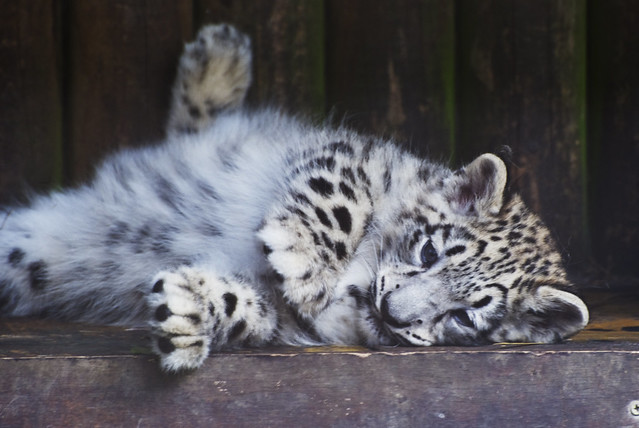 Video games come to life in this live combat gaming experience. Participants don camouflage overalls, equip themselves with a full metal body interactive gaming gun and head off into a 100 acres of woodland to engage – and try to defeat – the enemy. 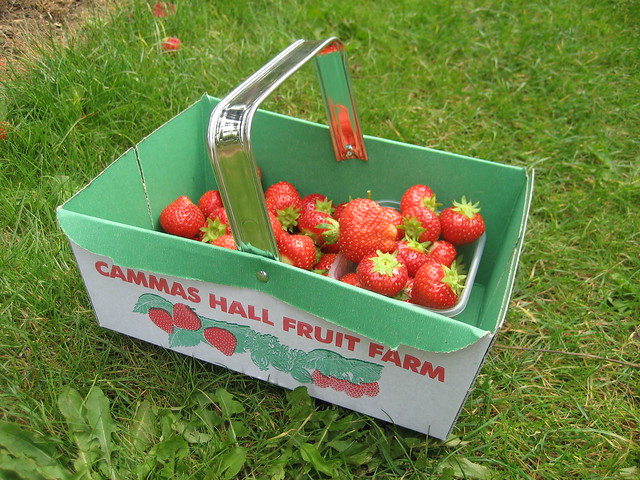 For an unusual day out, visit the historical Scott’s Grotto, a series of chambers covered in intricate arrangements of shells, stones and coloured glass. The chambers have been dug 67ft into the hills and are begging to be explored. Entry is free but there is a suggested donation of £1. Open 2pm – 4.30pm Saturdays and Bank Holiday Mondays from 1st April until 28th September. 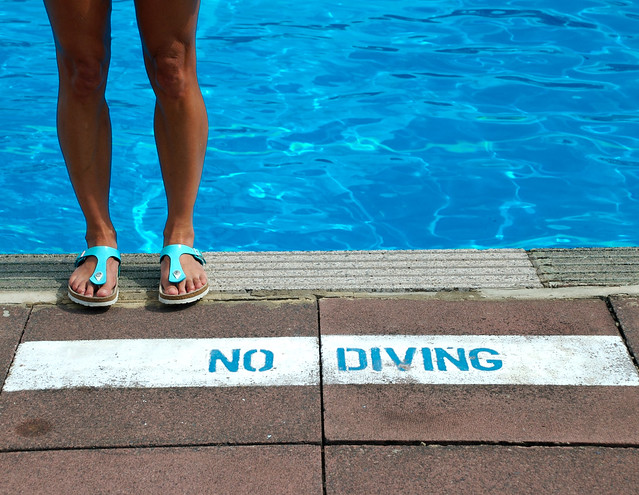 As summer arrives, Henry Moore’s former house opens to the public. With pretty countryside and well kept gardens, there is also a studio where you can see how the artist created his iconic sculptures. Make sure to see all the sculptures in the gardens. Open 11am – 5pm. 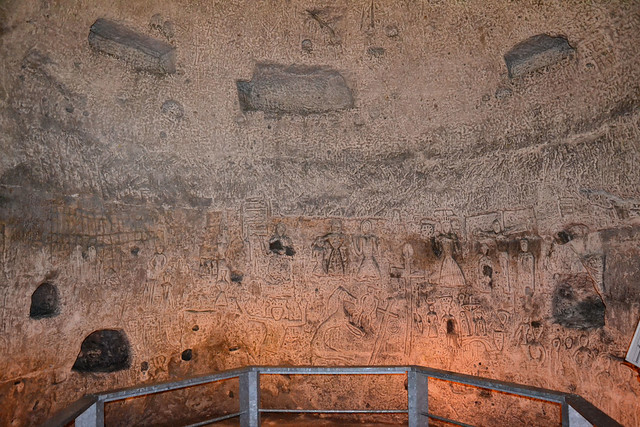 All your favourite animals are at Paradise Wildlife Park in Broxbourne. As this is “the only place in the UK to home all 5 Big Cats”, you won’t be disappointed with the variety and diversity from alligators to zebras. Your skin will crawl in the reptile and insect temple and your heart will be warmed at the farmyard. You can even enjoy an afternoon tea with the tigers in the Tiger Tree Tops Café. 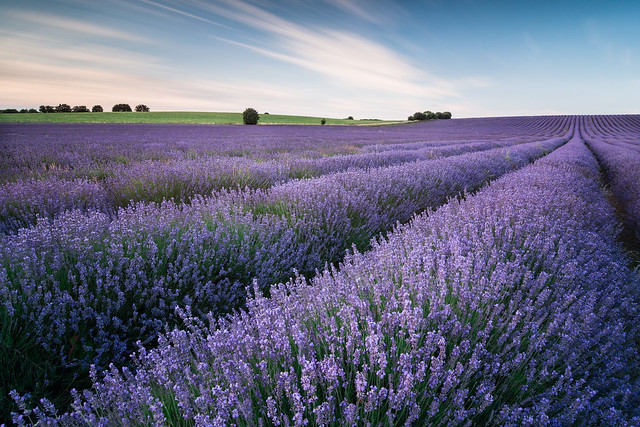 Surrounded by rolling Hertfordshire countryside, Cammas Hall Farm is the perfect place to get back to basics and enjoy a session of Pick Your Own fruit and veg, a browse at the farm shop or a cake and tea at the tea barn. Open Tuesday to Sunday, 9am – 5.30pm and Bank Holiday Mondays during open season. 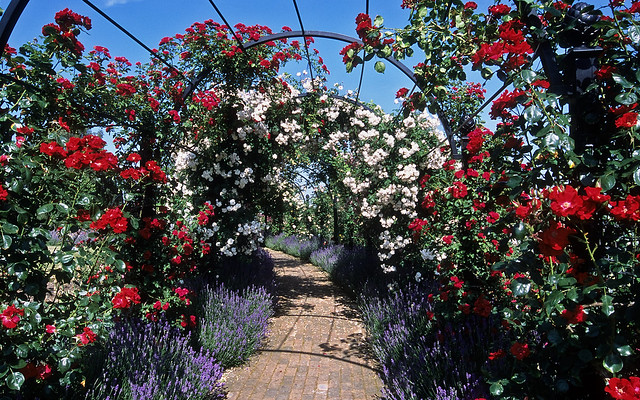 Refurbished in 2016, the Priory Lido in Ware is buzzing with energy in the summer. This outdoor pool was built in 1934 and is 30 metres in length, perfect for splashing around and enjoying the sunshine. The 2017 season runs from 27th May until 10th September. Check out more lidos in Hertfordshire here. 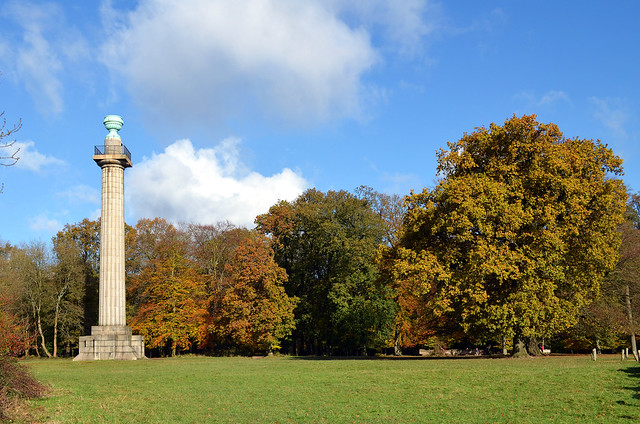 For a spooky day out, visit Royston Cave, a cave of unknown origin that was stumbled upon by accident and within human bones and trinkets were found. The cave walls depict scenes such as the crucifixion of Christ and other Christian symbology. Open 15th April until 1st October 2017, 2pm – 4.30pm for guided tours taking place weekends, bank holidays and Wednesdays in August.

Afternoon tea in Hertfordshire: 36 of the best

For those with a crafty hand, Potstop in Knebworth is the place for you. Choose from over a hundred pieces of pottery and create your own work of art! After it has been glazed and fired, your work can be collected and used at home a week later.

Pick your own lavender at Hitchin Lavender, with 25 miles of lavender fields to walk through. Soak in the views of the Herts countryside as you wander through the fields. When you’ve finished, visit the 17th century barn for a coffee and cake. There will also be lots of products available made from 100% lavender oil. 2017 season is 27th May until 3rd September, 10am – 5pm (last entry 4.30pm).

Lose yourself in the heady fragrance of the Royal National Rose Society gardens in Chiswell Green. There’s an arched pergola with over 70 arches that will envelope you in a tunnel of rose bushes. Don’t miss the fish pond and head to the tea room for a cream tea.

The stately home at Ashridge in the Chiltern Hills – an Area of Outstanding Natural Beauty – is nestled in rolling countryside. Don’t miss the Bridgewater Monument, towering over the estate, which you can climb 172 steps to the top and see the panoramic vistas.

Win a luxury break at the Raithwaite Sandsend Hotel