October is the perfect time to discover the joys of Exmoor. Jennette Baxter of Visit Exmoor suggests five great ways to enjoy autumn on the moor

Autumn on Exmoor should really be accompanied by sweeping and dramatic classical music as clouds race across the sky, the long beech hedges turn russet brown, the fern covered moors rust over and the hills echo, just for a moment, to the distant roar of a red stag guarding his herd. On the coast the seas turn cold and grey and at night the skies put on a staggering show of a thousand stars. Don’t miss it this year.

The second Exmoor Dark Skies Festival takes place between 22nd October – 7th November. Last year’s festival attracted thousands of visitors, and this year the festival has been extended to include over 40 events during its run.

Offering a whole range of events designed to help you experience Exmoor’s unique skies there are family activities, tours, food and cultural events and, of course, astronomy related events, there’s plenty of things to see and do whatever the weather.

Designated Europe’s first International Dark Sky Reserve back in 2011, the absence of light pollution on Exmoor means that many stellar delights can be seen with the naked eye. Especially good spots for stargazing include Holdstone Hill, County Gate, Brendon Two Gates, Webbers Post, Anstey Gate, Haddon Hill and Wimbleball Lake. For more enthusiastic astronomers, telescopes can be hired from the Exmoor National Park centres at Lynmouth and Dunster.

2) Hunt for Deer (with your camera)

Home to over half of all the red deer in England, you would think that spotting the UK’s largest wild land animal would be easy on Exmoor. But those who have spent hours glued to binoculars know that’s not necessarily true.

This all changes in the autumn during the red deer rut. From late September until November, as the luxuriant foliage dies down over the moors, testosterone-fuelled stags give away their location by ‘roaring’ or ‘bolving’.

This timeless sound echoes down the centuries, warding off any male interlopers hoping to get up close and friendly with the stag’s group of hinds. There are an excellent range of small safari companies who offer 4x4 off-road discovery tours in the area and the driver/guide will know the most likely places to spot these magnificent beasts. Exmoor National Park Rangers also lead deer walks in the park.

Many of Exmoor’s hills are covered in trees and save their very best show for the end of the year. The rich pallet of golds and browns is hard to beat and regularly inspires artists and poets who try to capture the abundant autumn colour.

Head to Lynmouth and walk up the East Lyn River to Watersmeet where you’ll be surrounded by arboreal splendour.

Good for your mental health too; In a recent survey, Forestry Commission England found that an impressive 96 per cent of people said that beautiful autumn colours improve their mood. 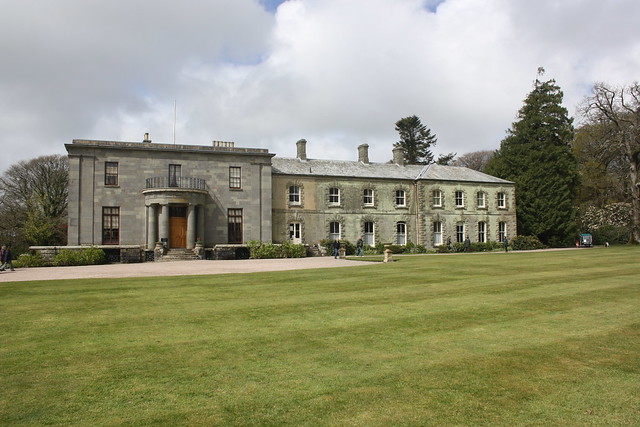 Synonymous with Halloween, Bats have an undeservedly bad press. Come and learn more about them this autumn at Arlington Court, a beautiful National Trust property on the outskirts of Exmoor.

Here there are a colony of around 150 lesser horseshoe bats which use the basement and roof voids as their home. (As all bats in the UK are protected species under law, a bat cam has been set up nearby where you can watch the colony in their roost in the roof space.)

The beautiful and diverse landscape of Exmoor provides a naturally rich and abundant source of food. Farmers and fishermen have been working the land and reaping the rewards of this bountiful area for hundreds of years.

Coast and countryside, moors, lush valleys and cold clear rivers change with the climate and all contribute to the delicious local produce offering a unique and distinct flavour. Autumn is a special time on Exmoor, and the area is renowned for its local venison and game.

Order from local producers, pop along to a local farmers market or enjoy a delicious meal at one of the area’s award-winning local eateries. No food miles here!