9 historic castles to visit in Sussex

Dotted around our county are numerous fortifications that have played a crucial role in protecting Sussex and the rest of our nation from invasion. We take a closer look at 9 of these historic locations | Words: Steven Roberts 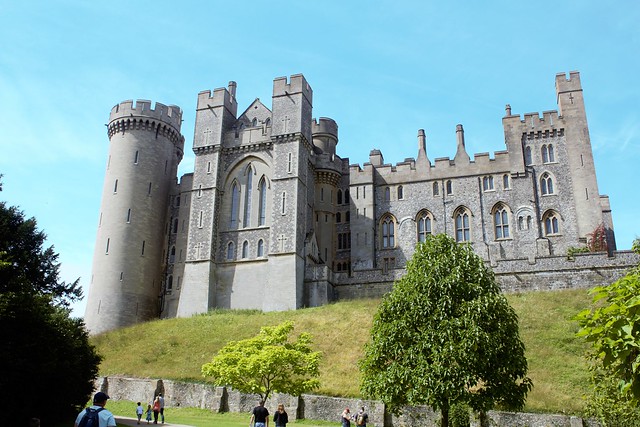 Magnificent viewed from the south, Arundel is not as ancient as it might first appear. Three times besieged (the last time in the English Civil War), the castle had become ruinous until the 8th Duke of Norfolk began restoring it in the early 18th century.

The castle, in all its guises, has been home to the Dukes of Norfolk for almost 1,000 years, although most of what we see today is Victorian Gothic.

The Fitzalan Chapel is a unique eccentricity, quarantined from its connected parish church by a glass wall, as it was deemed to be a separate structure in 1879 and therefore still part of the Catholic Church. Arundel is a variation on the traditional motte and bailey in having two baileys, with motte between. 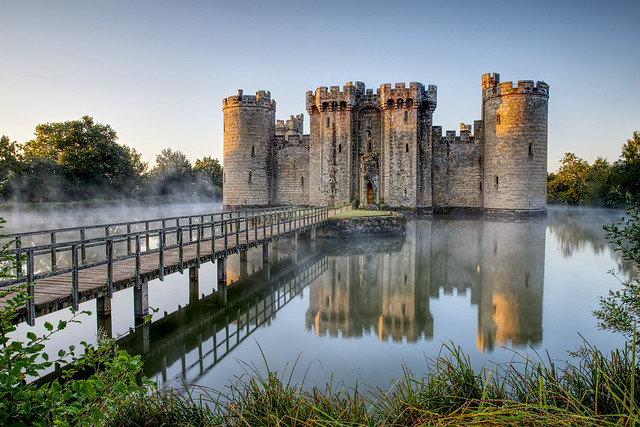 Bodiam is the National Trust’s finest ruined castle, a 14th century creation of the flamboyantly named Sir Edward Dalyngrigge, who had made a fortune out of the wars in France.

Built to protect the River Rother from French raiding parties, a harbour was even built for ships sailing upriver. In 1483 Bodiam was held for claimant Henry Tudor (later Henry VII) against the crowned king, Richard III.

The castle was slighted (ruined) after its capture by Parliamentarians in the English Civil War. Today’s ruin has a singular beauty due to its wide moat and water defences. 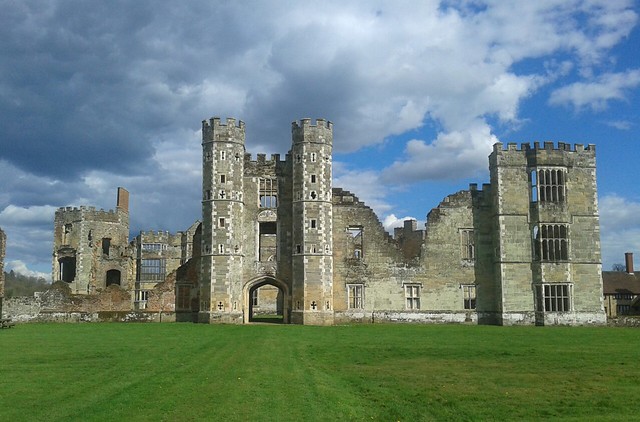 Near the centre of Midhurst lies Cowdray, which has a particularly fascinating history. Henry VIII visited several times, as did a young Edward VI in 1552 and Elizabeth I, who shot four deer there in 1591.

The 2nd Viscount Montague was implicated in the Gunpowder Plot and imprisoned for a year before being pardoned, whilst the 8th Viscount lost his life trying to shoot rapids on the River Rhine.

Cowdray is one of England’s most important early Tudor houses, albeit it was partially destroyed by fire in 1793, hence today’s ruins within Cowdray Park. 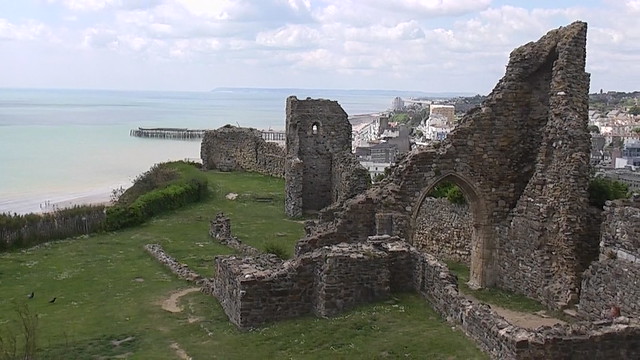 Brought over from Normandy by William’s invaders as a prefabricated wooden castle, this original structure was replaced by stone not long after, with today’s ruins being mostly of the 13th century, when violent storms took much of the castle into the sea.

The first tournament held in England was staged at Hastings with the Conqueror’s own daughter, Adela, playing the ‘Queen of Beauty’. The French attacked Hastings twice in the 14th century and destroyed parts of the town, which were not fortified.

Even the Luftwaffe had a go, with further damage inflicted on the castle in World War II. Intriguingly, the motte at Hastings could be the Conqueror’s original from 1066; this has never been disproved. 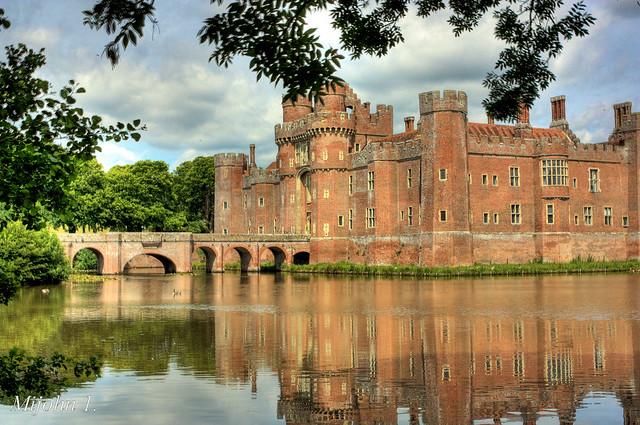 A remarkable castle, tucked away in a valley between Lewes and Battle, Herstmonceux was built by Sir Roger de Fiennes, an Agincourt veteran, in the mid-15th century. This is late castle building, when thoughts were turning to comfort and appearance as much as defensibility, hence its building from Flemish bricks rather than traditional stone.

De Fiennes became Lord Dacre and Henry VI’s Treasurer of the Household, but the Dacre family appeared to hit upon hard times, leading to the castle’s sale and eventually decay.

Thomas, Lord Dacre, was implicated in the murder of a neighbour’s gamekeeper and was executed by Henry VIII. The castle was only restored to the splendid building we see today in the 20th century, starting with Col. Claude Lowther MP. 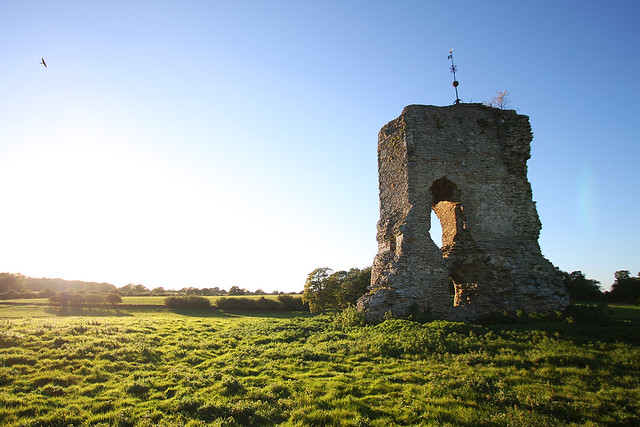 It is a ruin, but two windows remain and a modern Gothic ‘castle’ stands nearby, built by John Nash and once the home of Sussex historian Sir William Burrell. The Burrells have lived here for over 220 years.

The old castle belonged to the de Braose family, then forfeited to King John, who used it as a hunting lodge. 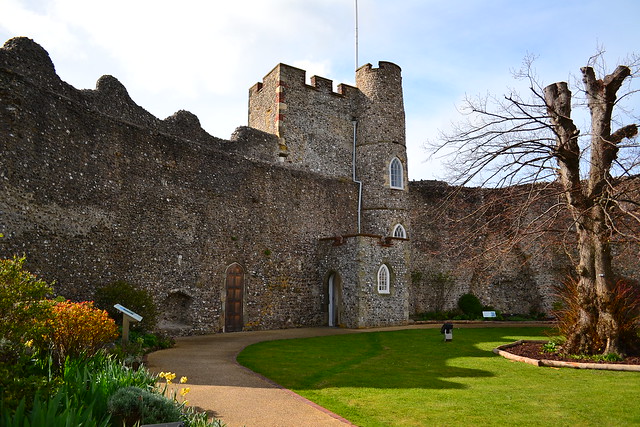 This is a remarkable castle for having not one but two mounds, plus a shell keep and tower keep. Two polygonal towers remain, as well as a fine barbican (outer gatehouse).

John, the 7th Earl of Arundel, fought for King Henry III at the Battle of Lewes (1264), fleeing to France when the royal army was defeated and the king captured, returning the following year, when Simon de Montfort’s rebels were defeated at Evesham.

The castle grounds have contained such antiquities as railings made in Sussex for St Paul’s Cathedral, an Armada cannon, a Russian gun captured in the Crimea and even two prehistoric canoes. 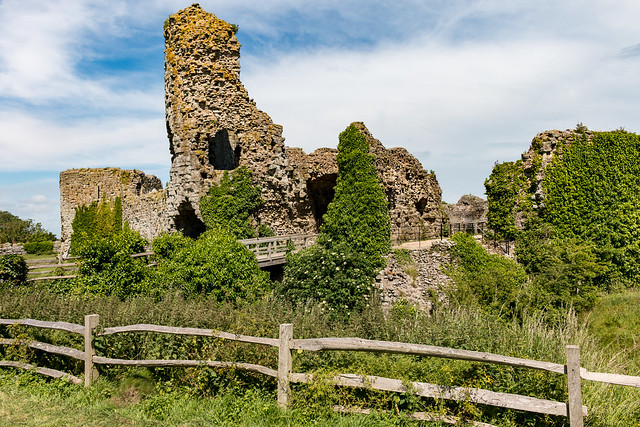 The Normans landed near here in 1066, but the castle which once stood beside the sea is now a mile inland due to gradual alteration of the coastline.

The castle was besieged several times during its history, including by the forces of William Rufus, King Stephen, Simon de Montfort and Richard II. Having become ruinous from the late 18th century, it found a new lease of life in World War II when it housed machine gun positions and anti-tank weapons.

Pevensey has the unique distinction of being the first castle raised in England by the Conqueror, immediately upon his landing in 1066. 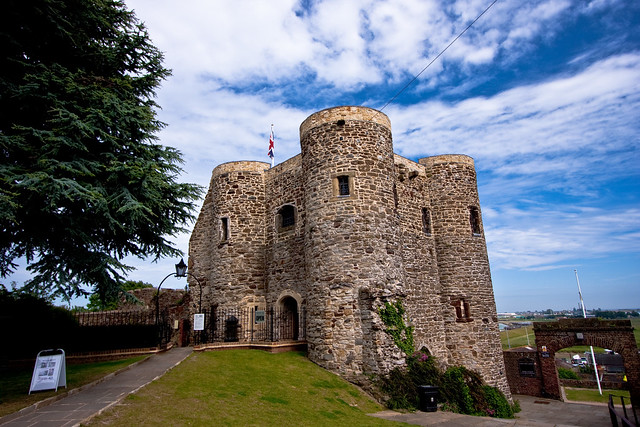 An attractive town today, Rye was attacked more than once by the French, which explains its mighty fortifications.

Ypres Tower was built on the orders of Henry III as part of the town’s defence. In 1377 it was burnt to the ground, but today looks impressive and commanding, albeit on the small side.

It was used as a prison in the 19th century, has also served as a mortuary and is today a museum.