10 coastal walks in Suffolk with pubs along the way

After a relaxing stroll around the Suffolk coast taking in the magnificent seaside sights, a pint of real ale and pub grub really hits the spot. We choose 10 of Suffolk’s best coastal pub walks

Located just over the River Blyth from Southwold, Walberswick, its beach and its surrounding marshland has long been popular with artists and visitors. You'll be able to see precisely what they found so inspirational on either the long or short walk devised by Suffolk Coast and Heaths.

Both the 3.75-mile and the 2.5-mile routes start at The Bell Inn - a 600-year-old pub with quiet alcoves and a beautiful beer garden - and pass The Anchor so you have plenty of choice after striding it out around the village church, Walberswick common and, if you've taken the longer trail, up towards Bailey Bridge. 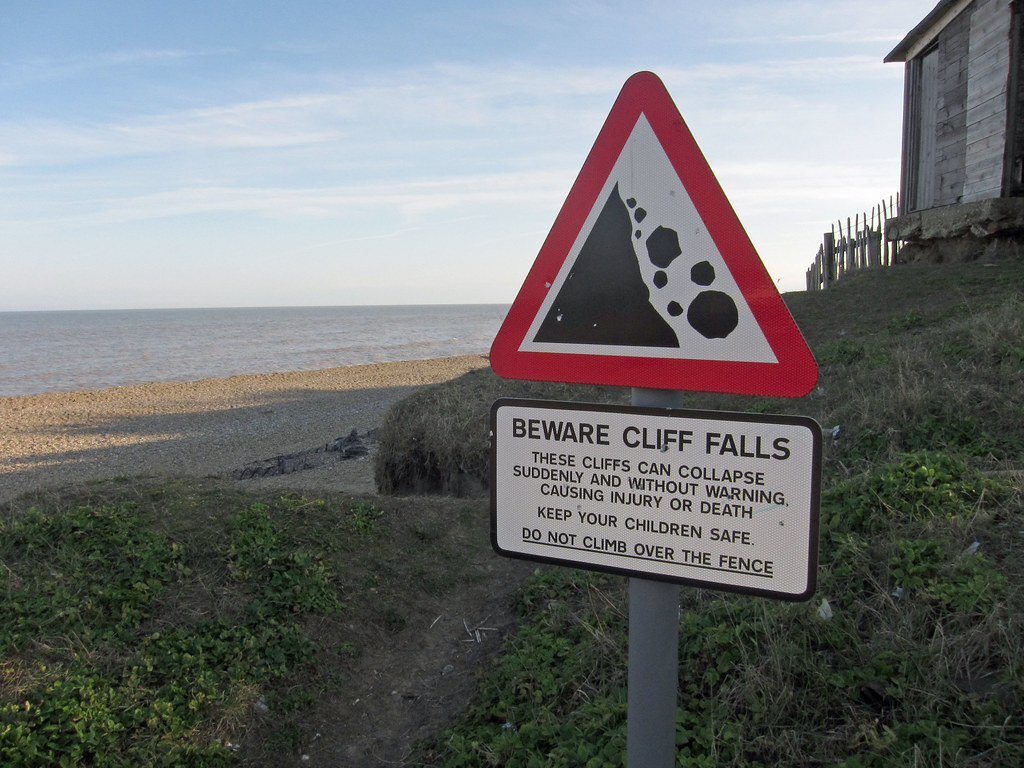 Perhaps the reason so many people cite Dunwich as one of Suffolk's most haunted locations is that people are returning from The Westleton Crown a little worse for wear after completing the inn to inn walk.

The other inn in question is The Ship at Dunwich - the pub who has actually devised the walk - and their 3.5-mile route heads inland to Westleton before returning near RPSB Minsmere, through the National Trust's Dunwich Heath and past the remains of Greyfriars Monastery. 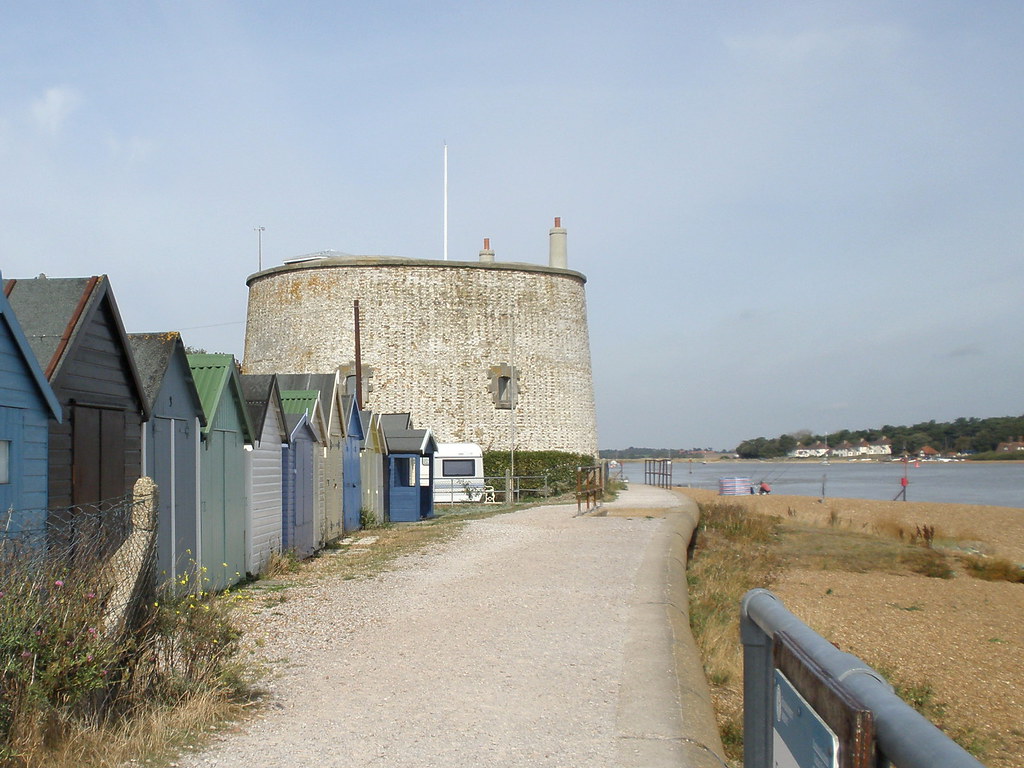 Head a couple of miles along the North Sea towards the mouth of the River Deben and you'll find Felixstowe Ferry, a hamlet known for its ferry over to Bawdsey - something you could take if the 6.5-mile Fish and Ships walk we've selected isn't enough for you.

Beginning at the Ferry Boat Inn, the trail first heads inland while following the banks of the Deben before jutting back inland adjacent to Kings Fleet, an inlet off the river that is the final remnant of Goseford, a formerly prominent medieval port. If you visit in the summer, enjoy your pint from the inn on its grassy patch out front or in the bitter winter huddle around the log burning stove.

Explore these other Suffolk locations:

Back in 2010 this 5.5-mile walk around Orford Ness National Nature Reserve was named as one of the 10 best in the UK by the Guardian and it's easy to see why. As well as being the largest vegetated shingle spit, it also possesses considerable historic importance in the field of military testing with atomic bomb tests ending at the site in 1971.

Before taking the ferry from Orford Quay over to the nature reserve, note the location of The Jolly Sailor as that'll be your spot for a post-ramble drink. Information displays are dotted around the reserve so be sure to take the time to brush up on the ecology and history of this strikingly beautiful area. 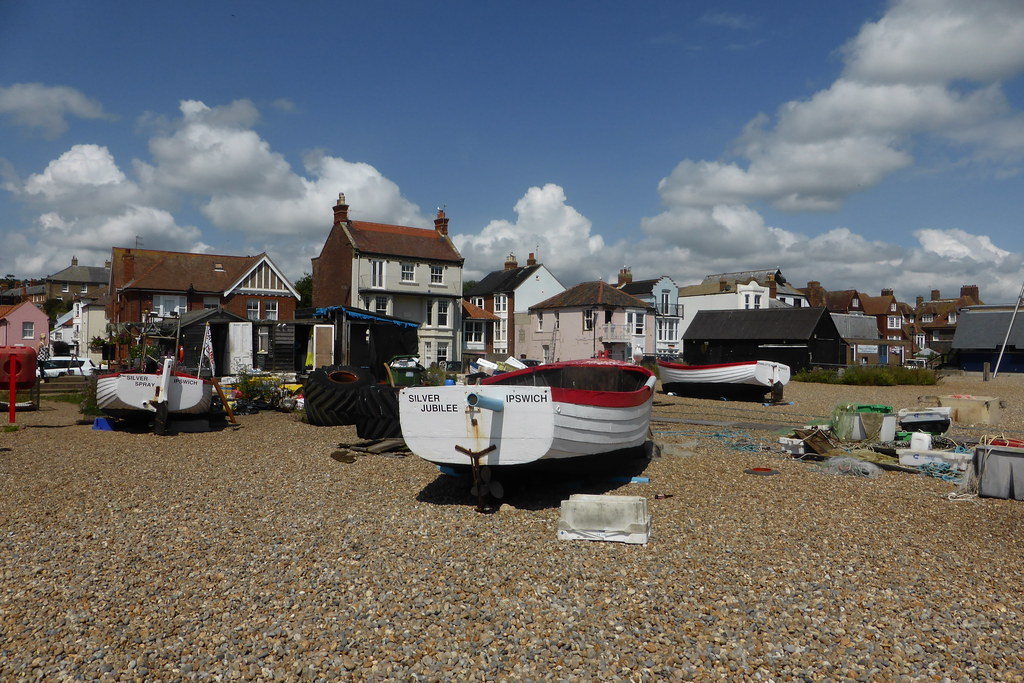 Suffolk has no son more famous than composer Benjamin Britten and this six-mile route around Aldeburgh, its marshes and Slaughden Quay is a tour that will give you a glimpse into the great man's life.

After walking the trail and experiencing the same atmosphere and goings-on that inspired Britten to write works like 'Peter Grimes', have a drink in Ye Olde Cross Keys which, instead of a beer garden, has a beer beach. 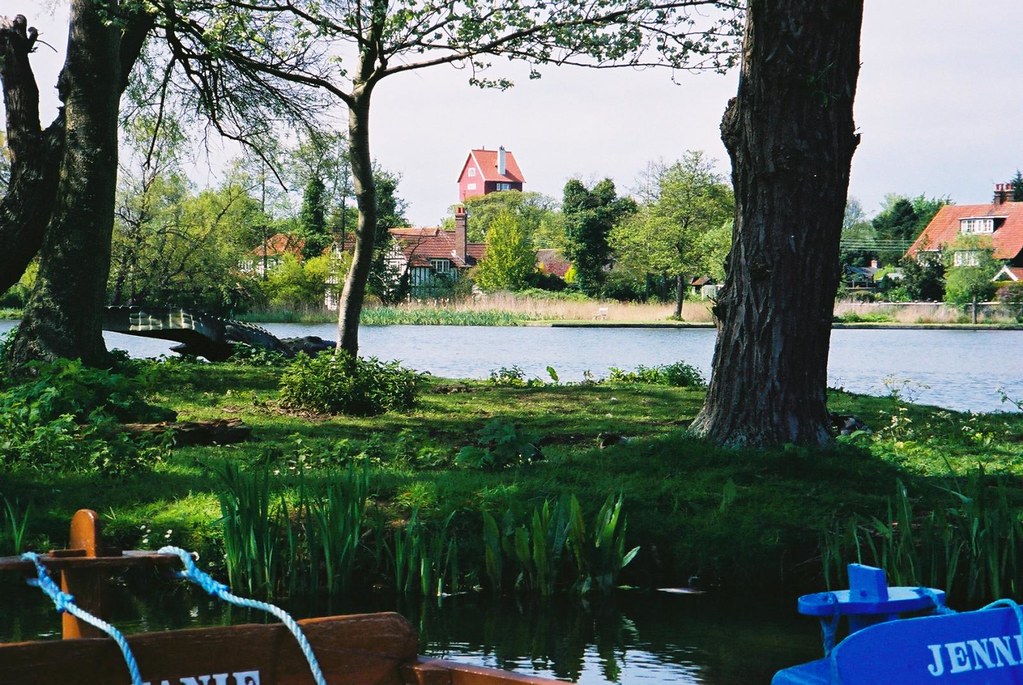 Thorpeness - one of Suffolk's most unusual locations - is a place that really needs to be seen to be believed. As you pass through this specially-created holiday resort on your 5.5-mile walk, you'll see oddities like the iconic House in the Clouds and mock Tudor homes and if you're visiting in August, you may well get to see the Thorpeness Regatta on the man-made mere.

From Thorpeness the walk goes through countryside woodland and grazing marshes before bringing you back out by the coast at Sizewell. Here you could have a swift half at The Vulcan Arms and then follow the coastal path back down to Thorpeness for a bite to eat at the Dolphin Inn. 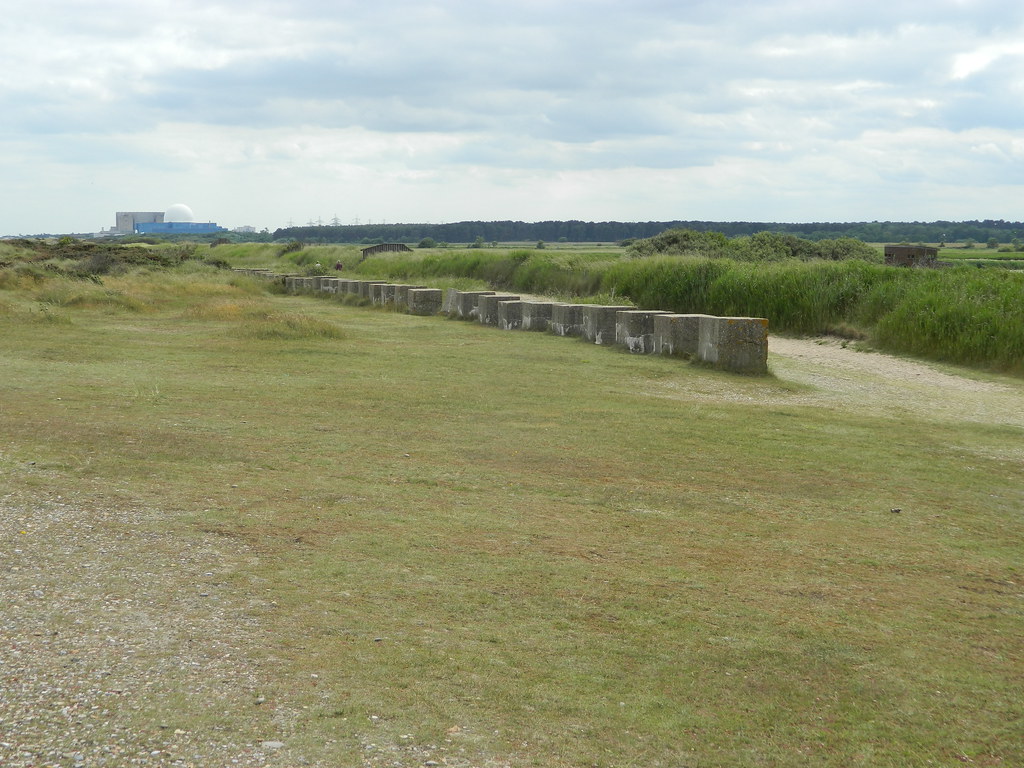 The five-mile walk we've chosen here actually circles RSPB Minsmere but if you feel like a long day of walking then you can enter the nature reserve for £9 to walk their selection of trails and spy the variety of species living in the area from one of the hides.

From the Eel's Foot Inn in East Bridge follow the footpath towards the coast and past the original site of Leiston Abbey. As you head towards the coastguard cottages in Dunwich you'll get cracking views over the reserve and back towards Sizewell nuclear plant before the track loops you back in towards East Bridge once more. 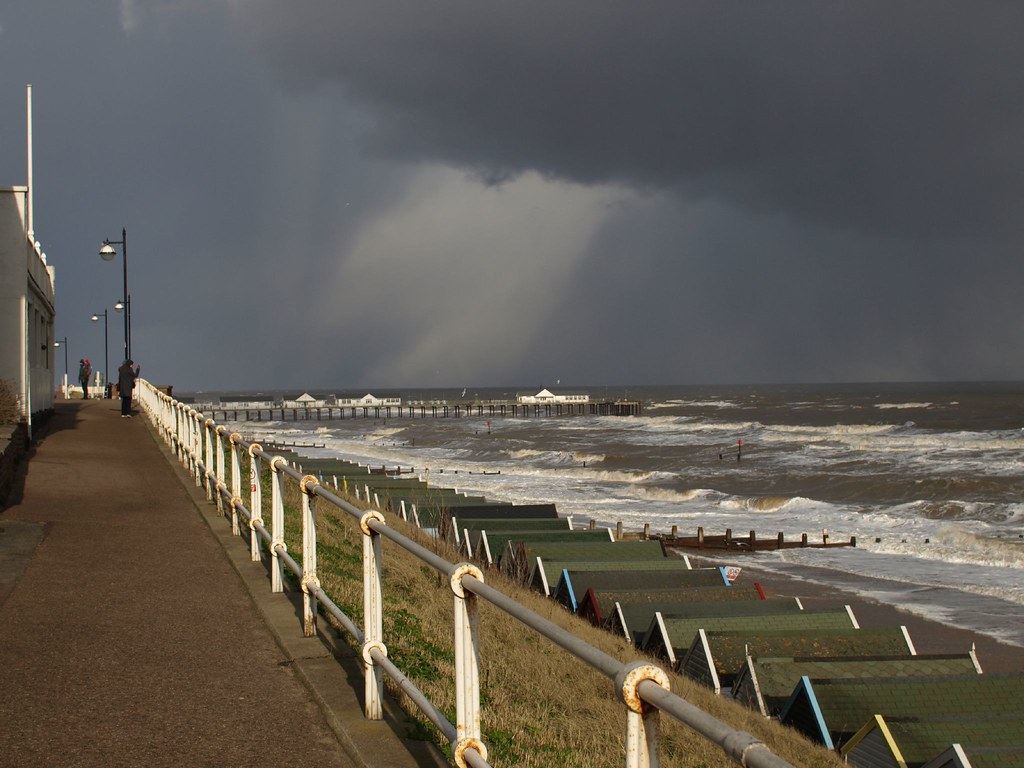 There's no shortage of great pubs here in Southwold - it is the home of Adnams after all - and this four-mile walk runs past no fewer than three that you could easily drop into. Get a few shots of the iconic pier and then go towards the main part of town and take your pick of the town's taverns.

If you're thirsty visit either the Sole Bay Inn or The Lord Nelson, but if not you can always incorporate these two at the end of the route. The third pub we'd recommend on the route is the Harbour Inn, a riverside watering hole that will be your last chance for refreshment before you progress to Reydon Marshes and Buss Creek. 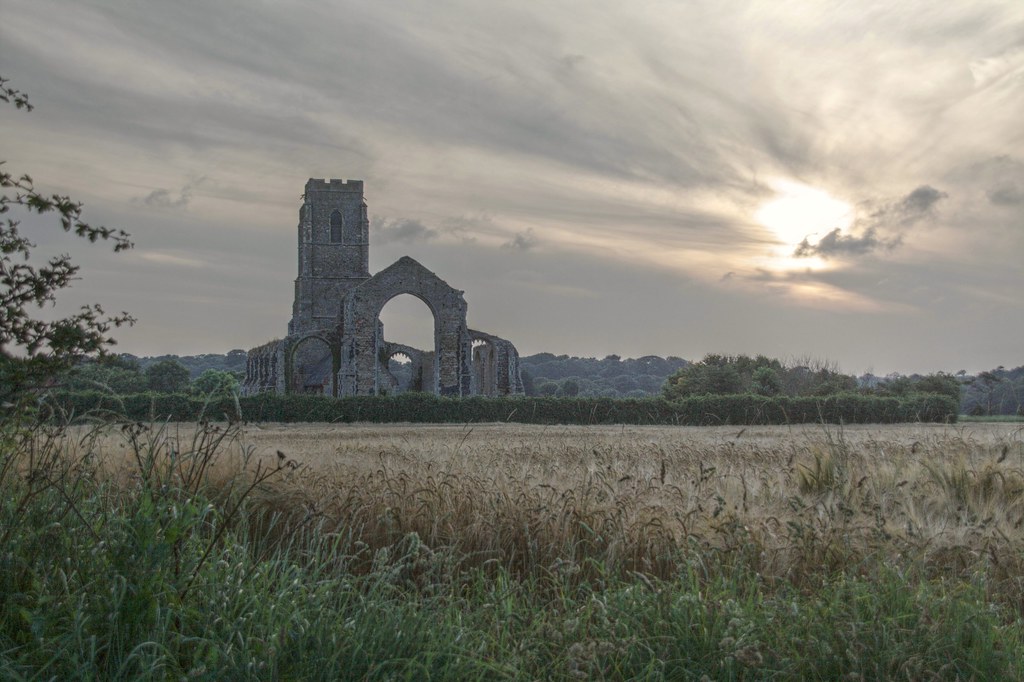 The ancient St Andrew's Church in Covehithe is one of Suffolk's most striking coastal scenes and so is appropriately central to this five-mile walk. Parking up in Wrentham is your best option due to limited space down at Covehithe and while you're a little inland you can scope out The Five Bells Inn and the Horse & Groom, your two choices for food and drink.

On the route down to the coast you'll only really see the odd bit of farm traffic so you can safely bring the pooch with you without worrying about any rogue vehicles. Once you reach Covehithe the route gives you the option of staying up above the cliffs or heading a little further on down to the beach and the broad. 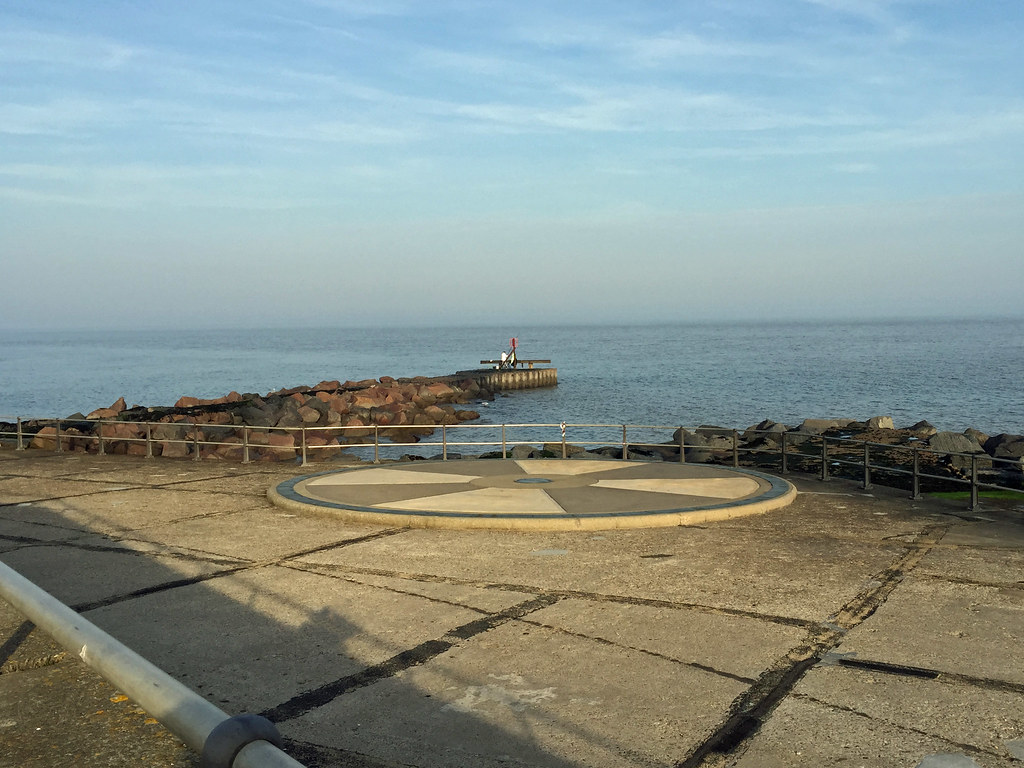 Starting and concluding at train stations, you need not be concerned about finding a designated driver for this five-mile pub walk. Arriving into Oulton Broad South station, you quickly move on to Nicholas Everitt Park and over towards Normanston Park while running alongside the shipyards at Lake Lothing.

Just prior to reaching the coast you'll snake your way past Lowestoft Lighthouse and Lowestoft Maritime Museum, two of the town's most iconic locations that both have great views of the North Sea. Once you're down to sea level, follow the sea wall along to Ness Point, the country's most easterly point. From there it's not far to Lowestoft station but before you get your train home, wander a little further down the A47 to find The Harbour Inn for a pint by the water.

9 of the best Dartmoor walks