Cornish waterfront towns and villages are some of the most beautiful in Britain – think rocky alcoves, bobbing sailboats and pastel-coloured fisherman cottages. We pick some of the prettiest harbourside locations to explore...

Some locations and events mentioned will currently be closed or postponed due to the COVID-19 pandemic, so don't forget to earmark them for future visits.

On the south coast of Cornwall, between Plymouth and Falmouth, lies the China clay port of Fowey. A popular destination for holiday makers, locals and sailing fanatics alike, the colourful harbour is a wonderful spot on the Cornish coast for locally sourced seafood, breathtaking views and English maritime heritage.

It is set in an Area of Outstanding National Beauty, and the town is characterised by quaint medieval and Georgian buildings. Don't be surprised to see large cruise ships stopping by for the spectacular scenery.

Don't miss: A trip to the Fowey aquarium to see the local marine life that frequents the Cornish coast. 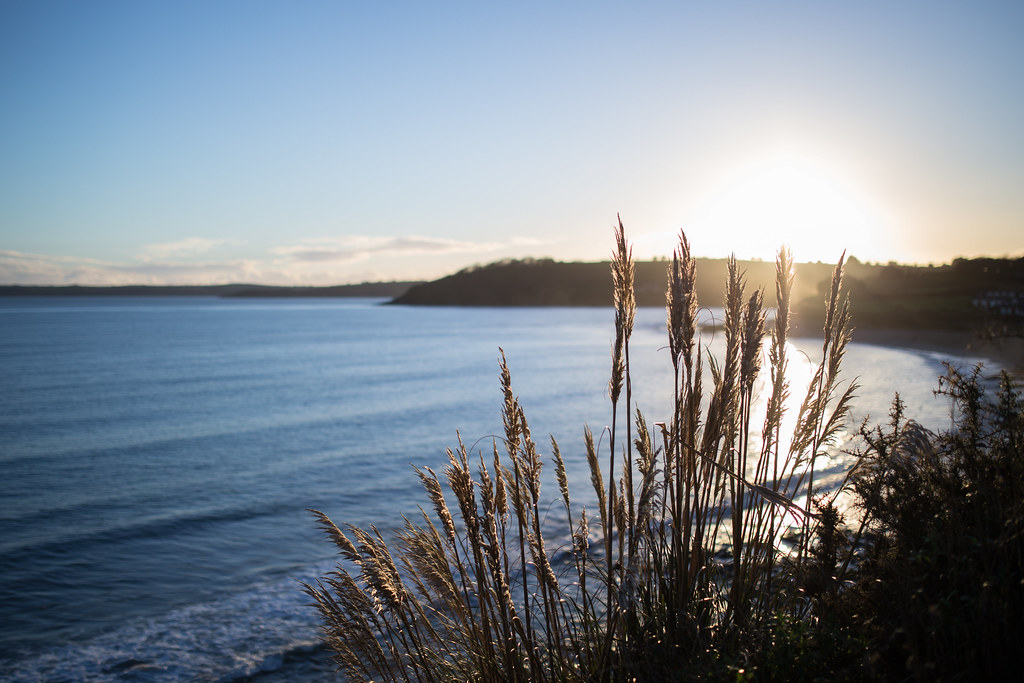 The harbourside town of Falmouth is home to the third-largest deep water harbour in the world. Its bustling high streets are outlined with quirky, independent shops, art galleries and venues regularly putting on live shows by some of Cornwall's most talented musicians. Falmouth has been described as a foodies paradise with a selection of waterside restaurants offering locally sourced seafood dishes on the menu. Restaurant Four and The Cove are both eateries well worth visiting.

Don't miss: The National Maritime Museum uncovers the long lost secrets behind some of Falmouth's most intrepid explorers. 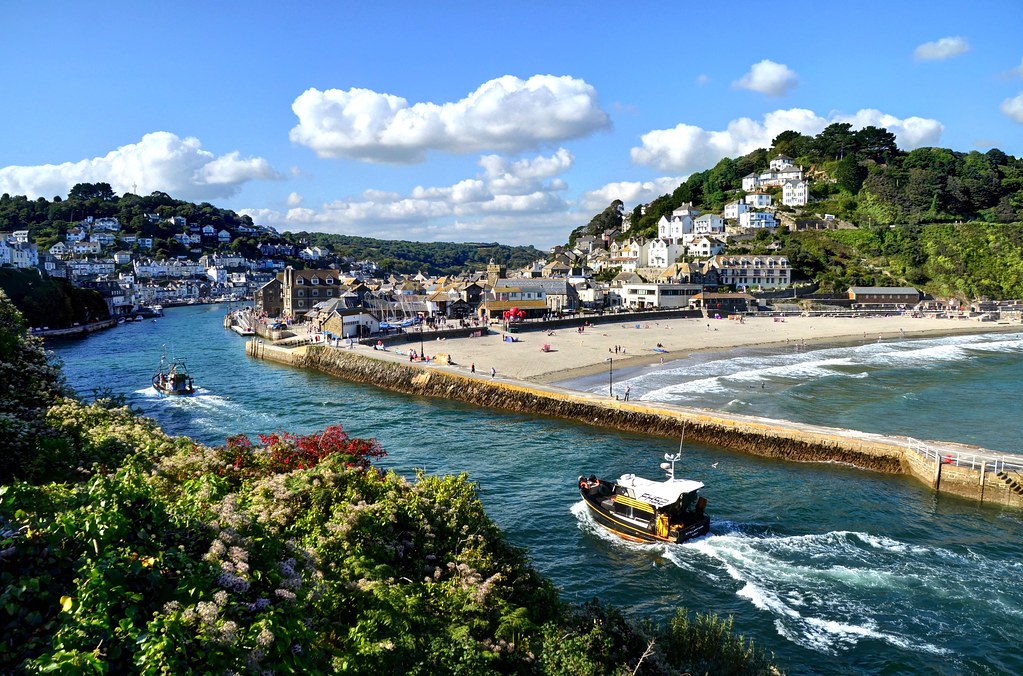 Are you looking for beautiful beaches and the feeling of a fresh, salty breeze in your hair? Then Looe could be the place for you. Surrounding the harbourside town are miles upon miles of soft, sandy beaches and rock pools teeming with aquatic wildlife.

The east side of the town has lots of restaurants and independent shops full of knick-knacks - perfect for spending the afternoon exploring. If you're not a shopaholic, head to the west of the bridge for peace, quiet and a tasty afternoon tea.

Don't miss: Looe island has magnificent views that stretch as far as Prawle Point in Devon. It can be accessed by boat. 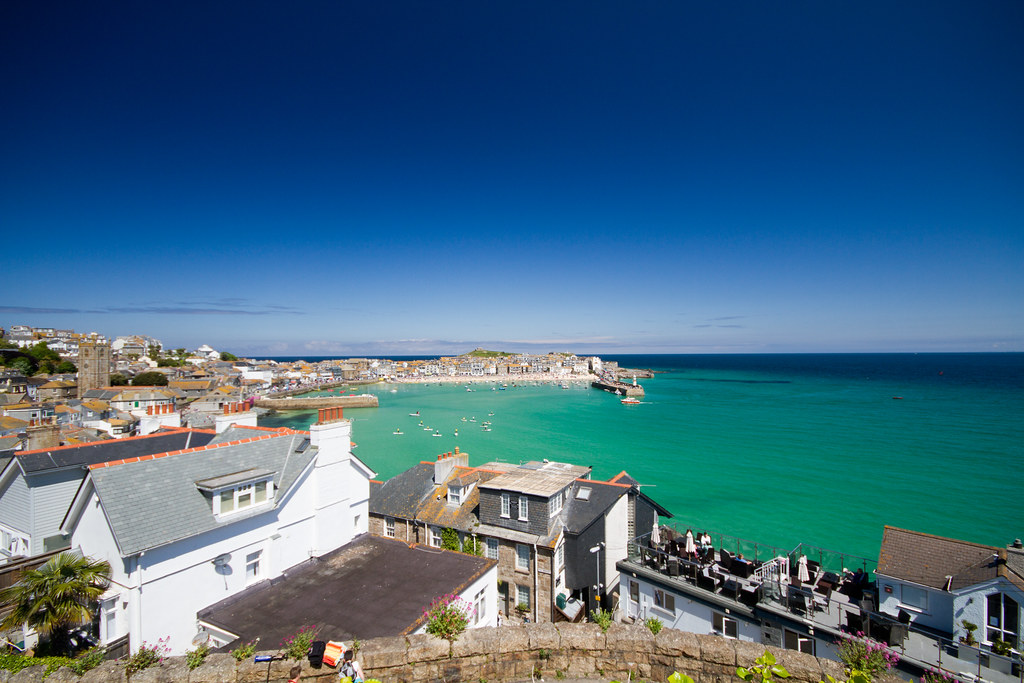 Perhaps known as one of the most popular staycation destinations within the UK, St Ives is bustling with activity in the summer, while peaceful and heavenly in the winter. Whatever the season, this pretty harbourside town always has picturesque views across St Ives Bay to Godrevy Lighthouse and beyond.

The cobbled backstreets are perfect for shopping, or ducking your head into a slate floored, low beamed bar for a pint of Cornish Rattler and some locally sourced whitebait. Keep an eye out for the seals that pop their head out of the harbour for a quick hello.

Don't miss: The St Ives Food and Drink Festival takes place every May and there is an abundance of mouth-watering food stalls there every year. There is also Cornish wine on offer and it's definitely worth a try. 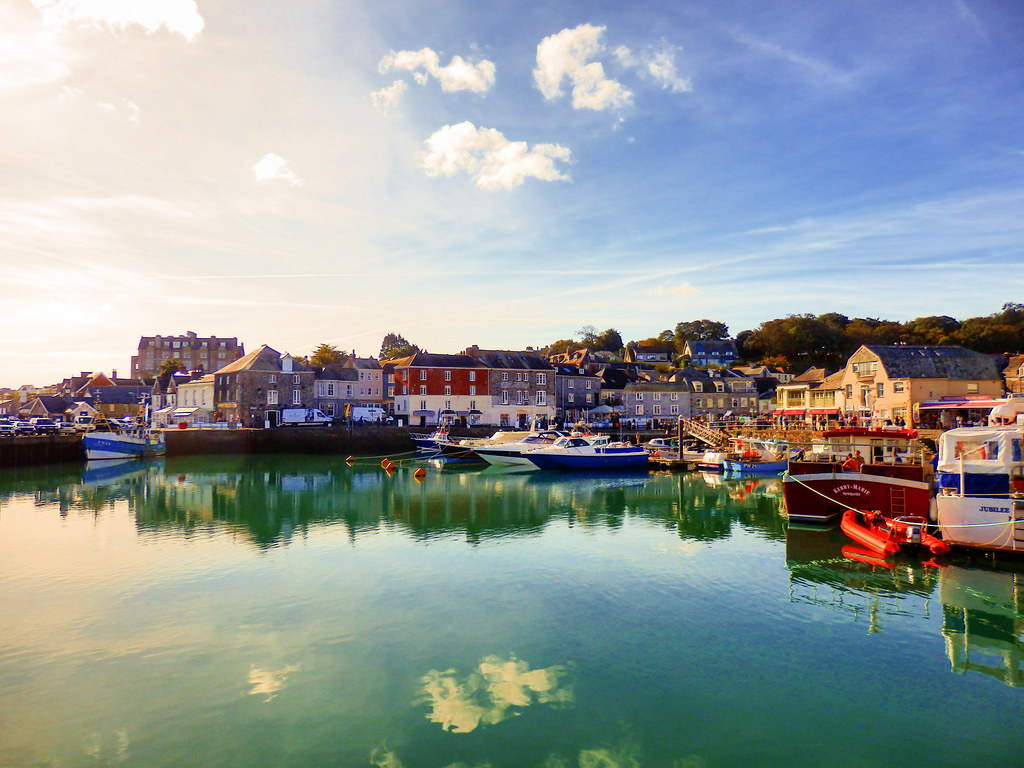 This magical harbourside town can be found at the head of the Camel River on the north coast of Cornwall. It is characterised by the beautiful fishermen cottages that overlook the harbour and the sailing boats that can be found bobbing in the water.

Padstow is a favourite spot for holiday makers as it is perfect for crabbing and eating salty chips straight from the paper along the harbour front.

Don't miss: The town is a popular foodie destination for seafood lovers as both Rick Stein's restaurant, and fish and chip shop can be found a stone's throw from the waterfront, in addition to many authentic Cornish seafood restaurants. Polperro is one of the quieter Cornish villages, which makes it all the more enchanting. It's famous for its bright white fishermen cottages with slate roofs and its winding cobbled back streets that lead you away from the harbour. The streets are extremely narrow which means there is little traffic and lots of freedom to explore.

Don't miss: The River Pol runs through Polperro, so there is the constant and tranquil sound of water - whether that is the tide lapping the walls of the harbour, or the River Pol making its way to the sea. 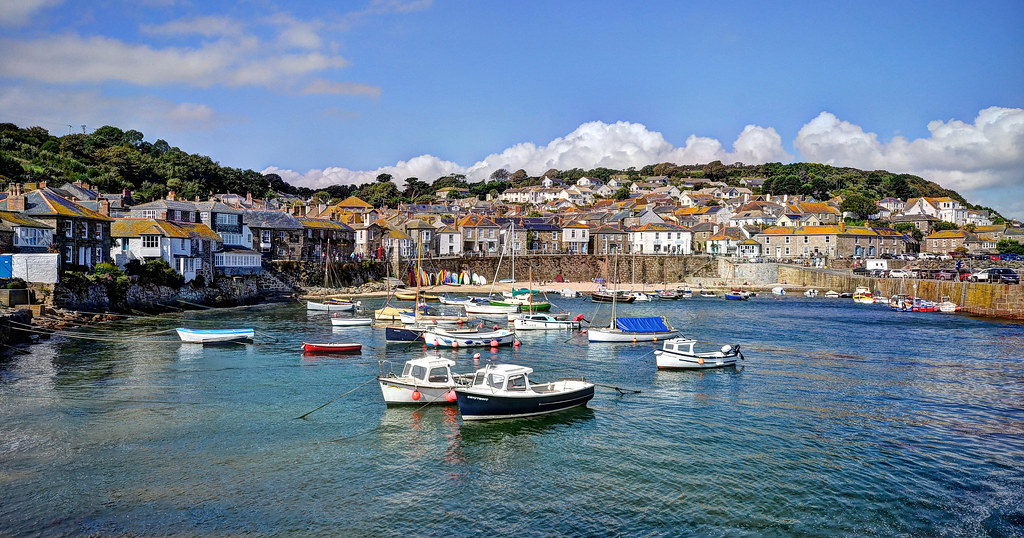 Situated in the west of Cornwall is the picturesque fishing port of Mousehole with its quaint, cobbled streets and sandy beach. Pack a hamper and take the family to Minack Theatre; a beautiful open-air theatre overlooking the coast with perfect views while you enjoy a delicious homemade picnic.

Don't miss: For those with little ones, make sure to visit the aquarium while in Mousehole, there are plenty of beautiful fish to spot! 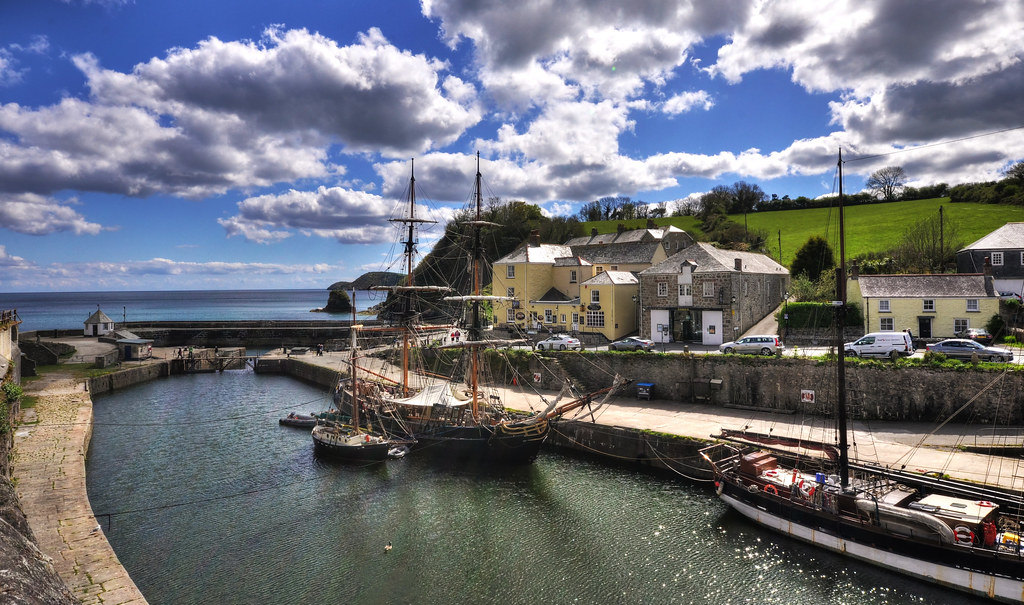 Charlestown is located in South Cornwall; when the village only had a small population it was known as West Polmear but after development in the 18th century its name got changed to Charlestown after the local landowner Charles Rashleigh.

Don't miss: The Cornish gem was originally built to export copper and import coal but now has become a popular destination, especially in the film industry. The village has already made appearances in Poldark, Alice in Wonderland and the Rom-Com, About Time. Keep an eye out for these famous filming locations whilst you're exploring the village. 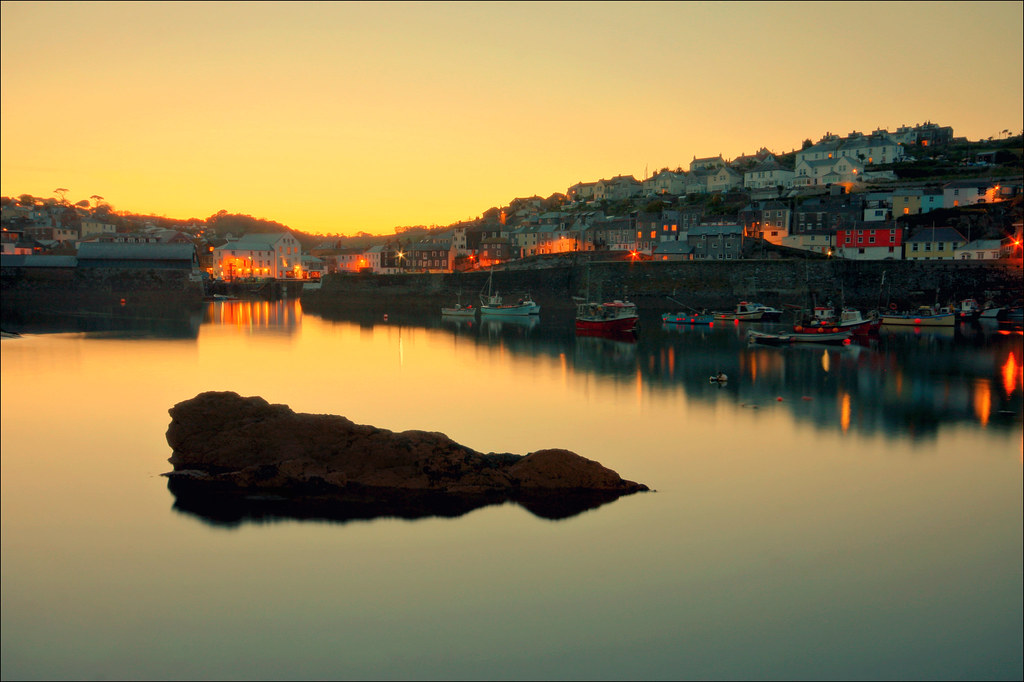 This picturesque coastal town once hosted the centre of Cornwall's pilchard fishery and still retains a working harbour to this day. Take a ramble around the harbour front and you'll find a dozen fishing boats bringing in today's catch.

Don't miss: Explore the narrow backstreets of Mevagissey and you'll find an array of boutique shops, cosy pubs and restaurants.

We love seeing your beautiful photographs of Cornwall; tag us on Instagram @cornwalllifemag

This article was updated by Martha Griffiths in July 2021.