The story behind five local legends in Hampshire

From Netley’s phantom monk to the gruesome tale of Alice Lyle, Hampshire is full of local legends 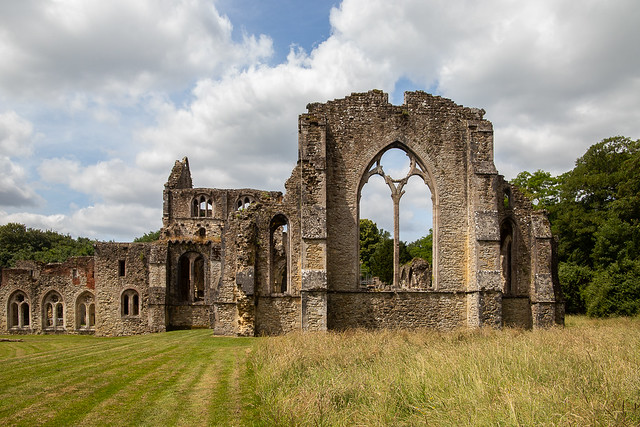 1. The phantom monk of Netley Abbey

Hidden behind the trees, not far from the Solent shoreline, is the ancient 13th century ruin of Netley Abbey. When King Henry VIII took control of the Church in order to marry Anne Boleyn, the monastery was seized and the monks unceremoniously turfed out. The abbey was then converted into a grand country mansion before later falling into disrepair and becoming derelict.

Over the years, the gothic, ghostly ruin became the source of inspiration for artists, poets and writers, from John Constable to Jane Austen. Today the beautifully preserved Cistercian monastery is now cared for by English Heritage.

Although supposedly unoccupied for hundreds of years, there are still said to be several inhabitants... Chanting and bells can sometimes be heard at night, while ghostly apparitions are occasionally spotted. One of these is Blind Pete, a hooded monk who was responsible for guarding the abbey’s treasure – a task he is said to fervently continue today.

Another tale speaks of one Walter Taylor, a builder once employed to demolish the church for building materials. Shortly before commencing, he woke up in a cold sweat following a nightmare in which he was crushed to death by a falling window arch. He decided to press on with the task anyway, only to later sustain injuries from, yes, a collapsed window arch that would ultimately take his life. 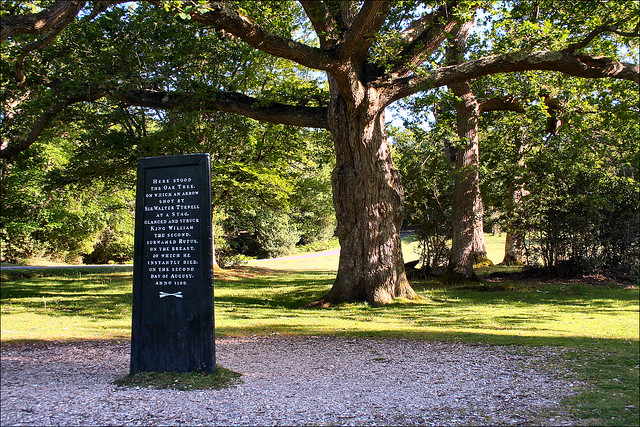 Soon after William the Conqueror arrived on our shores, he designated large swathes of the southern heathland and woodland as his ‘new forest’ for enjoying the royal hunt. But this wilderness is as ancient as they come, a landscape imbued with countless local legends.

When William died, the crown passed to his third son, William ‘Rufus’, so-called supposedly for his red hair, although equally an eerie portent of his untimely, bloody end. Some 13 years into his unpopular reign, Rufus was killed in a tragic accident by a fellow nobleman in his hunting party, Sir Walter Tyrrell. It was said that a stray arrow bounced off an oak striking the king in the chest.

But was it actually an accident or was something more sinister at play? To this day, historians still argue over the circumstances. We know Tyrrell fled the scene, while William’s brother Henry swiftly installed himself as king. According to legend, a trail of blood led all the way back to Winchester where the royal was buried.

A monument, the Rufus Stone, has been erected on what is said to be the very site where William died. The site is still said to be haunted, almost 1,000 years later. Perhaps more eerily, Rufus was actually the second of the Conqueror’s sons to be killed in a hunting accident in the New Forest, following his older brother Robert, some 25 or more years earlier. 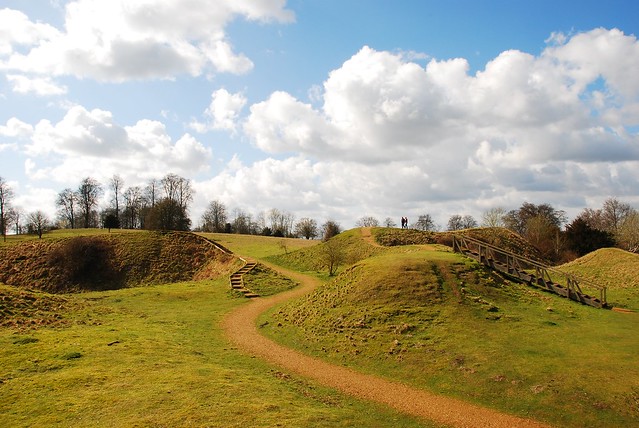 Hampshire isn’t particularly known for iconic prehistoric monuments, being somewhat unfairly eclipsed by its neighbours in Wiltshire (Stonehenge and Avebury) and Dorset (Maiden Castle). However, it’s home to Danebury, regarded as the archetypal Iron Age hill fort. From an academic view, it’s one of the most important prehistoric structures in Britain.

This ancient settlement is the very specimen from which we know so much about prehistoric hill forts more generally, largely thanks to legendary archaeologist Barry Cunliffe, who spent 20 years methodically studying the site. It was first constructed in the 6th century BC, some 600 years before the Romans arrived.

On its inception, as the home to the local chieftain or king, it would have been the centre of local civilisation and the grandest spectacle for miles around. Today, it’s overgrown and a little off the beaten track, but its the perfect detour for a brisk walk in the north Hampshire countryside, when spending a day in nearby Stockbridge or Winchester.

Danebury is yet to reveal all its secrets, but evidence suggests it was engaged in several fearsome battles, with the gatehouse burning down in one particularly brutal assault. 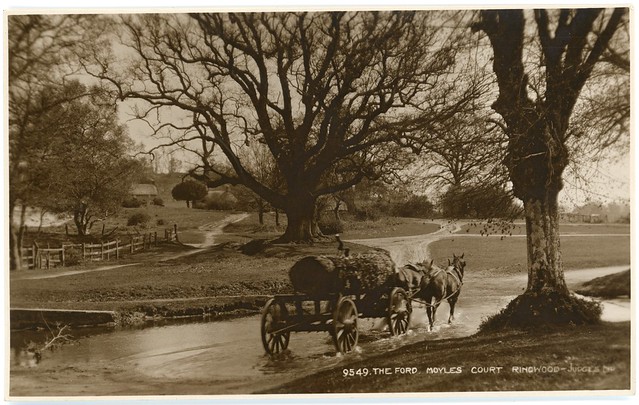 The curious case of Dame Alice Lisle is one of most tragic and legendary in Hampshire’s history. Following the defeated Monmouth Rebellion, an attempt to overthrow King James II, the 70-year-old widow agreed to harbour political fugitives at her home, Moyles Court, in the New Forest.

She was found guilty by the infamous ‘Hanging’ Judge Jeffreys, who apparently held a grudge for the fact that Lisle’s husband had been one of the regicides responsible for sending King Charles I to his death during the Civil War. Alice was sentenced to burn at the stake for her crimes, although she was granted an act of great clemency – the slightly more favourable option of having her head cut off instead.

The deed was done in Winchester, and she stayed in the city’s ancient Eclipse Inn the night before. She walked out of her bedroom window onto the specially prepared scaffold to meet the axeman.

She carries the honour of being the last woman to be beheaded in England by the state. Her headless body was buried at Ellingham Church in the New Forest. To this day, her ghost is still said to haunt both the Eclipse Inn and Moyles Court (now an independent school), making her quite a busy ghost! The nearby pub on Rockford Green still bears her name. 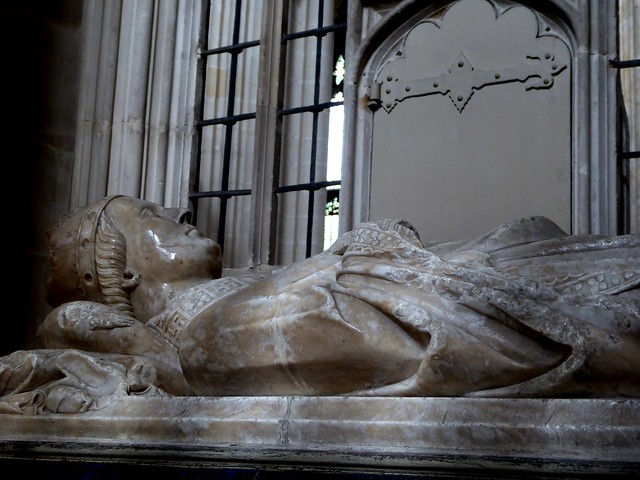 5. The miraculous Bishops of Winchester

The ancient capital city of Winchester is home to more legends than you could shake a stick at. This beautiful market town seeps history from every nook and cranny, from the Roman remains of Venta Belgarum to its links with Alfred the Great, whose bones may have recently been rediscovered at the site of Hyde Abbey.

Many of Winchester’s bishops have been immortalised in lore, not least the enigmatic St Swithun. The 9th century Bishop of Winchester was originally buried outside the cathedral, according to his final wish.

Yet, when his body was later disinterred and moved, it is said to have rained for 40 days. Now, if it rains on St Swithun’s Day (15 July), it’s a portent of rain for the following 40 days.

Another Bishop of Winchester from the 13th century, Peter des Roches, was known as the Butterfly Bishop. He got this name one day after a visitation from the mythical King Arthur while hunting. When Arthur told Peter to close his hands then reopen them, a butterfly flew out – a miraculous feat that Peter was able to repeat on request for the rest of his life.

• Here’s what it’s like to live in Winchester - Can happiness be found by living in the ancient capital of Wessex? Emma Caulton wonders and wanders