An early Portsmouth Grammar prospectus from the 1900s - Credit: Archant

The main gate at Lord Wandsworth school as it looked in 1926 - Credit: Archant

When the first ‘Foundationers’ as they were known arrived at the College in 1922, these were the children of orphaned agricultural workers in need of board alongside their lessons. And, whilst fee-paying students joined them in 1946, the Foundation and its principles still lies at the heart of life here.

So it’s fitting that Stern Farm, named after Sydney Stern, Baron Wandsworth, who made the original endowment still sits within the rolling 1,200-acre site. This now includes many more College buildings and facilities enjoyed by a co-educational community of boarders and day pupils.

Did you know? The Surrey home of Lord Wandsworth’s younger brother Edward Stern became a school too, known today as Claremont Fan Court. 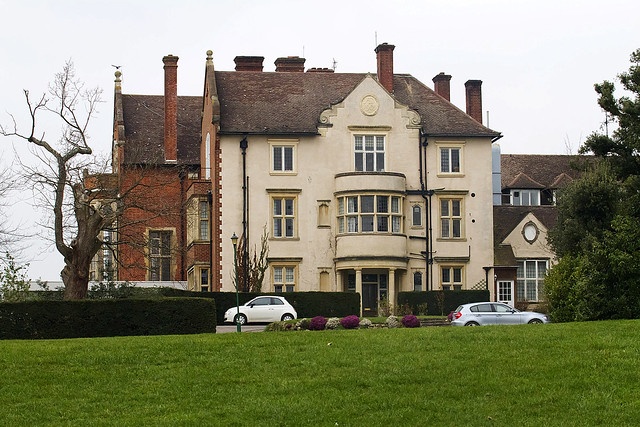 John Ruskin’s idea of educating ‘head, hand and heart’ was adopted by JH Badley, founder of Bedales in 1893. And this kick-back against the authoritarian regime of Victorian public schools, provided the blueprint for following decades. Named after the Sussex house in which it began, Bedales moved to its 120-acre Hampshire site in 1900.

By 1953 the pre prep and prep were also established here too. Outdoor work is at the core of the Bedales ethos and can take the form of everything from hedge-laying to tending the resident flock of Jacob sheep. More formal lessons take the shape of Bedales Assessed Courses (BACs), the equivalent to GCSEs.

Did you know? Bedales has its very own lingo. ‘Jaw’ for example takes the place of what other independent schools refer to as chapel. 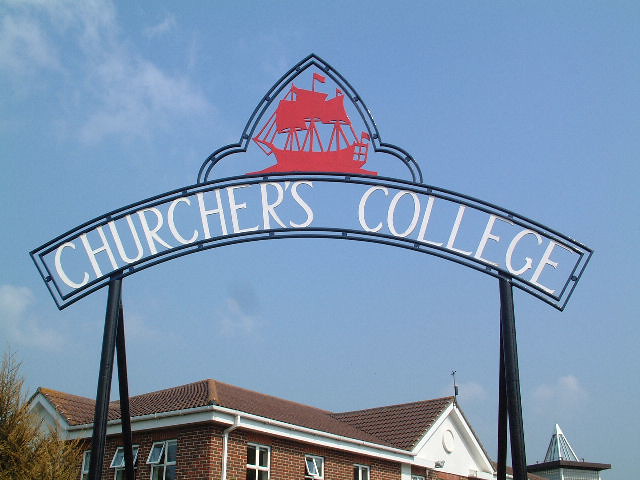 Today, Churcher’s College is a co-educational independent day school with over 1000 pupils across sites in Petersfield and nearby Liphook.

Originally, it stood in College Lane thanks to wealthy local businessman and philanthropist Richard Churcher having left money in 1722 for the education of a dozen boys aged between nine and fourteen-years-old. The idea being that they learn navigation skills, in readiness for apprenticeships with the East India Company.

Having become an ‘ordinary’ school by 1744, just over 100 years later Churcher’s moved to its current location on Ramshill, where the seniors are still housed. The school motto Credita caelo means to ‘Oversee the sky’.

Among the Old Churcherians are tycoon Tiny Rowland, and professional Arsenal and England footballer Calum Chambers.

Did you know? The College’s navel roots remain reflected in the house names which include Drake and Nelson. 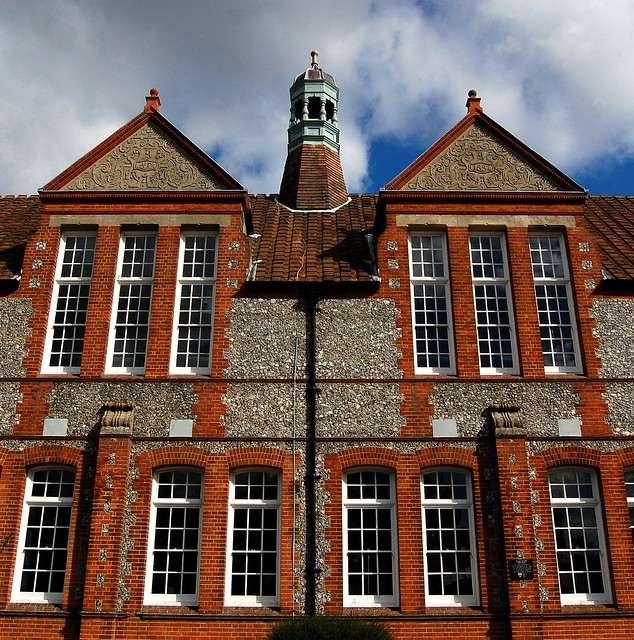 In 1888, two Basingstoke Board Schools were opened in Fair Close following the 1870 and 1876 Education Acts, and the amalgamation of several local schools.

Catering for an ever-expanding town population, the Fairfields Schools as they were known as witnessed ongoing changes in the educational landscape whilst continuing to teach several generations of the same family.

Having reached its centenary, Fairfields’ senior’s building became a county primary school, and the oldest in this part of north Hampshire. Meanwhile, new life was breathed into the former infants’ school as it morphed into a dynamic creative arts hub, used by the award-winning Proteus Theatre Company as well as for community classes and workshops.

Did you know? According to the newspaper coverage at the time, in 1888 school fees at Basingstoke’s Board Schools ranged from two pence to six pence.

A engraving of King Edward School VI from 1827 - Credit: Archant

Now better known simply as King Edward’s, or KES, the school was founded in 1553. Located on Hill Lane since 1938, its 21st century facilities include the 300-seater Dobson Theatre which is available for both school and community use.

Southampton Water Activities Centre gives pupils an opportunity to hone their sailing skills, whilst in 2004 the school purchased Lovaton Rural Study Centre close to Dartmoor as an off-site retreat for fieldwork and Duke of Edinburgh’s Awards.

Eight years ago, Stroud School in Romsey became the prep school to KES with its Forest and Beach School now an integral part of learning for younger pupils.

Did you know? Highwood House, home to the KES Prep School was built in 1850 by Captain Suckling, a relation of Lord Nelson.

In a city housing a major naval port, dockyard and garrison, the transformation of Portsmouth Grammar School over the centuries is inextricably linked to local military history.

From its humble Penny Street roots in 1753, the School, which opened thanks to money bequeathed by former Mayor and Physician to the Garrison William Smith, was re-founded as a Victorian grammar school almost 130 years later.

Its new site in Southsea offering 250 scholars a curriculum reflecting the industrial and technological age.

Winchester’s Northwood Park provided a temporary refuge for pupils and staff evacuated from Portsmouth in 1939. Restoration of the war-damaged school was cause for optimism a decade later with 600 boys entered in the register. Co-education followed in 1976, the opening of the pre-prep department boosting numbers further to just under 1000 children.

Did you know? Among the veterans of the Boer War decorated for their gallantry was Old Portmuthian Lieutenant William Henry Snyder Nickerson VC.

Tracing its origins back to a 17th century Catholic boys’ school, the current Queen Anne property has been occupied since 1809 when the Reverend Liscombe Clarke became headmaster.

Successive visionaries followed developing a multi-faith ethos and enlarging the school; in particular, the Reverend George Kitchin, a friend of Lewis Carroll, who introduced French onto the curriculum.

Although headmaster Harold McDonell, himself an Old Twyfordian, reputedly prioritised a new football pitch over installing electricity throughout the school in the early 20th century.

Despite having relocated pupils following a Diptheria outbreak, Twyford was the southernmost prep school not to be evacuated during WW2. This September around 400 pupils are expected to walk through its doors.

Did you know? A game called Court Cricket, invented at the school in the 1850s, is still played by bowling tennis balls at two sets of stumps attached to the Memorial Library wall.

Echoing the College’s earliest traditions sixteen Quiristers (or choristers) continue to sing in the Cathedral, whilst the original 70 scholars have swelled to over 600 hundred so-called Commoners today.

The many Wykehamists who perished during the two World Wars are remembered in the War Cloister; the fallen of the Boer and Crimean Wars being honoured in the College’s South Africa Gate and Chapel respectively.

In another nod to its history, the Winchester College Treasury is now a public museum within the precincts. This fascinating collection of memorabilia and artefacts ranges from the 16th century Election Cup used to mark the end of exams, to Chinese Ming dynasty ceramics donated by the family of a former pupil.

The Who’s Who of Wykehamists includes Everest mountaineer George Mallory, novelist Anthony Trollope and the current Chancellor of the Exchequer Rishi Sunak MP.

Did you know? This year marks the 150th anniversary of the College’s Moberly Library. The Empire Clock (c.1936) hanging at its Eastern end famously shows the time in all parts of the former British Empire simultaneously.

Win a luxury ladies watch worth £199