Historical places in Cornwall you need to visit

Cornwall is filled with history and steeped in mystery all just waiting to be explored. Here’s ten historical places to begin your journey into the Duchy’s rich past 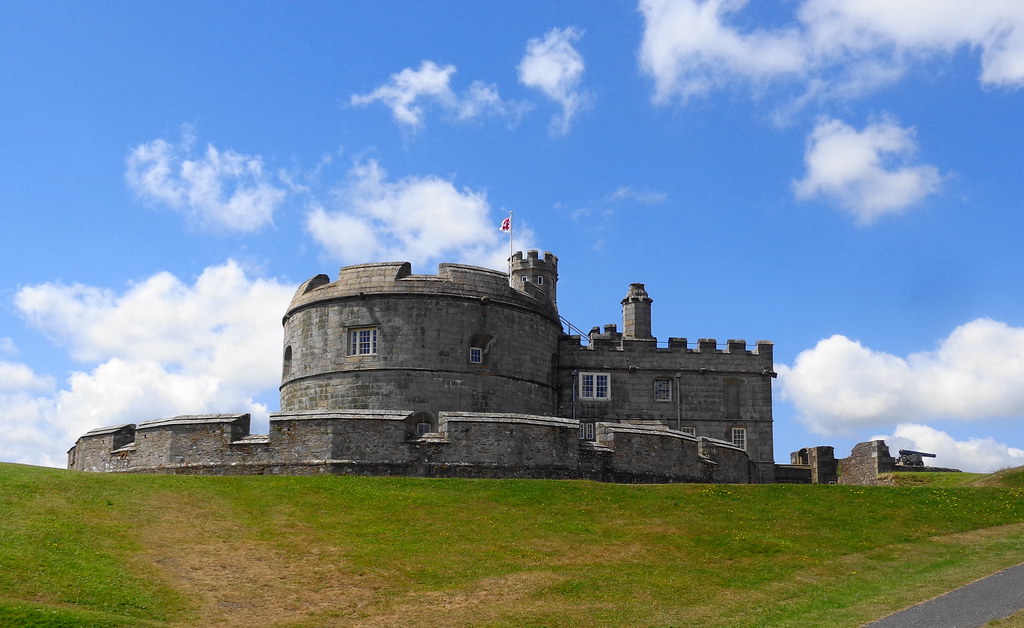 Sitting proudly at the entrance to the Fal Estuary - opposite its brother on St Mawes, Pendennis Castle in Falmouth is an artillery fort constructed by Henry VIII between 1540 and 1542. The two castles, now under the guardianship of English Heritage, show how importance this Cornish harbour was and continued to be used through the Civil War right up to the Second World War when defended against torpedo boats and launches long-range, radar-controlled attacks against enemy ships. There are events going on at the castle throughout the year.

The dramatic cliffside ruins of Wheal Coates reflect the bravery and ingenuity of Cornwall’s miners in times gone by. The former tin mine, in use throughout most of the 19th century, perches on the cliff tops between Porthtowan and St Agnes, Towanroath engine house must be among Cornwall’s most photographed landmark (although there are actually three engine houses here). 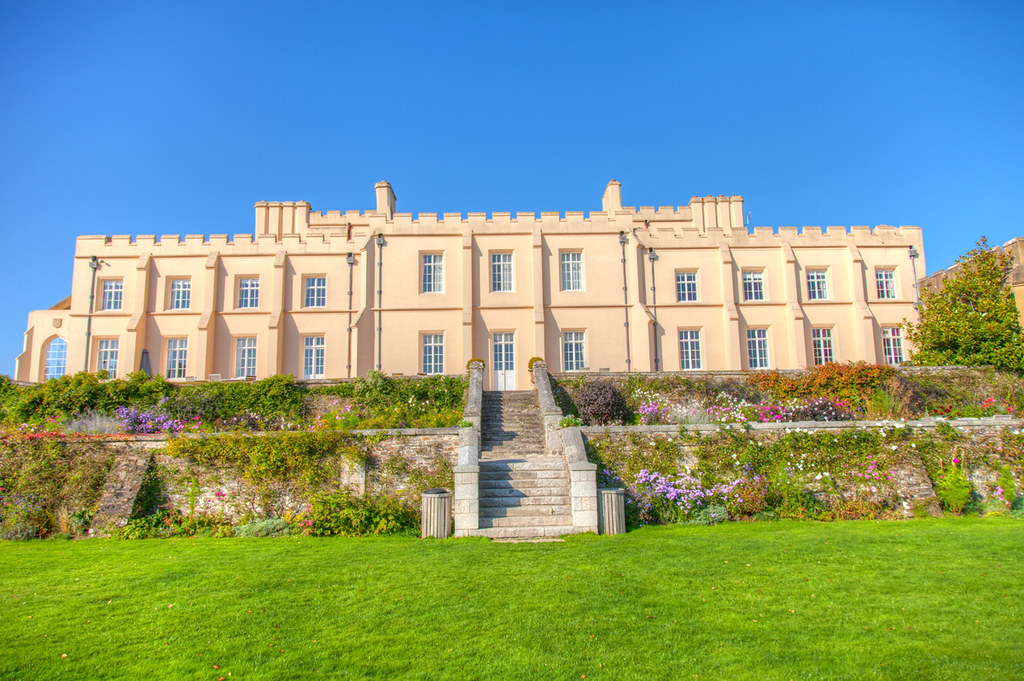 Pentillie Castle had a rich and varied past. Set on the Cornish bank of the River Tamar it was built in 1968 by Sir James Tille, before being remodelled and enlarged significantly in 1809 by John Coryton. In 1967, under the helm of Major Jeff Coryton, two thirds of the castle was demolished, returning the building closer to its original footprint.

Today, original granite pillars, and brick arches of the 1969 build are again a major part of the facade. Pentillie Castle is now a family-run award winning wedding and events venue with five star accommodation set in the centre of a 2,000 acre estate. The castle also opens for seasonal dinners, afternoon teas, private hire and corporate retreats. 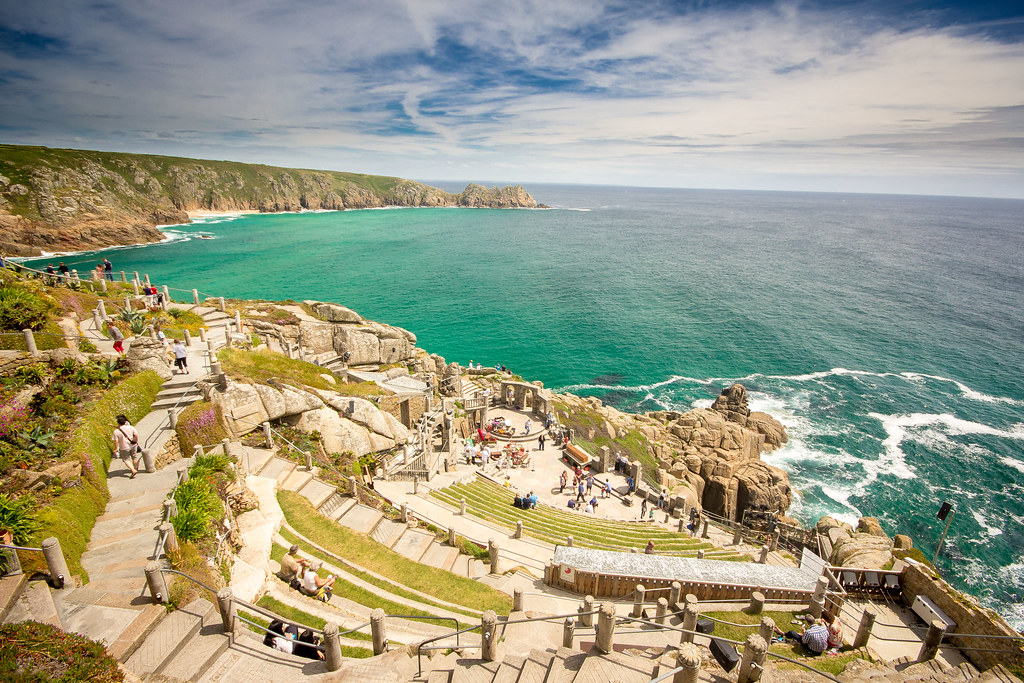 The Minack Theatre is one of the world’s most famous outdoor theatres. Today, it welcome more than 80,000 people a year to performances and 150,000 people come just to look round, experience the stunning views and learn more about the theatre’s story. 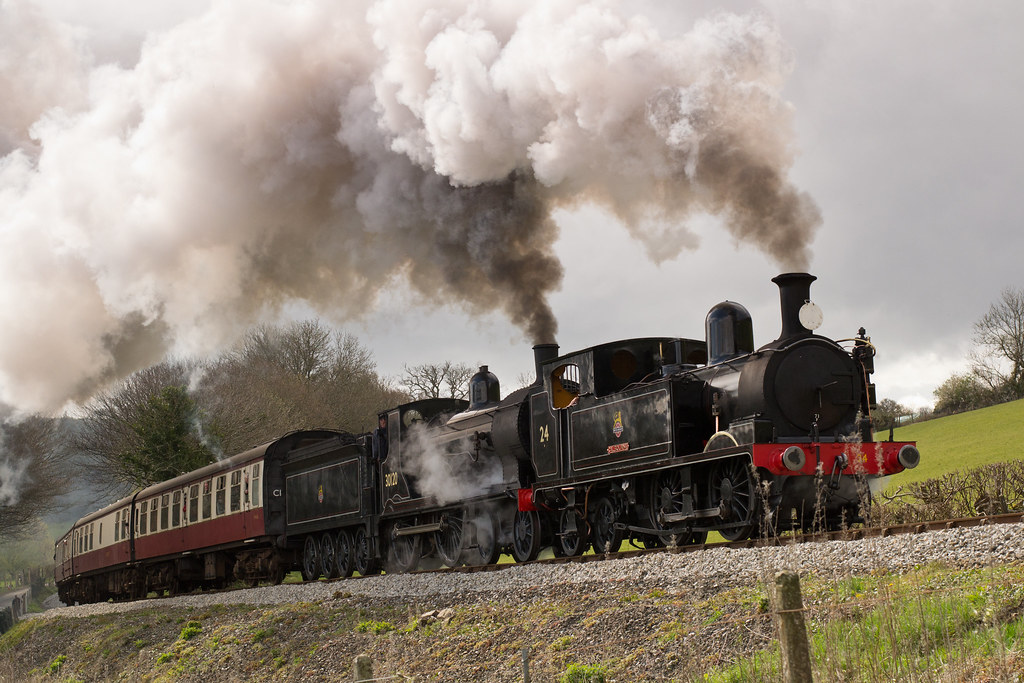 Discover the excitement and nostalgia of steam travel with a journey back in time on the Bodmin & Wenford Railway, Cornwall’s only full size railway still operated by steam locomotives. Relax in style and enjoy a leisurely 13-mile round trip, taking in the sights, sounds and smells of a bygone age, as the era of a Cornish branch line in the 1950s reveals itself during the course of your journey. 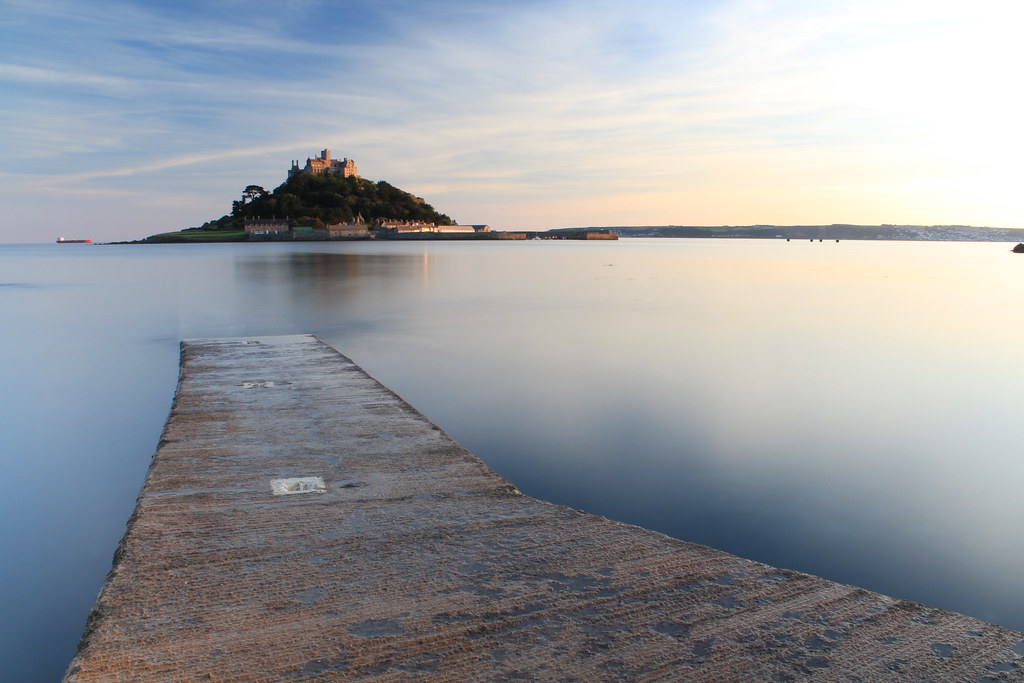 Sitting in Mount’s Bay looking like a real Disney Castle, St Michael’s Mount is part of the St Aubyn estate and is topped by a castle surrounded by stunning subtropical gardens, all accessed across a tidal causeway. But the history of the spot dates back much further - there are myths dating back 1,500 years of seafarers being lured by mermaids on to the rocks, or guided to safety by an apparition of St Michael. 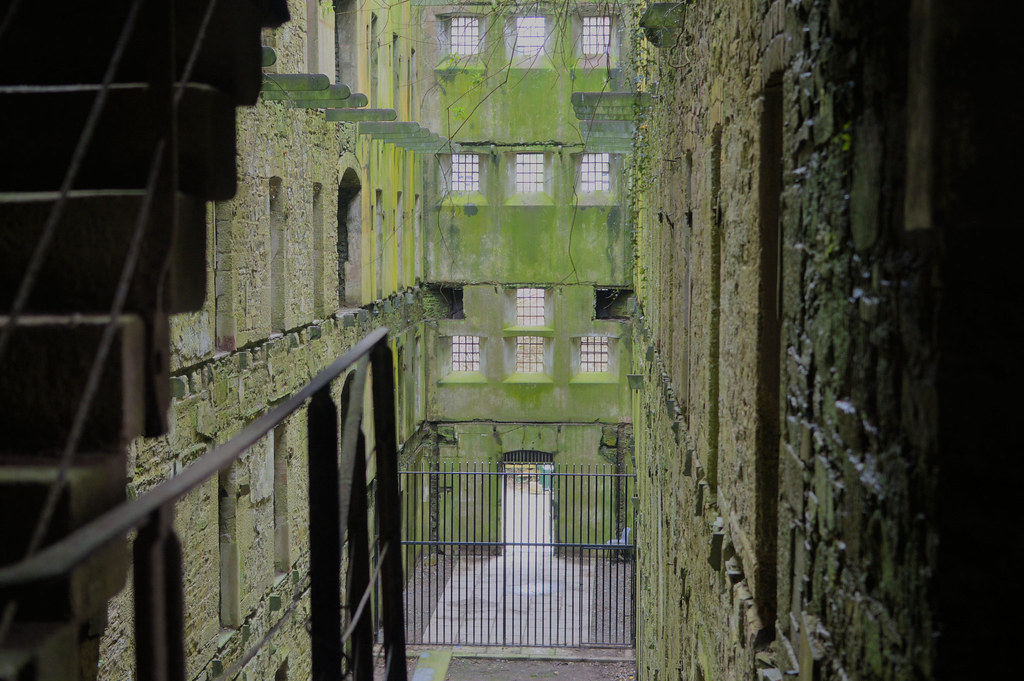 The hiding place of the crown jewels (during WWII), Bodmin Jail is remembered for its grisly past. Built in 1779 by prisoners of war, it was used fore more than 150 years, in which it saw 55 public hangings. Today it is a fascinating (and sometimes fairly frightening) landmark of the British justice system with exhibitions telling the story of the ordinary - and sometimes just plain unfortunate - people who spent time there. There are plenty of tours and special events - including a tour of the country’s only remaining execution pit (the last hanging took place in 1909 under the expertise of Henry and Thomas Pierrepoint). Add a visit to Bodmin’s Courtroom Experience for the full sentence. 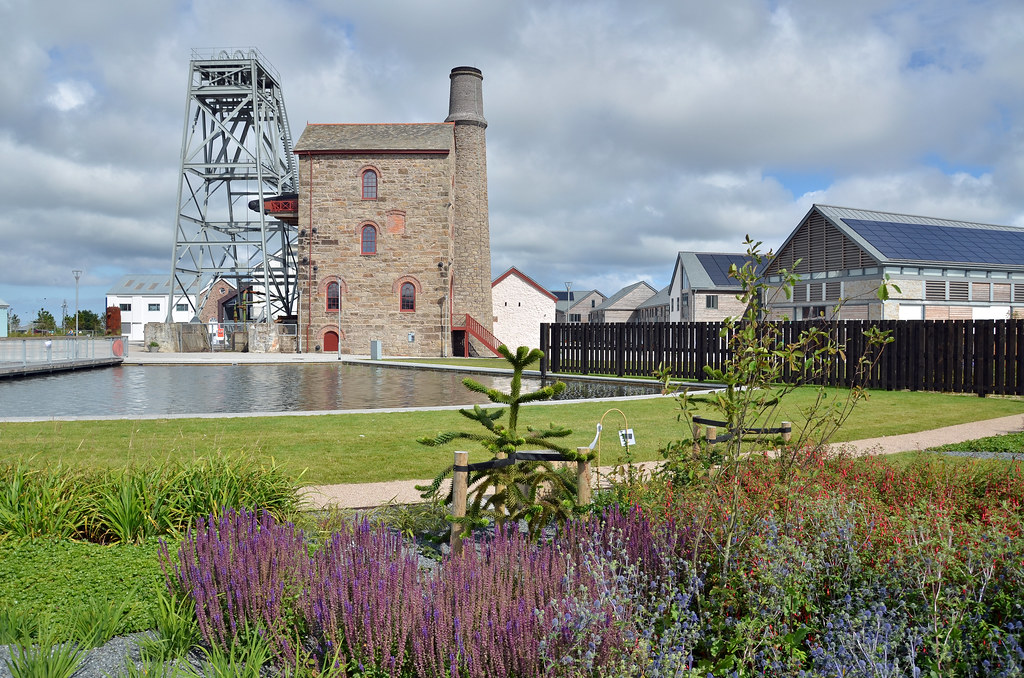 This ambitious project set over 19 acres of former mining wasteland opened in 2012. Situated at Robinson’s Shaft, the site is part of the Cornwall and West Devon Mining Landscape World Heritage Site. Today there’s a great café and huge adventure playground, the Diaspora gardens to get lost in as well as a visitor centre, art studios and exhibition space which hosts a plethora of special events. There are reminders everywhere of Cornwall’s mining heritage. 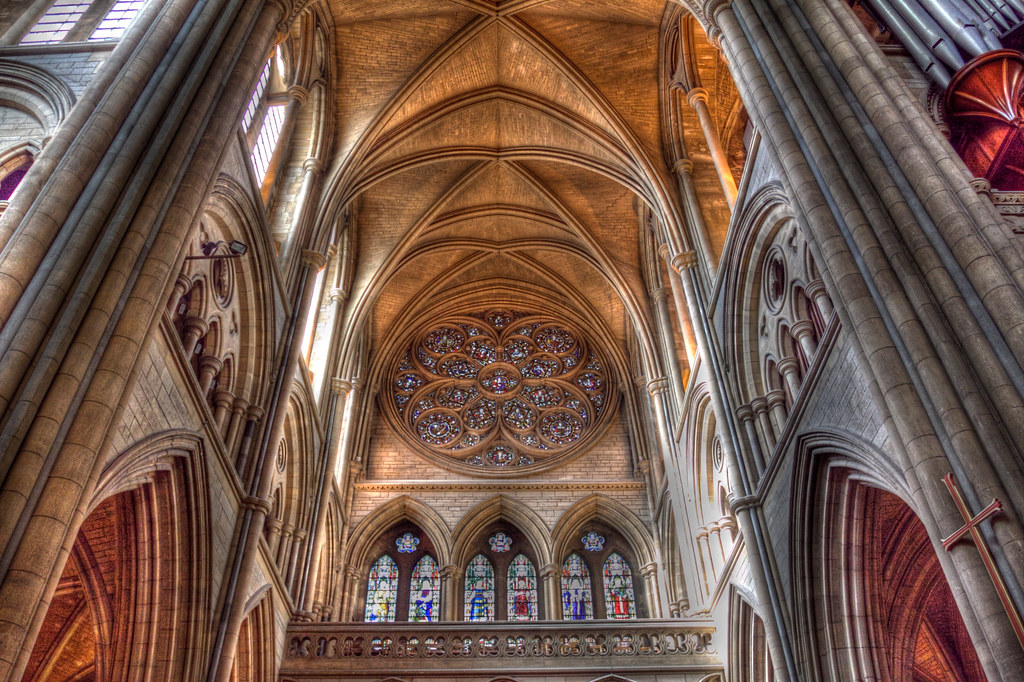 Sitting in the centre of Truro, this neo-gothic building has presided prince-like of the city for more than a century. The Cathedral of the Blessed Virgin Mary, to give it its full name, is an Anglican cathedral built between 1880 and 1910 to a Gothic Revival design by John Loughborough Pearson on the site of the parish church of St Mary - itself a more modest building dating back 600 years. 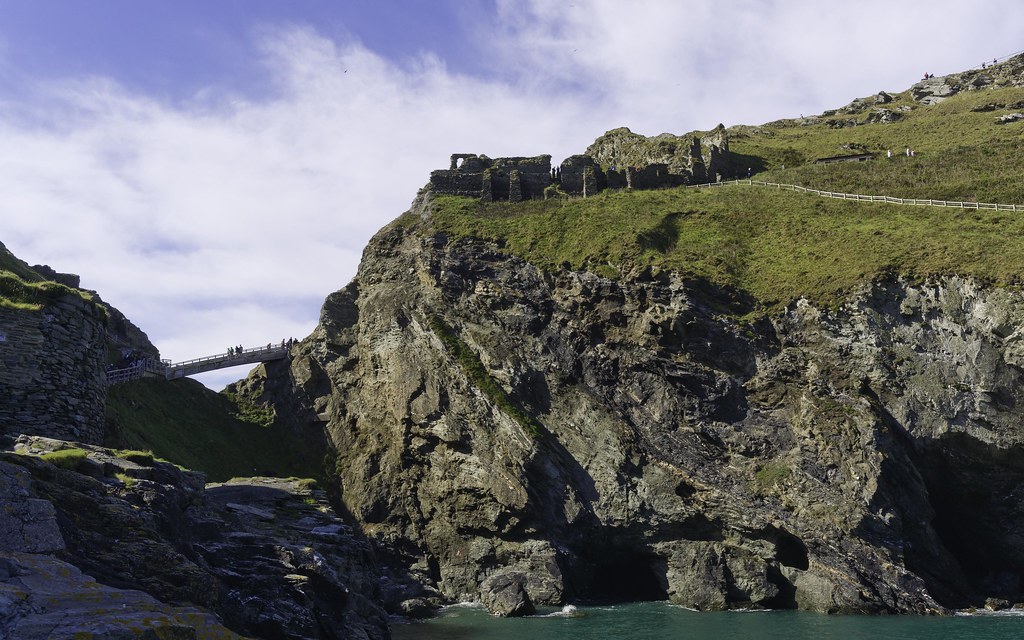 So much of Cornwall’s history is part-truth, part-myth, and Tintagel Castle is a perfect reflection of this. Explore the 1,500-year history of Tintagel and discover how the Arthurian legends and stories the site have inspired have shaped the castle we see today, there are events and improvements going on - including the new sculpture Gallos (the Cornish word for power). You can explore Merlin’s Cave, the medieval garden ruins and stop awhile at its beach café and wonder at how it was built sticking out into the Atlantic Ocean.

Win a short break in London at The Dilly on Piccadilly