On May 24, 1819, baby Alexandrina Victoria was born in Kensington Palace - the only child of the fourth son of King George III.

At 18 she inherited the throne from an uncle after all four of the king's eldest sons had died. As Queen Victoria she reigned from 1837 until her death in January 1901. The Victorian age left its mark around the world, with Victoria not only a queen but also an empress. Here in Norfolk, from resorts to railways and industry to architecture, our Victorian heritage is still very visible.

Some of Norfolk's most beautiful Victorian buildings were designed by George Skipper. He gave Norwich the Royal Arcade, Jarrold and the Norwich Union headquarters including the Marble Hall (finished just after the end of Victoria's reign). The Dereham-born architect also designed several of Norfolk's most flamboyant coastal hotels including the Hotel de Paris and Cliftonville Hotel in Cromer. 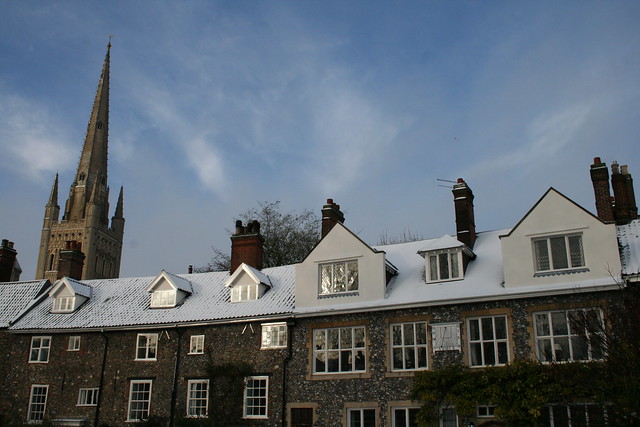 A hebe in the beautiful Bishop's Gardens in Norwich Cathedral Close grew from a sprig taken from Queen Victoria's wedding bouquet. Another cathedral connection with Queen Victoria is her bible, kept in the library.

For more than 130 years, the coast between Sheringham and Mundesley has been known as Poppyland. The name was invented by writer Clement Scott, who visited from London in the 1880s and fell in love with the area. He first used the word in a poem written in Sidestrand churchyard. The woman he fell in love with is buried here and the poem includes the lines:

"On the grass of the cliff, at the edge of the steep,

God planted a garden - a garden of sleep!

'Neath the blue of sky, in the green of the corn,

It is there that the regal red poppies are born!

O! heart of my heart! where the poppies are born, 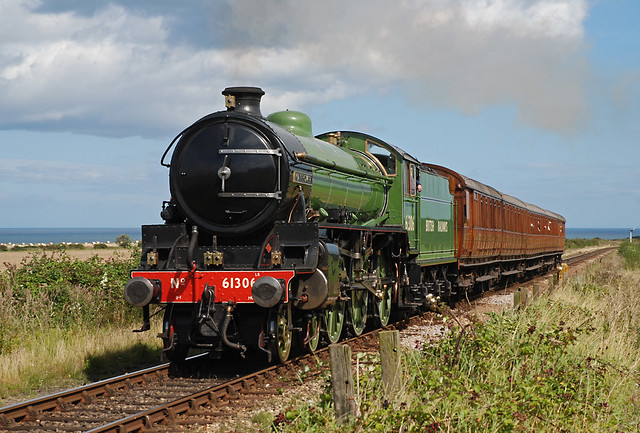 I am waiting for thee, in the hush of the corn.

Sleep! Sleep! From the Cliff to the Deep!

Nearby Overstrand became known as the 'village of millionaires.' Edwin Lutyens (architect of the Cenotaph) designed Overstand Hall and garden designer Gertrude Jekyll is said to have helped him create the grounds at The Pleasaunce. 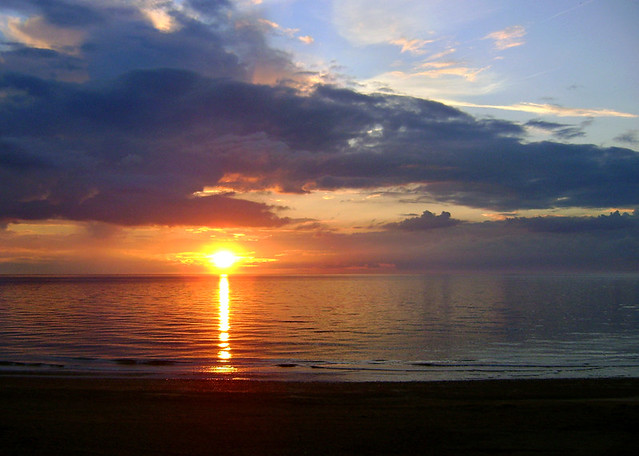 Norfolk's first railway line, between Norwich and Yarmouth, opened in 1844. The second connected to Norwich and London, via Cambridge. For the rest of Victoria's reign, railway lines tracked across the county, linking up all the major towns and many of the tiniest villages too. They brought a distinctive architecture to the county, from ornate stations to huge brick bridges, and prosperity too as farmers and fishermen were able to send produce to huge new markets - and holidaymakers discovered the joys of the Norfolk coast. 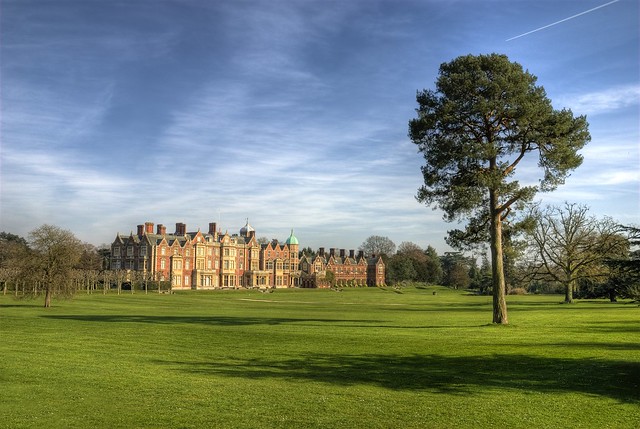 Hunstanton was created as a Victorian seaside resort by the Le Strange family who brought a railway to the town, moved the ancient village cross from Old Hunstanton community and had hotels, shops, housing and a church built. 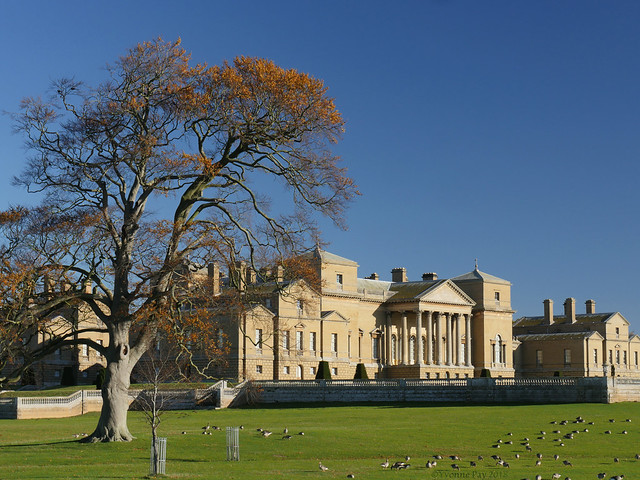 This was the country retreat Queen Victoria bought as a 21st birthday present for her tearaway eldest son, Prince Albert Edward, later Edward VII. The old hall was demolished and a new house built for the prince and his wife. 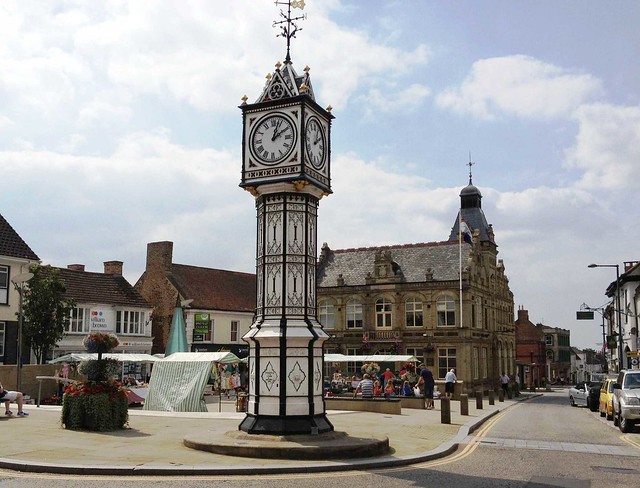 Victoria was still a princess when she visited Holkham, aged 16, in 1835. This year Holkham has opened rooms where she and her entourage would have stayed - and those used in the filming of a recent BBC programme about Victoria's marriage to Prince Albert.

The iconic Victorian cast iron clock tower has stood in the market square since 1878, funded by local shopkeeper James Scott.

Float in a Victorian boat

At the Museum of the Broads, near Stalham, visitors can enjoy a trip on the River Ant, Victorian style, on the steam launch Falcon. 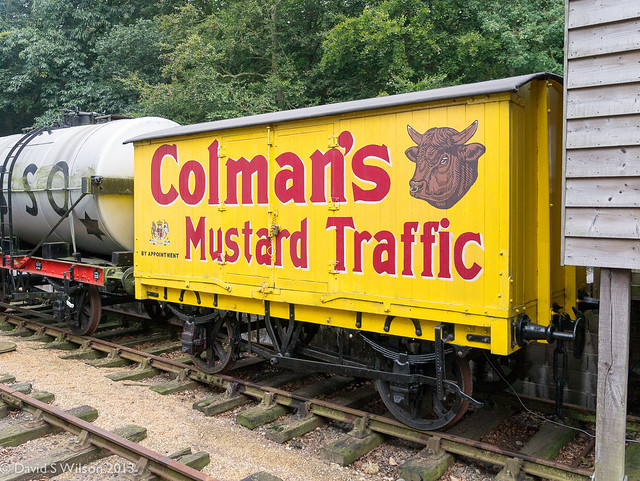 Thousands of 21st century Norfolk children have travelled back in time over the past 25 years, their destination the Victorian School at Great Cressingham, near Watton. Here, girls in white pinnies, shawls and mob caps and boys in waistcoats and flat caps, sit at rows of sloping wooden desks, writing on slates, before running out to play with hoops in the meadow and spin tops in the yard. Headmistress and curator Sally North presides over this chance for modern children to learn history by living it for a few hours. The school will be open to the public, for free, from midday on May 11-12 to celebrate its 25th anniversary.

Norwich shawls were world-famous. Queen Victorian wore one and they were the height of 19th century fashion for ladies of any social standing. Norfolk Museums Service has a comprehensive collection in the Norwich Castle Study Centre - along with clothing owned by Queen Victoria.

Norwich was also famous for its black cloth. When Prince Albert died, aged 42, in 1861, Victoria was overwhelmed by grief and wore black for the rest of her life. Extravagant mourning was in - and there was huge demand for bombazine and crepe, woven from silk and worsted in Norwich.

Colman's moved its mustard production to Norwich in 1856. The company was renowned, not just for what it made, but for the way it looked after its workers, providing food, medical care and even housing. Thousands more people worked in the city's shoe factories by the end of Victoria's reign - with the domestic and industrial architecture still visible in Norwich streets.

Yarmouth's town hall was built in 1880, a fine example of Victorian Gothic architecture, but another of the town's Victorian buildings is not in such great shape. The Winter Gardens, built in Torquay in 1878 and transported by sea to Yarmouth, without a single pane of glass breaking, is currently in the top 10 of endangered Victorian and Edwardian buildings compiled by the Victorian Society.