11 of the prettiest villages in North Devon 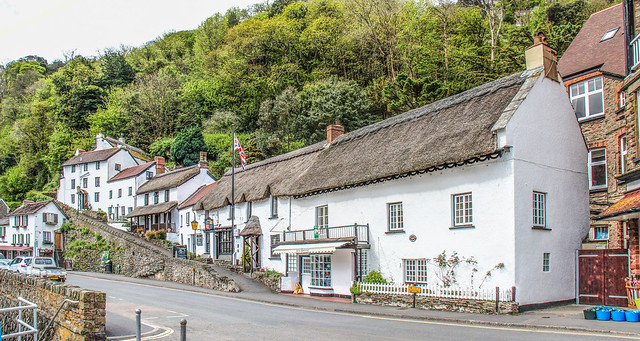 Known as “England’s Little Switzerland”, Lynton is a Victorian town that consists of cafes, tea rooms and small shops. Lying beneath the cliffs of Lynton, the coastal village of Lynmouth is quieter than Lynton, where visitors are able to wander between the ‘chocolate box’ fishing cottages and admire the scenery at the harbour.

Both Lynton and Lynmouth are popular to be visited together these days but the steep climb which separates the two was previously something of a tourist deterrent. The water-powered cliff railway – built in 1890 - operates between the two locations and is a must for anyone visiting the area for the first time.

Where to eat and drink: The Esplanade Fish Bar in Lynmouth is ideal if you fancy a simple, no-frills chippy while the Lynmouth Bay Café will give you a delicious cream tea served the only way it should be eaten – cream first. If you find yourself peckish in Lynton then you can’t miss the colourful exterior of Charlie Fridays Coffee Shop. 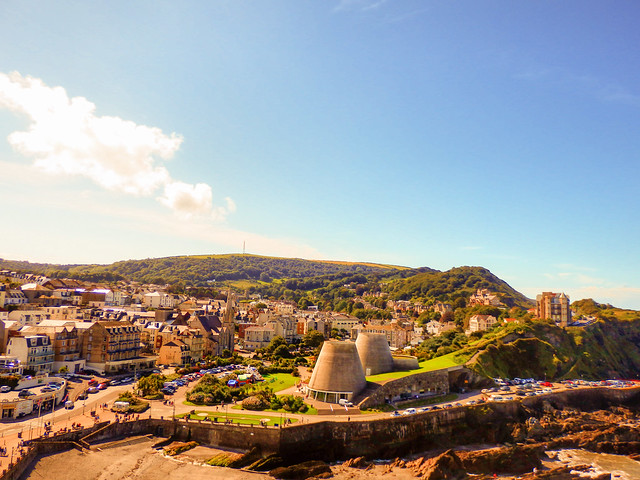 Ilfracombe is currently the leading holiday resort in the North Devon district. It has been a consistent winner of Britain in Bloom because of its colourful displays that give the area a bright, pretty atmosphere.

It has a natural harbour which is set below rugged cliffs and from here a pleasure boat takes visitors to and from Lundy Island – a gorgeous spot in the Bristol Channel home to a variety of different animals. Every June the Ilfracombe community hold a renowned Victorian celebration to commemorate the history of the town. Street fairs, a grand costume ball and various kinds of pageants are held during this period, with the majority of locals dressed in costume from the Victorian period.

Where to eat and drink: For ever-reliable pizza and pasta head to Giovanni and Luca. 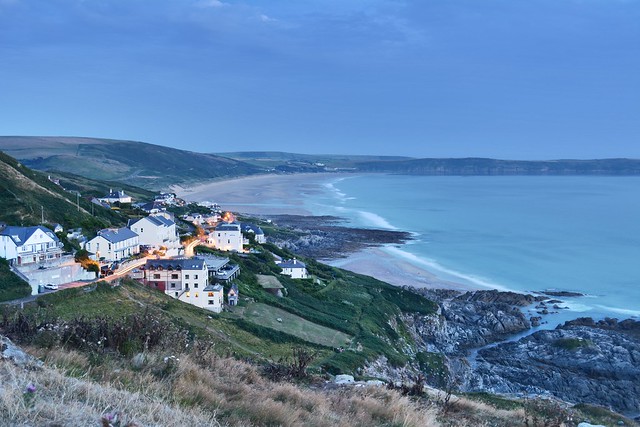 Situated on a calm cliff-top, Mortehoe is a village of approximately 1500 people. The village is known for its spectacular views across the English Channel and on a bright, clear day, you can see for miles.

Mortehoe is mentioned in the Doomsday Book due to its various number of ‘interesting features’, which include a barrel-roofed 13th century church. It’s also the ideal spot from where to start a walk along some of Devon’s most stunning coastline including Morte Point, Bull Point and Rockham Bay.

Where to eat and drink: The Chichester Arms is a dog-friendly pub that provides a delicious Sunday roast while Miss Fea’s Café – part of The Smugglers Rest B&B – produce many home-baked treats within their vintage-inspired interior. 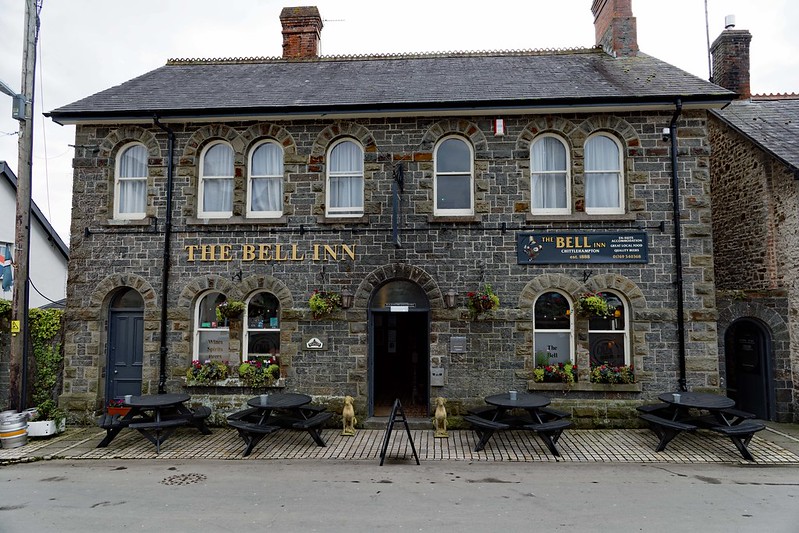 Up until the 16th century religious devotees would make the journey to Chittlehampton to visit St Hieritha’s church and Saint Urith’s holy well. Today the church is still the village’s major attraction for both bell-ringers and anyone who appreciates the design of its distinctive tower.

After coming from the direction of Umberleigh you’ll pass a selection of pretty thatched and brick homes before the village eventually opens up into a square with a water pump at its centre. As you carry on past the square along the narrow East Street, try to pick out which of the hedge-lined homes you’d love to own one day.

Where to eat and drink: Chittlehampton is not jam-packed with places to eat so if you want to stay in the area your only option will really be The Bell Inn, a traditional pub that looks out onto the square we mentioned earlier. 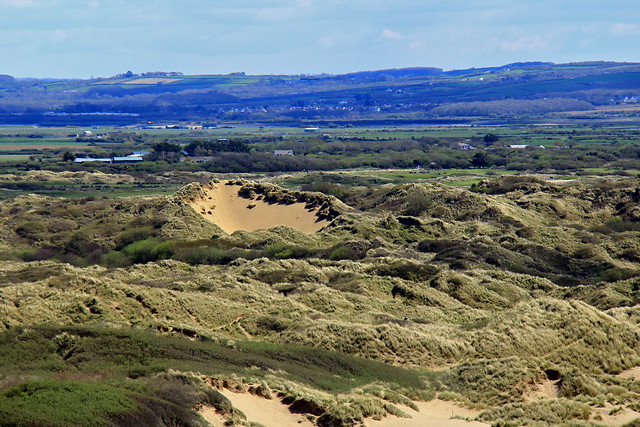 Said to be the largest village in the North Devon district, Braunton lies just two miles from the sea. The name ‘Braunton’ comes from St Brannock, who was a missionary from South Wales and converted many people to Christianity in 550AD.

Explaining the work of St Brannock, there is a museum in Braunton which is mostly centred around traditional industries such as fishing, farming and sea-faring. Braunton was once a port in its own right but is now perhaps best known for its proximity to Braunton Burrows and Saunton Sands, two areas of significant scientific interest that have often been used as filming locations.

Where to eat and drink: The Riverside is a family-run restaurant that - as the name would suggest - sits right next to the River Caen serving food created with ingredients sourced from the family farm. For a taste of Thailand head just down the road from The Riverside to The Siam Bistro. 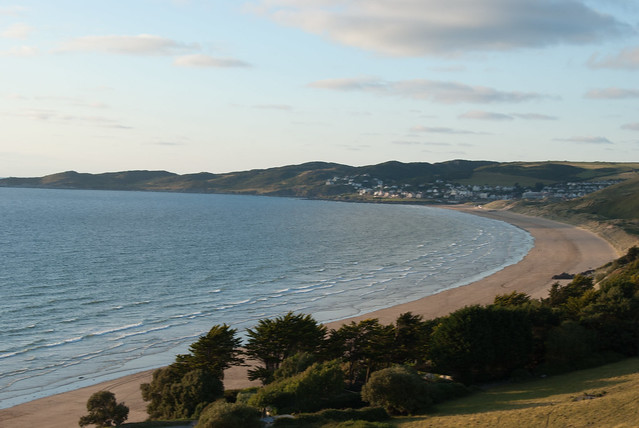 For the surfers and beach lovers amongst us, Woolacombe has to be the go-to village. This resort has three miles of golden sand and has won various awards over the years, including the Blue Flag, Best Family Resort and Best British Beach.

The majority of the land around Woolacombe is moorland owned by the National Trust so you can expect well-maintained headlands offering panoramic views perfect for artists, walkers and photographers alike.

Where to eat and drink: The Red Barn is close to the beach if you don’t want to walk too far for a pint and a burger while if you venture a little further into town you will find the Woolacombe Bay Pizza Company. Head out on the road towards Mortehoe and you’ll pass the Watersmeet Hotel whose restaurant has views out over Woolacombe Bay. 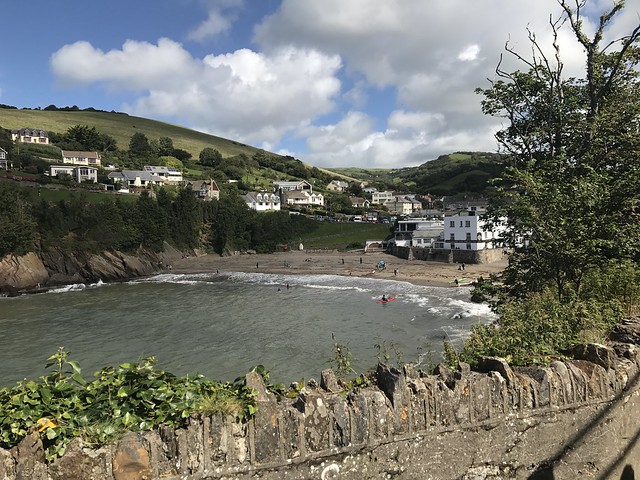 Situated to the west of Exmoor National Park, Combe Martin is home to some of the most stunning coastal scenery in the area. At low tide, a sheltered cove is made accessible for crabbing, kayaking and swimming, making it the perfect destination for family holidays in a beautiful fishing village.

There are many houses perched on the cliffs looking down onto the cove and you can also enjoy such views by taking one of the many walking tracks that go around the area and right out to Wild Pear Beach. To find out more about Combe Martin’s heritage, drop into the museum which is just up from the beach.

Where to eat and drink: The Pack of Cards Inn is the most cleverly built public house in the area. It was built in 1626 to celebrate a winning game of cards with 52 windows, 4 floors and 13 doors on each floor, imitating the structure of a deck of cards. If you don’t want to stray too far from the cove then Galleon Tea Room and its charming roof terrace will be your best bet. 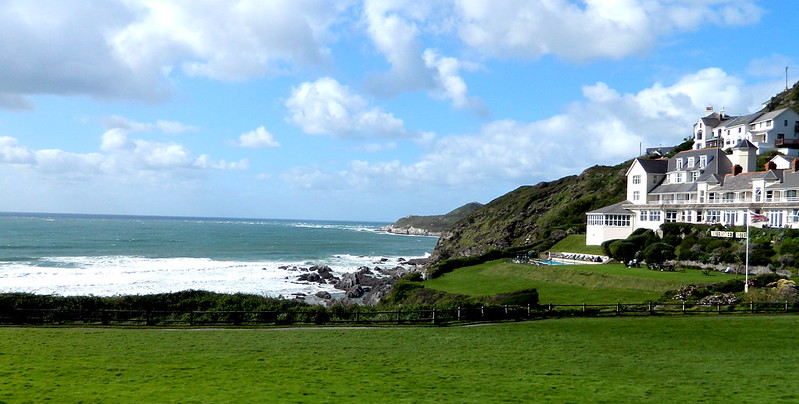 Croyde, described as a “magical place steeped in old world charm”, is home to many fairytale thatched cottages which are all close to the beach, making it very popular with surfers but also couples and families.

There are various walks and rambles available around the village, one of which being the “Fruit and Nut Trail”, a nature trail with some of the best views over Croyde Bay. Baggy Point is also a popular stomping ground for visitors as its easy-access trail and nearby National Trust car park make it incredibly convenient for all types of walker.

Where to eat and drink: Baggy’s Surf Cafe do a great fry-up or panini if you need to refuel on the way to Baggy Point while back in the village The Thatch is a traditional pub typical of the area’s architecture and Blue Groove is a trendy spot for breakfast, lunch and dinner that’s perched right on a small inlet heading towards the sea. 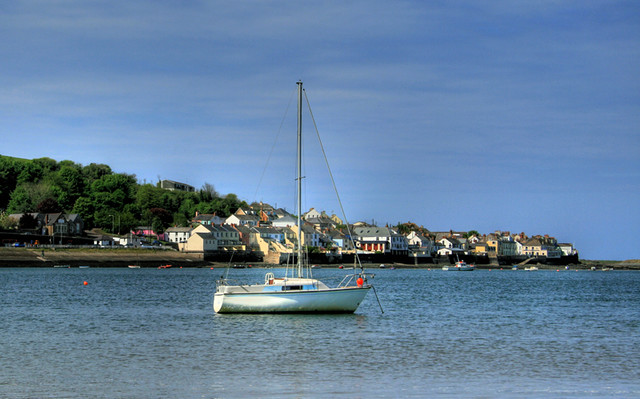 Based at the confluence of the rivers Taw and Torridge as they run into the ocean, this small fishing village is famous for its shipbuilding centre and for being home to the North Devon Maritime Museum.

Appledore is another village with fairytale style cottages, each of which lie on quaintly narrow streets, are brightly painted and decorated with hanging baskets. Many of these cottages are former homes of fishermen who relied on salmon, cod, cockles and mussels for their livelihood. These men could also have been employed to build the ships which were later sent to North America.

Where to eat and drink: The Beaver Inn has fantastic views down the estuary and over to Instow, as does the popular Coffee Cabin. For something cooked solely by fire, try a delicious pizza or burger from the Flame Factory next to Appledore Library. 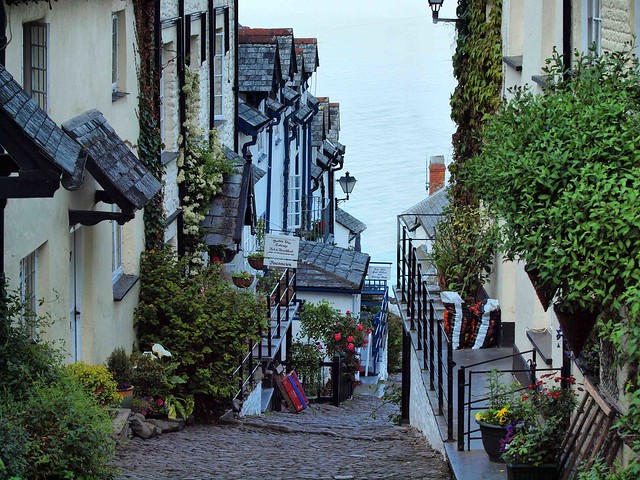 Clovelly is one of the most famous and most unusual villages in Britain, let alone North Devon. This iconic location - once the home of famed novelist Charles Kingsley - is attached to a 400-foot cliff and still buzzes with activity, much as it has done since the 9th century.

Despite the decline in the fishing industry - the harbour formerly housed around 6 fishing vessels - even today you can see fishermen mend their nets on the quay before heading out into Bideford Bay. If you ever develop your own Devon bucket list, seeing Clovelly’s steep cobbled streets and perfectly-preserved homes will have to be on there.

Where to eat and drink: After scaling Clovelly’s steep slopes, refreshment will be much needed and you could stop in at The Cottage Tea Rooms or go all the way down to the harbour to the recently refurbished restaurant in the Red Lion Hotel. 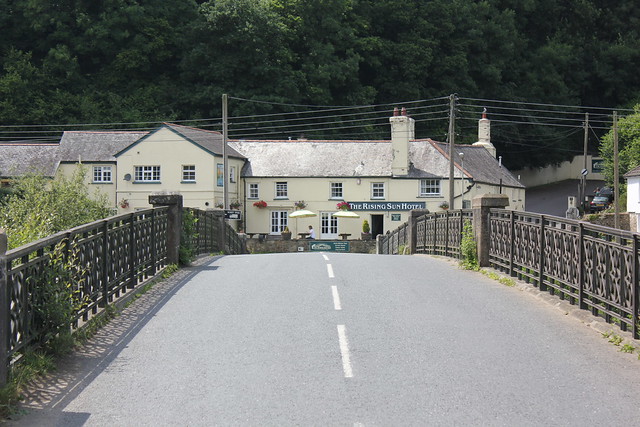 Set on either side of the River Taw between Torrington and South Molton, Umberleigh is a former manor that has passed through the hands of various noblemen since it was first held by King Athelstan in the 9th century.

Umberleigh House - a large, Georgian farmhouse - is the last remaining part of the manor which stands next to the Holy Trinity Chapel, a Medieval place of worship that is now largely destroyed. If you stand on Umberleigh Bridge you’ll get fantastic views of the daily goings on up and down the Taw.

Where to eat and drink: The Rising Sun Hotel has a lovely terrace out front where you can relax following a long day walking in the area.

This article was updated by Martha Griffiths in June 2021.