10 things you may not know about Selborne

The village of Selborne by Lucy Atkinson - Credit: Archant

Situated within one of Hampshire most beautiful settings, it’s no wonder this quaint village was home to the UK’s first environmentalist 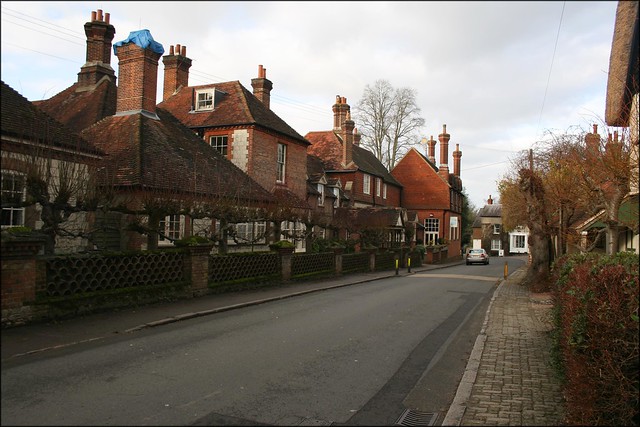 1) A bit about Selborne

At the northern tip of the South Downs National Park, four miles south of Alton, Selborne has become world famous – thanks to its former parson. The Revd Gilbert White’s natural history of his village launched him as the UK’s first ecologist.

Now the village has become popular with visitors and walkers who like to follow in his exalted footsteps, many enjoying the ‘sunken lanes’, which are a classic feature of the local landscape. 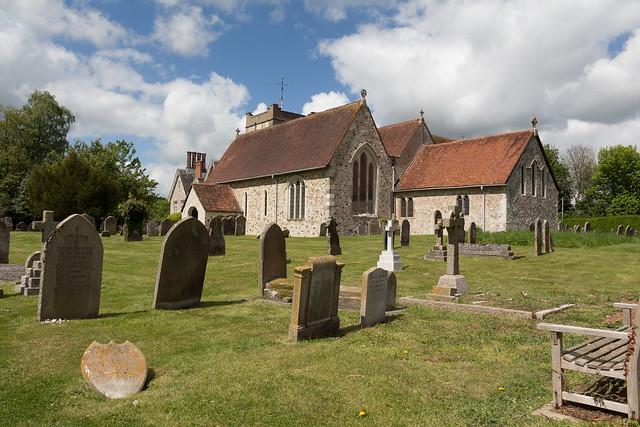 There was a church recorded on the site of St Mary the Virgin in the Domesday Book and the existing building dates from 1180, making it no surprise that the edifice is Grade I listed.

The church retains its 13th century oak door and has a Norman font capped with a cover made from part of a village Yew. The altar rail is Elizabethan and came from Cornwall – no less a person than the author, Thomas Hardy, is credited with saving it from a bonfire! 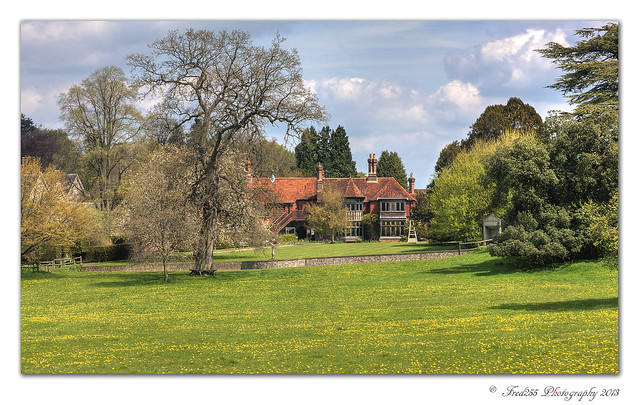 The Sir David Attenborough of his day – Revd White is cited as the UK’s first environmentalist - he loved to wander Selborne’s lanes and heaths, observing the flora and fauna.

His book, The Natural History and Antiquities of Selborne, is still in print, although some of his theories have been debunked, such as the one that not all swallows and martins migrate, but, rather, hibernate. He was also the first person to note that swifts mate on the wing. He is buried, appropriately enough, in the graveyard of the village church, close to his beloved natural world. 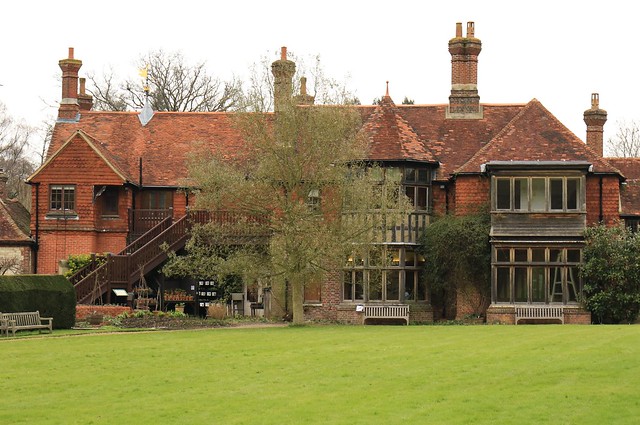 The name of Captain Lawrence Oates has become a by-word for self-sacrifice in the face of utter tragedy. When he applied to join Captain Robert Falcon Scott’s South Pole expedition in 1910, no one could have foreseen it would end in utter failure. On reaching the Pole the explorers discovered their Norwegian rival, Roald Amundsen, had got there first.

One expedition member died and Oates, stricken with frostbite and gangrene, refused to burden his colleagues. “I am just going outside and may be some time,” he told them, before walking into a blizzard and his certain death. A museum to him is incorporated in the Gilbert White Museum at White’s former home, The Wakes, because the Oates family contributed to its purchase.

Britain’s most magnificent butterfly can occasionally be glimpsed on the National Trust’s Selborne Common. However, if they aren’t showing up then there are plenty of other specimens to gladden a lepidopterist’s heart. Notably, Silver-washed fritillary, but also White admiral, Brown argus and Purple and brown hairstreak. 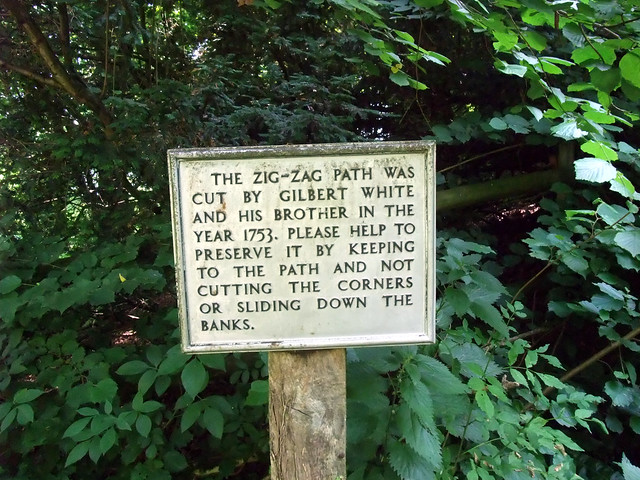 On a 300-foot escarpment at the back of the village lies one of Hampshire’s most extraordinary walkways. The Zig-Zag was cut into the hillside in the 1760s by Gilbert White and his brother, John.

It has 20 zigs and zags with an iron bench half way up and was created simply to allow the Whites easier access to the Common and the Hangars – tree stands – at the top. 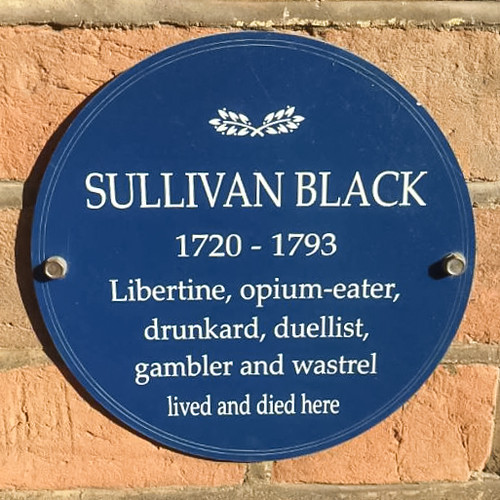 Upon Plestor House in the centre of Selborne lies a Blue Plaque commemorating one Sullivan Black who, according to the plaque, lived from 1720-1793 and was a ‘Libertine, opium-eater, drunkard, duellist, gambler and wastrel’.

So notorious is he that he even has his own Twitter feed! But the history books don’t have much to say about this gentleman for the simple reason that he never existed. His name is a witty reversal on that of the saintly Gilbert White (Gilbert and Sullivan, the composers, and Black instead of White!) and the plaque appears to have been put up for a joke. 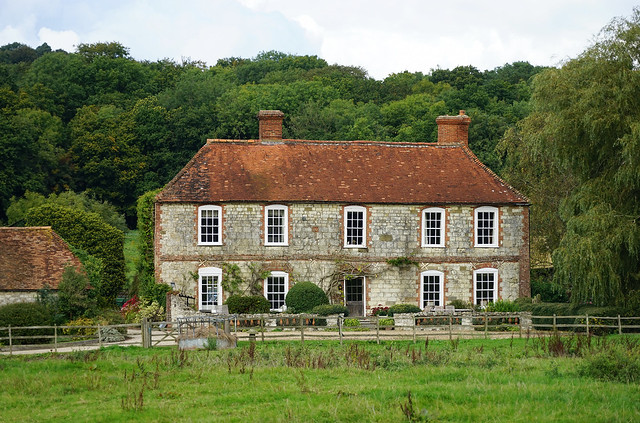 The village is positively stuffed with spirits, spooks, phantoms and ghosts. So, take your pick from the ‘large black Labrador’ who is said to haunt Priory Lane, or the ghostly monk seen gliding along the sunken lane at Priory Farm.

A figure wearing a ‘strange hat and coat’ was allegedly spotted in 2009 in the Hangers Way area. A witness to this apparition was said to have examined the area but could find no tracks in the mud there. 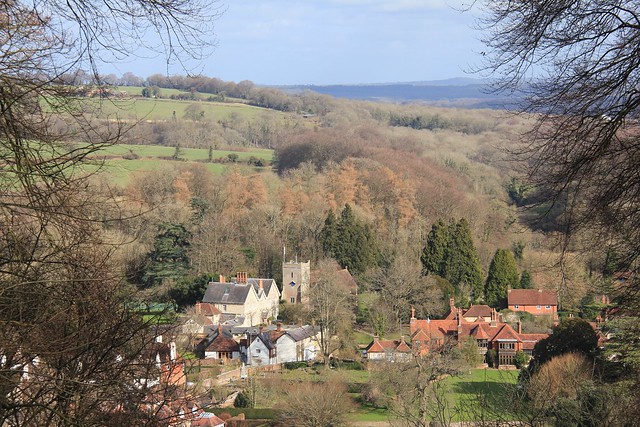 Covid has temporarily put paid to many of the communal activities to be enjoyed in Selborne but the village hosts an annual Beer Festival, Clatter Natter for toddlers, Art classes at the village hall and an annual pantomime. 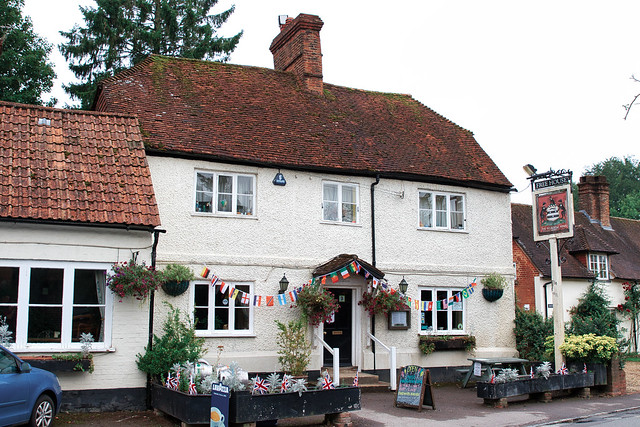 10) Something to Eat and Drink

The Selborne Arms in the High Street will serve you some excellent pub grub with most of the ingredients sourced as locally as possible, which means Winchester cheese in your petit soufflé, and plenty of foodie favourites with a twist, such as horseradish and thyme mash.

Meanwhile, Whites Café at The Wakes in the High Street, serves delicious and imaginative lunches, cakes and teas, as well as sharing boards and lunch specials.

READ MORE: 10 things you might not know about Liphook

Everything you need to know about Sarah Beeny's move to Somerset

Win an amazing festive break for two in Devon