The Great Storm of 1987: we remember the carnage in Essex and Fish’s famous forecast

The Great Storm of 1987 brought havoc to the south of England and was a career-defining moment for TV weatherman Michael Fish. Peter Naldrett looks back at the events of 30 years ago and how they still impact today

Most weather forecasts are forgotten soon after they’re broadcast. But not this one.

The short BBC weather bulletin given by Michael Fish three decades ago has gone down in TV history. As he stood in front of his 1980s graphics, facing the live cameras, he told us the story of a woman who telephoned the BBC, worried that there was a hurricane on its way.

He announced with confidence: ‘Well, if you are watching, don’t worry, there isn’t.’

Just a few hours later, the emergency services in Essex were dealing with the biggest storm in 300 years.

The impact on the south of England was ferocious and Essex was one of the counties in the firing line of the extreme weather. People across the county were affected as structural damage, power outages and tree damage reports came flooding in.

At Copperas Wood, near Wrabness, 25 acres of the tree-lined landscape were flattened with an estimated 4,000 trees lost, some blocking the railway line. Across the county, 19 of the Essex Wildlife Trust’s nature reserves suffered significant damage.

The Tendring coast was one of the worst affected areas and bore the brunt of winds coming in off the sea and hitting the land at up to 100mph. Boats, caravans and beach huts on this stretch of coastline were hammered by the storm and severely damaged.

Out to sea off the Essex coast, Sealink’s St Nicholas ferry had to wait five hours before its 650 passengers could disembark. Although the ferry was moored at the entrance to the harbour, the people on board were in for a rough ride until the terrifying storm petered out.

When power supplies across the county were damaged, thousands of homes were left without electricity. Many families in Braintree, Harwich, Clacton and Colchester were also without fresh water when pumping stations saw their power supply cut

Emergency services throughout Essex were stretched and found it hard to cope. There were 999 calls made throughout the storm and into the daytime, when the winds died down. When power cuts affected local transmitters and a backup generator failed, police control rooms were unable to communicate with patrol cars. The Coastguard at Walton on the Naze also handled high levels of calls as hundreds of boats were set adrift.

Tower blocks at the University of Essex saw windows smashed and 14 students had to be evacuated from their university digs when the roof gave way. St Joseph’s primary school in Harwich had its roof torn off by ferocious winds and elsewhere, the army was drafted in to remove trees blocking important routes.

Technically, Michael Fish was correct when he said there wasn’t a hurricane on the way. As any Year 9 geography student will tell you, hurricanes form in the tropics and mainly impact on Central America and the United States. 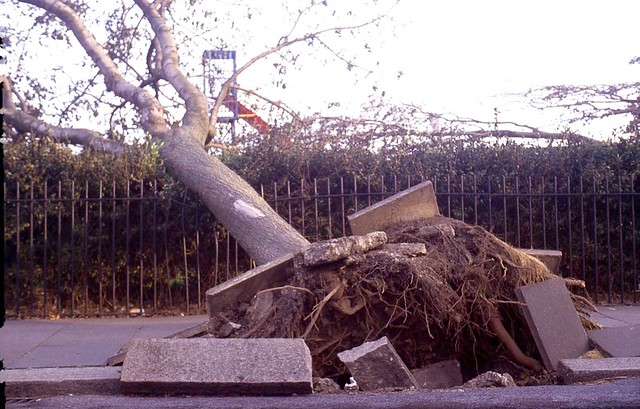 But what the south of England experienced on the night of October 15, 1987, were exceptional winds reaching Force 11 on the Beaufort Scale at the coast and with localised gusts that were of hurricane strength.

The toll of the storm was devastating. Tragically, 18 lives were lost in England. The impact on the environment was shocking too as 15 million trees were blown down, many blocking road and rail routes to cause widespread travel chaos and affecting schools, businesses and hospitals.

Electricity and phone lines were brought down, leaving many folk stranded without power or the ability to communicate with friends and family. Boats were blown away and thousands of homes damaged. 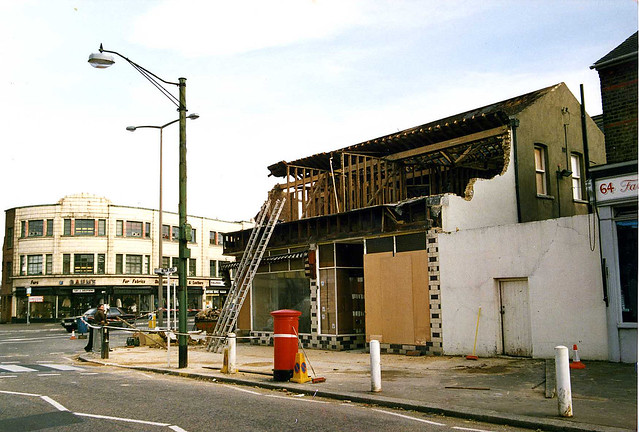 It was a monster of a storm. Nothing had been seen on this scale since 1703.The strongest gust recorded on the night was an incredible 115mph, but the intensity of the storm is reflected in how fast the sustained wind speeds were – a devastating 50mph.

Despite Michael Fish’s failure to predict the troubles ahead, there were certain clues pointing to the forthcoming havoc. Many affected areas experienced huge temperature changes. Increases of up to 10°C were seen and the pressure at the centre of the storm dropped to 951mb – both sure ways for weather experts to recognise something was afoot.

Of course, it would have been a great advantage if the forecasters had given more warning that the storm was on its way. Maybe lives could have been saved and the disruption halted, but the technology 30 years ago was just not as good as it is now.

Melanie Harrowsmith is the head of civil contingencies for the Met Office. She explains: ‘The Great Storm of 1987 taught the Met Office some very valuable lessons, which we have been applying ever since. There has been a lot of discussion about the accuracy of the forecast around the 1987 storm, but the main issue was more to do with communication, rather than the forecast itself.

‘As a result of the 1987 storm, we developed the National Severe Weather Warning Service, which has been running ever since. Over the years, we have developed this service and it is now based on impacts rather than specific details about the weather. This means that we warn for the potential of damage to property, possible disruption or danger to life, rather than warning for wind speed etc.

‘Forecast accuracy has been improving year on year and our forecasts for four days ahead are now as accurate as our forecasts for one day ahead were in 1980. With advances in technology and the growth of the digital age, we are in a much stronger position to make sure that forecasts and changes to the forecasts are communicated quickly and effectively.’

As a direct result of the devastation seen across Essex and the rest of southern England, a huge sum of money was put into improving weather prediction in the UK. The government also invested in setting up the National Severe Weather Warning Service.

Massive improvements in supercomputers and satellites have been made in the last 30 years, meaning that weather forecasts in 2017 are far more accurate than back in the days when Margaret Thatcher was Prime Minister.

We all hope that an event like this will never happen again, but if Essex is ever hit by another super storm, there will hopefully be a lot more warning this time around.

4 interesting places to visit in the Peak District

A positive outlook for the housing market for 2021