10 of the most famous historical figures born in Surrey

‘So-and-so was born here’ is found printed on plaques on buildings across the county, but who exactly were these people? Steve Roberts shares some of their stories

A Farnham-ite, Augustus Toplady (1740-78), was to become a foremost hymn-writer, whose most famous work was Rock of Ages, although he also has another trio sometimes sung today.

A great defender of Calvinism (and therefore the opponent of John Wesley), Toplady was/is regarded as a ‘bitter controversialist’, a man who wore his heart on his sleeve and was not backward in putting his forthright views forward.

Augustus lost his father when he was just six months old (he was a major in the Royal Marines) and would die himself of Tuberculosis aged 37.

Born in Leatherhead, the son of a reverend, Admiral Sir John Duckworth (1748-1817) progressed to be a naval commander, who captured the Caribbean colonies of St Bartholomew and St Martin during the French Revolutionary Wars, then ousted a superior French squadron off San Domingo (February 6, 1806) during the Napoleonic Wars.

The following year he forced the Dardanelles passage and in 1813 was rewarded with a baronetcy.

Noted for a nose of massive proportions, Duckworth had a temper to match, a brutal disciplinarian who once hanged a sailor on Christmas Day.

Born at ‘The Rookery’, Westcott, near Dorking, Thomas Malthus (1766-1834) was an economist who became curate at Albury. In 1798 he first published his essay on the Principle of Population, in which he predicted that headcount would always increase quicker than the means of supporting it.

He influenced Charles Darwin, who deduced that natural selection (the survival of the fittest) would be the inevitable result of unrestrained population growth in the natural world.

Malthus was the sixth child of his parents, which might have given him food for thought. He was also bullied because of his webbed feet.

A civil engineer and contractor, Sir Samuel Morton Peto (1809-89) was born in Woking, rising from humble beginnings as an apprentice bricklayer to achieve immense wealth (a millionaire no less) as he built railways in the likes of Russia, Norway, Algiers and Australia, as well as in his English homeland.

He also served as a Liberal MP (1847-68) and was another rewarded with a baronetcy (1855). He managed major construction projects that included the erection of Nelson’s Column.

Married twice, Pete fathered no less than 15 children, so he was a busy fellow all around.

Edward VIII (1894-1972) gave up rather a lot for Cupid’s arrow, the Kingdom of the UK, Dominions of the British Empire and Empire of India.

Born at White Lodge, Richmond Park (a Grade I Listed hunting lodge dating to 1727-29), Edward was destined to be king until he met American divorcee Wallis Simpson.

He was in the Navy and served in the Army during First World War, popularly acceded to the throne in January 1936 but abdicated in December because of the general displeasure at his proposed marriage.

Returning to Farnham, which seems to be a magnet for notable births (and that’s without featuring William Cobbett) and to scientist Helen Porter (1899-1987), who was born at Place Hale.

The daughter of a headmaster and professional singer, she became interested in science as a young teen.

She later became a botanist and biochemist, a leader in food preservation techniques, a Fellow of the Royal Society, and the first female professor at Imperial College London. 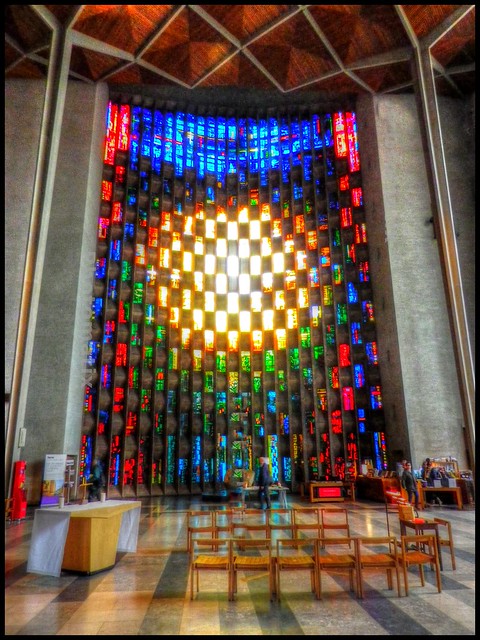 Experimentalist art, including collage, forged a representational style for John Piper (1903-92), who was born in Epsom, the youngest of three sons of a solicitor, and attended both Epsom College and Richmond School of Art.

Having been an official war artist during the Second World War, when his depictions of bomb-damaged churches and other landmarks (including in Coventry) made his name, Piper would later move on to stained glass.

His baptistry window for the new Coventry Cathedral, all 195 panes of it, is perhaps his most famous work of all.

And, a return trip to Richmond, not for more monarchy, but someone who was a queen of the screen, Dame Celia Johnson (1908-82), who was born at 46 Richmond Hill just a week before Christmas and went on to scatter her own bit of magic, most famously in Brief Encounter (1945).

Celia received an Academy Award nomination for that one (Best Actress) and picked up a Best Supporting Actress BAFTA (The Prime of Miss Jean Brodie, 1969).

Born in Thames Ditton, the son of an estate agent, Christian de Duve (1917-2013) was a Nobel Prize-winning biochemist of Belgian antecedents.

Christian was the son of Belgian refugees during the First World War, hence his birth in Surrey, although his family would return to its homeland in 1920. That Nobel Prize was awarded in 1974 for physiology/medicine, and he was later granted the rank of Viscount by the Belgian king (1989).

Apparently, he was a precocious child, which was undoubtedly evident during that brief sojourn in the Home Counties. A member of the Belgian Army during the Second World War, he became a PoW but escaped.

John Surtees (1934-2017) remains the only person to have won world championships on both two and four wheels.

He won the 500cc motorcycle championship four times between 1956 and 1960, following that up with the Formula One world championship of 1964.

Born in Tatsfield (February 11, 1934), Surtees was the son of a motorcycle dealer and grass-track competitor, so speed was in the genes. Surtees died on March 10, 2017, aged 83, and was laid to rest at the Grade I Listed church of St Peter and St Paul, Lingfield.

1877 – Frederick Twort, a bacteriologist who discovered a virus to attack bacteria (Camberley).

1913 – Richard Dimbleby, a broadcaster who commentated on state occasions (Richmond).

1920 – Rosemary Sutcliff, authoress of ‘The Eagle of the Ninth’ (East Clandon).