10 of Surrey’s most notorious crimes

The ‘Sailor’s Stone’, Hindhead, close to the murder scene of 1786 - Credit: Archant

Celtic Cross on Gibbet Hill, Hindhead, where the three murderers of the unknown sailor were hanged (‘Charlesdrakew’). - Credit: Archant

A young sailor innocuously frequented the Red Lion in Thursley in September 1786, unaware that it would be the last drink he ever had. Befriending three other seafarers, he generously stood them food and ale and then set off in the direction of Hindhead Hill with his new acquaintances.

The saying 'no good deed goes unpunished' was then played out, as the trio murdered him in cold blood, even removing his clothes, believing they could flog them. The attack must have been frenzied for it was reported that the victim's head had almost been severed.

Unfortunately, for the murderers, the body was discovered quite quickly, and they were arrested at Rake, about 10 miles south-west of the murder scene. Six months later the three men were tried at the assizes in Kingston, and shortly after, in April 1787, they swung on a gibbet close to the scene of their crime. 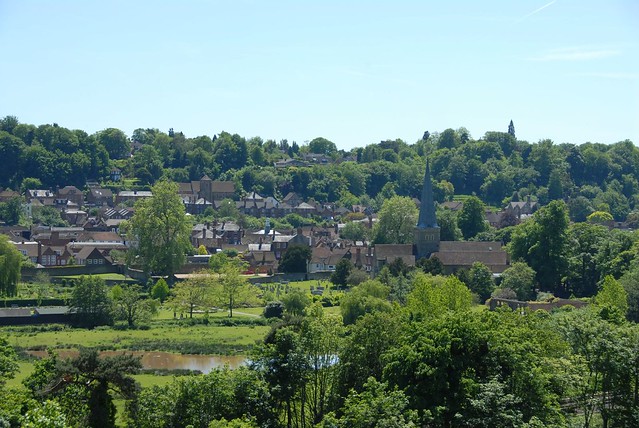 The murder of an aged cobbler (O. Chennel), a respectable and well-to-do tradesman, and his housekeeper (Eliz. Wilson), at the shoemaker's premises in Godalming in November 1817, excited much local interest.

Not least, because one of the accused was Chennel's own son, George, aged around 40, plus his 'associate', J. Chalcraft, the dead man's 'carman' and an evil cove of 'universal bad character'. The details were lurid to say the least, as the deceased had been bludgeoned with a hammer, then had their throats cut.

Chennel Jnr. was examined by magistrates at the Town Hall (today's 'Pepperpot'), before facing trial the following August, with his accomplice. The fact Chennel had frequently denounced his father didn't help his cause, or that he owed money and was found with bloodstained banknotes in his possession. The two men were found guilty of murder and hanged in a meadow to the north of Godalming.

4881 – St Bartholomew’s, Haslemere, the burial place of Inspector William Donaldson, the first Surrey policeman to be killed whilst performing his duty - Credit: Archant

All murders are shocking, but the murder of a police officer especially so. Back in July 1855, Inspector William Donaldson and Constable James Freestone were on night duty in the Market Place in Haslemere, at 'chucking out time'. There's always the potential for aggro, and on this occasion a riot ensued when some drinkers refused to head home.

One of the protagonists (David Smith) was taken to the lock up, which was conveniently in the Market House. The mob, armed with sticks and clubs, demanded the man's release, but Donaldson courageously stood his ground, until hammered over the head with an iron bar. The inspector fell to the ground, bleeding copiously from his wound.

Although he was later helped back home, he died around 3am the next morning. It appears that the murder was committed by drunken navvies who were working on the railway (Haslemere station opened in January 1859).

Ri-1 – The trial and conviction of Kate Webster, the Richmond murderess, in July 1879 - Credit: Archant

The murder of Julia Thomas, in March 1879, was one of late-19th century England's most notorious crimes. A widow, in her 50s, Richmond-based Thomas was murdered by her maid, Kate Webster, a 30-year-old Irish woman with a penchant for thieving and alcohol. Thomas was pushed down the stairs, then strangled.

Webster dismembered the body, boiling the parts 'to remove the flesh', before chucking what was left in the Thames. Although she fled back to Ireland, the law caught up with her and she was arrested four weeks after the murder and brought back to London for trial, at the Old Bailey, in the July.

Webster was found guilty of murder, after a six-day trial, and was hanged at Wandsworth, on July 29 1879. In a curious twist, a human skull was unearthed close to the murder site, in 2010, which is believed to be that of Julia Thomas. 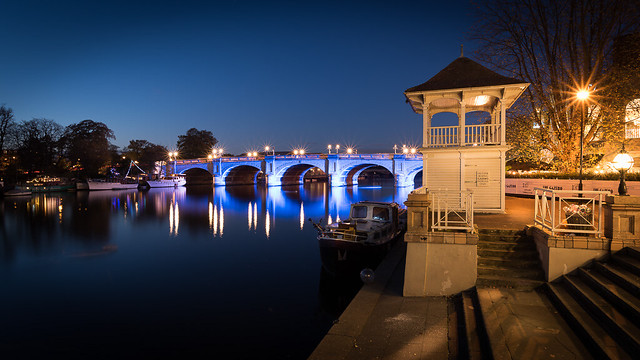 Between August and November 1888, the bodies of five mutilated prostitutes were discovered on the streets of East London, prompting a massive police search for the 'Whitechapel Murderer', or 'Jack the Ripper'.

The culprit was never apprehended, and theories multiplied as to his identity. A macabre fascination with 'The Ripper' led to a curious corollary almost 20 years to the day since the original murders began. By July 1908, the citizens of Kingston were alarmed at rumours the Ripper was at large in their town, with children being kept off school.

PC Church was on duty at the foot of Kingston Bridge, on Thursday July 2 1908, when he was warned about a man behaving threateningly with a bayonet. Arthur Levendon was arrested and admitted to warning some frightened boys that he was Jack the Ripper. Although Levendon tried to make light of the incident, he was fined to deter others.

Me-1 – Merstham railway station. When the body of Mary Money was found in Merstham Tunnel in September 1905, the gruesome discovery was reported immediately to the stationmaster at Merstham, to where the body was conveyed - Credit: Archant

Just before 11pm on September 24 1905, foreman William Peacock came across a mutilated body in Merstham railway tunnel. The gruesome discovery was immediately reported to the stationmaster.

At first, the tragedy was thought to have been a suicide, but thoughts soon turned to murder. It appears the victim, Mary Money, a dairy worker, had been on a southbound train from London into Surrey. She was seen at Clapham Junction station, and then, by the guard, at East and South Croydon, sharing a compartment with a man. Meanwhile, a signalman at Purley Oaks, the next stop, witnessed a man and woman 'struggling' in a compartment.

The unfortunate lady got no further than Merstham, presumably hurled from the moving train. After Merstham, the train stopped at Redhill, where the guard believed the mystery man alighted. No-one was ever brought to justice.

Edward Marshall Hall c.1900, known as the ‘Great Defender’, but who, unusually, appeared for the prosecution, at Guildford Assizes, in July 1924, in the case of the Byfleet poisoner, Jean-Pierre Vaquier - Credit: Archant

The French might have considered it a 'crime passionnel', although there was no sudden impulse, or rage, involved, in this particular crime.

Jean-Pierre Vaquier, a Frenchman, born on Bastille Day (1879), began an affair with a married Englishwoman, Mabel Jones, who was recuperating in Biarritz, in 1924, by which time Vaquier was in his mid-40s. When Mabel returned to England (Byfleet), Vaquier followed her, showing considerable nerve by lodging in the Jones' own pub, the Blue Anchor. Mabel's husband, Alfred, took some 'Bromo-Seltzer' on the morning of March 29, 1924, as a hangover cure, dying shortly afterwards.

A post-mortem revealed the presence of strychnine, with a chemist providing the damning evidence that Vaquier had purchased the poison and signed for it using a pseudonym. The trial took place in July in Guildford. The 'Surrey Poisoner' was found guilty and hanged at Wandsworth. 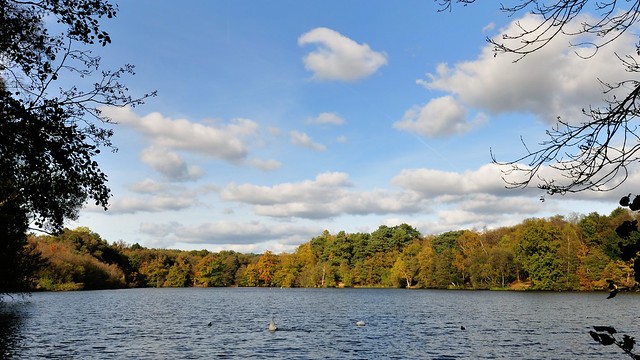 Annie Keen, aged 54, was discovered on the scullery floor of her isolated cottage, close to the Cutt Mill Crossroads, on Puttenham Common, on October 8, 1932. She was dead with throat wounds, having also been clubbed.

Her husband, Albert, meanwhile, failed to turn up for his work as a farm foreman at Rodsall Manor. His body was found in Cutt Mill Pond, with head injuries. The police launched a double murder inquiry. Robbery may have been a motive, as it was known Mr Keen kept cash in the cottage.

Godfrey Knobes, aged 31, of Runfold, was arrested, but acquitted after a three-day trial in the December, despite potentially incriminating evidence that he was in financial difficulty and had bloodspots on his clothing. The case was never re-opened and remains unsolved, although it has been claimed that Knobes would have been hanged had modern forensics been available at the time.

El-4 – Witley Barracks where August Sangret was based at the time of the ‘Wigwam Murder’ (photograph from album of Brigadier General Dodds of the Canadian Expeditionary Force, dated July 1915) - Credit: Archant

During the Second World War. Hankley Common was used for D-Day training with a mock-up 'Atlantic Wall' created (1943), mimicking the concrete defences the Allies faced on the Normandy beaches. The previous year (1942), the common saw a brutal murder, the so-called 'Wigwam Murder' after the makeshift home of the victim, 19-year-old Joan Wolfe.

Her murderer was August Sangret, a French-Canadian soldier, who met Joan in a Godalming pub (July 1942) and constructed the shack (wigwam) for their liaisons, when he slipped out of Witley Barracks. The affair lasted two months, until Wolfe's disappearance in September. Joan's body was found on Hankley Common the following month, her assailant having bludgeoned her skull, then tried to bury her.

The body also suffered multiple stab wounds and a likely weapon was found hidden at the barracks. Sangret was arrested, tried at Surrey County Hall (February 1943), found guilty of murder, and hanged at Wandsworth (April '43).

The only known memorial to 14-year-old Roy Tutill, who was murdered in Leatherhead in April 1968, which is at the Lovekyn Chapel garden, Kingston, and is across the road from Kingston Grammar School, which Roy attended (‘Brockham123’). - Credit: Archant

The murder of a minor is particularly horrifying and the tragic loss of 14-year-old Roy Tutill, who'd grown up in Brockham, in April 1968, would have been well-nigh impossible for his parents to bear, who sadly did not live long enough to see Roy's assailant brought to justice over 30 years later.

On his way home from Kingston Grammar School, Roy had been picked up by an unknown car driver, assaulted and murdered. His body was discovered three days later. Brian Field was interviewed by police in the 1970s regarding the murder, but the case remained unsolved until Field was arrested for drink-driving in September 1999, a coincidence that led to a DNA match, and his arrest for Tutill's murder.

Field, by now aged 65, was sentenced to life imprisonment in November 2001. This case represented one of the longest elapsed periods (if not the longest) between a crime being committed and solved.