Where do Suffolk’s unusual Christmas customs come from?

Despite the advancements of time Suffolk has managed to preserve many of its quirky traditions and the festive season is full of such peculiarities. Melissa Harrison is a novelist and nature writer living in Suffolk 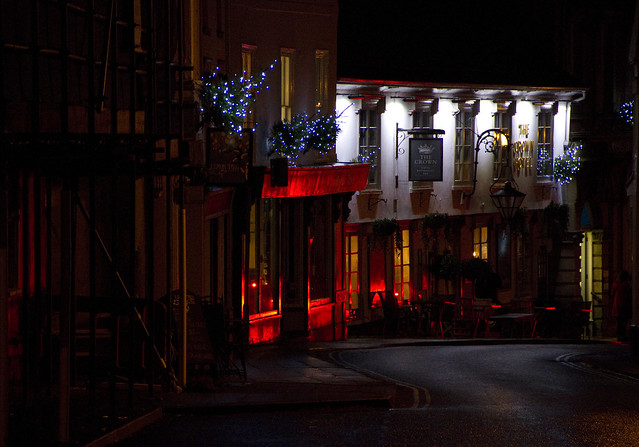 December in the countryside can be something truly special. Not only do our woods and fields take on a stark, arresting beauty - particularly in frost or snow.

But in rural areas like ours, festive traditions persist that have either been wiped away or become commercialised in other parts of the UK. Only harvest-tide comes close to yuletide for the richness of the practices, beliefs and customs that survive.

Many of us will have made our Christmas pudding on 'Stir-Up Sunday', the last Sunday before Advent (November 24).

The faithful will know that the Collect for that day begins "Stir up, we beseech thee, O Lord, the wills of thy faithful people" - hence the day's name - but it's long also been associated with pudding, during the making of which each person who stirs the mixture gets to make three wishes for the coming year, only one of which, it is said, is guaranteed to come true.

Mumming still thrives in Suffolk, with many troupes of mummers putting on plays at key points in the year, such as the festive season.

These lively folk plays are a fascinating survival from an earlier time, and something that's been lost from many other parts of the country. Look out for flyers and notices in your local area, and do make the time to go along and watch - or even join up.

Until quite recently, each house's Christmas fire would have been lit from the charred remains of the previous year's yule log, kept carefully aside all year.

The new log would be bound with willow withies and decorated with holly - like a supermarket chocolate log! - lit at dinner time on Christmas Eve, and kept burning through the night and all the following day.

Evergreen foliage, like ivy and mistletoe, would also be used to decorate rural farmhouses and cottages, though nothing like as early as nowadays. In fact, the earliest day when holly could safely enter a house was Christmas Eve, and only then if carried by a man.

Frumenty, a kind of porridge, was once a staple of winter meals and once it had been finished at New Year's Eve no more would be made until the following year.

Here in Suffolk, little dishes of frumenty were set outside farmhouse doors especially for the 'farisees', the local word for fairies. Apparently, Suffolk children used to get quite confused by the mention of the Pharisees in the Bible.

Of course, many of our Christmas customs, such as feasting, yule logs and evergreen decorations, belonged originally to the winter solstice, a celebration of the moment when the days begin to lengthen again and life returns to the natural world.

'Tis the year's midnight, and it is the day's', wrote John Donne in his poem A Nocturnal Upon St Lucy's Day, Being the Shortest Day. Back then, December 13 was the winter solstice, now celebrated on December 21, an apt day for the feast of Saint Lucia, patron saint of the blind.

There are still people living who will recall a time when it was believed livestock knelt down in the barns and byres at midnight on December 24.

Devout cows excepted, for most of the natural world this is a time of retreat and withdrawal, a period to survive rather than celebrate.

Few birds sing, only the truculent robin, for the most part, which defends a territory all year round. No wonder it became associated with Christmas, and seasonal folk tales woven around it.

To hear a robin sing in December is to be given the briefest, most exhilarating hint of the wonders of spring to come.

9 of the best beaches to visit in Devon

Al fresco dining in Cornwall: 9 of the best places to go