5 of the most spooky walks and tours in Surrey

Hampton Court Palace is rumoured to be one of the most haunted places in England! Are you brave enough to take the ghost tour? - Credit: Kim (TheGirlsNY) / Flickr (CC BY-SA 2.0)

Surrey is full of ghost stories, and these walks and guided tours will send a shiver down your spine but if they don't then maybe the fresh autumn air will. 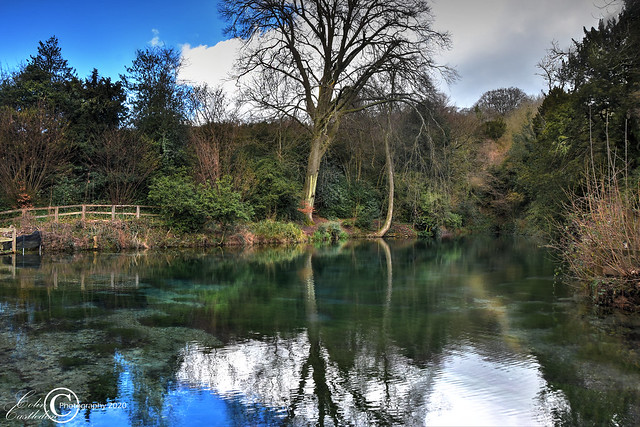 According to an old legend, the silent pool is haunted by the ghost of a Woodcutter's daughter. She was swimming in the pool when King John on horseback attempted to abduct her, in an attempt to escape she went further out into the pool and drowned! Take a stroll around the lake and the surrounding woodlands.

Rumoured to be one of the most haunted places in England, Hampton Court Palace is positively buzzing with spookiness. Wander through the rooms and corridors that Henry VIII dwelled in, trace his steps around the 60-acre formal gardens and the expansive 750-acre parklands.

If your up to the challenge try not to get lost in the UK's oldest surviving hedge maze as the sun begins to set. Perhaps the best day to visit will be on the 31st October itself as the clocks go back just in time for the spookiest day of them all!

During your visit be sure to keep your eyes peeled for ghosts with Hampton Court Palace's brand new self-guided tour during the October half term.

Wander through the spooky woodlands at Box Hill if you dare - Credit: Fela Sanu/Getty Images/iStockphoto

Perhaps most famously a picnic spot thanks to Jane Austen's Emma, however, Box Hill has its fair share of spookiness too. A rather eccentric man is buried there, upside down. Major Peter Labelliere surmised that because the world was so disordered and in his words "topsy-turvy", he wanted to be the right way up at the end of all things...perhaps because of this quirky request, a ghost story was born. It is said that a one-eyed Labilliere wanders the area at night.

When: Dawn to dusk

Named after Thor the Norse God of thunder, Thunderfield Castle is a registered monument that is no longer visible, however, it is said that the soldiers of King Harold (who were on their way to Hastings in 1066) roam the surrounding woodlands, roads and castle grounds after dark and a bell can be heard calling them from sundown.

This Explore Surrey walk will take you on a 3-hour circular walk around the area.

For over a decade this walking tour of Guildford has delighted and horrified the public. Prepare to hear grisly stories as you walk the town after dark. The tour takes place every Friday night at 8pm from Good Friday until the end of November and will also take place on the 31st of October. Visit www.ghosttourofguildford.co.uk for more details.

Where: The tour begins at the Holy Trinity Church at High St, Guildford GU1 3JH

When: Every Friday from Good Friday to end of Novemeber at 8pm