From hexed churches to brutalist office blocks, there are lots of fascinating buildings that have been left for ruin in Norfolk. We've gathered a few to discover

Please note: Many of these are private property or dangerous to visit so please don't visit unless they are open to the public.

Tucked away in the village of East Somerton are the remains of the 15th-century St Mary's Church which has been abandoned since the 17th century. Crawling with ivy and surrounded by greenery, this fairytale spot is equal parts enchanting and unsettling due to the mystery of the Witch's Leg.

The oak tree that has grown straight through the centre of the ruins has been nicknamed the Witch's Leg after the legend of a witch who was reportedly buried alive in the church when it was still in use. She cursed her own leg to grow as a tree to destroy the church as revenge for her untimely burial... or so the story goes.

The Grade II listed Brograve Mill was built back in 1771 by Sir Berney Brograve but lies derelict on the banks of Waxham New Cut.

The Devil is said to have tried to blow down the mill as it leans away from the water with the aim to destroy Brograve's work. Brograve also supposedly had a rowing race with the Devil. 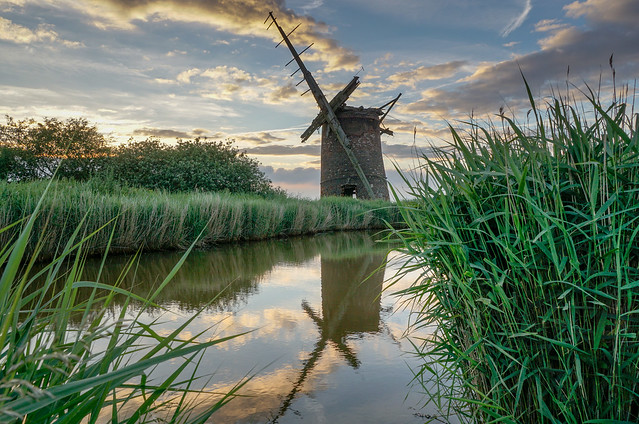 Residents of Norwich will be familiar with Anglia Square's large office block which has been left abandoned since the 1990s. It was originally completed in 1968 as Her Majesty's Stationery Office building with a brutalist architectural style that is considered an eyesore, especially as it progresses in dilapidation.

There were plans to demolish the building but the plans fell through in 2009. A second plan to demolish and build homes, a hotel, shops and a cinema fell through recently. Who knows what the fate of the brutalist block will be? 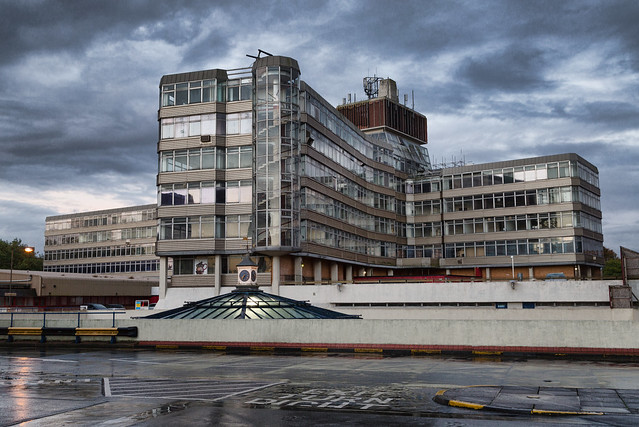 There is a tiny little derelict house in south Norfolk called Mr Tubby's House which acts as a dusty time capsule that describes the life of Mr Tubby through ephemera collected throughout the decades.

Watch the YouTube video below to have a peek at the old place.

With stunning, expansive views of the Norfolk countryside surrounding, the ruins of the hilltop St James' Church near Bawsey was built in the 12th century and was used for worship until the 18th century. It was subsequently abandoned and left for ruin and has become an attraction for walkers along their rambles. 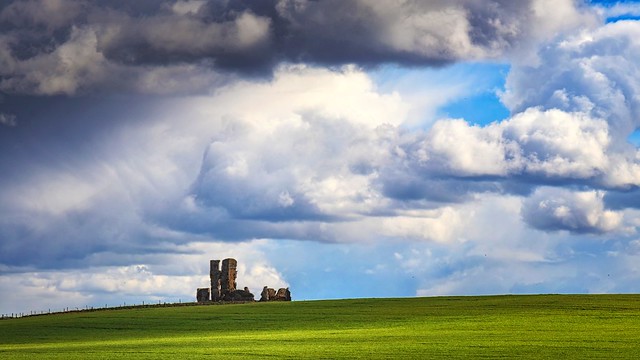