Old, spooky and mysterious are but a few adjectives to describe the ancient Yew that dominates the churchyard at St George's Church in Crowhurst, Surrey.

The Crowhurst Yew is a tree so twisted and gnarly due to its believed age of 4,000 years, making it perhaps one of the oldest of its species in Britain.

And if the Yew is genuinely 4,000 years old, it has seen the rise and fall of empires and occupiers, the evolution of society from primitivity to technologically advanced. Romans, Anglo-Saxons, Vikings and Normans have all come and gone under its weary branches. However, it is nearly impossible to date a Yew, with some experts believing the tree is closer to 1,500 years old than 4,000.

Once upon a time, when Celtic tribes populated Britain, the Yew tree was revered as a symbol of longevity and rebirth and would be worshipped as such. This continued under Roman occupation, too, but such practises were stopped when the Empire converted to Christianity.

Many Yew trees now can be found in churchyards, much like the one that houses the Crowhurst Yew because Christian's often built their places of worship over that of the Pagan's as a way to supplant the religion. 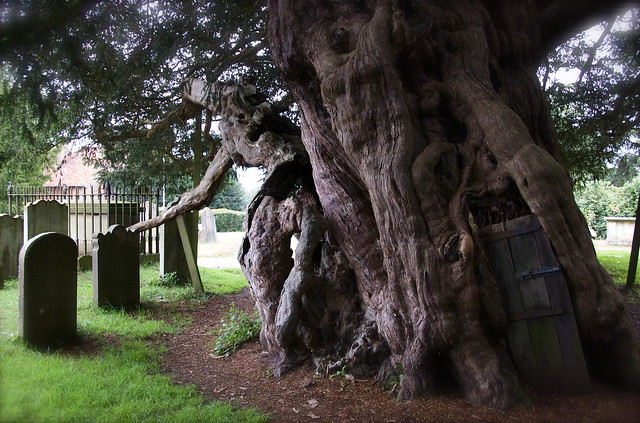 Appearance-wise you could imagine that the Crowhurst Yew would be right at home in Fangorn forest, the ancient woodland of J.R.R Tolkien's The Lord of the Rings where the trees and mythical Ents are the oldest living things. Or perhaps it could be the home of a witch, goblin or fairy due to a somewhat mysterious door and hollowed out trunk.

In fact, it was around 1820 that a group of locals hollowed out the bole of the tree and fashioned it into a meeting place and, on occasion, a tearoom of sorts with enough space to put a table and seating to accommodate approximately 15 people.

In the process of 'excavating' the tree, the locals found a Cannonball lodged in the trunk. It is believed that the Cannonball was from the Civil War in 1643 and fired at (but ultimately missed) a nearby farm that was an apparent Royalist position. As the tree grew between 1643 and 1820, the Cannonball became entangled with and soon a part of the Yew, which has also happened with the door that no longer opens. 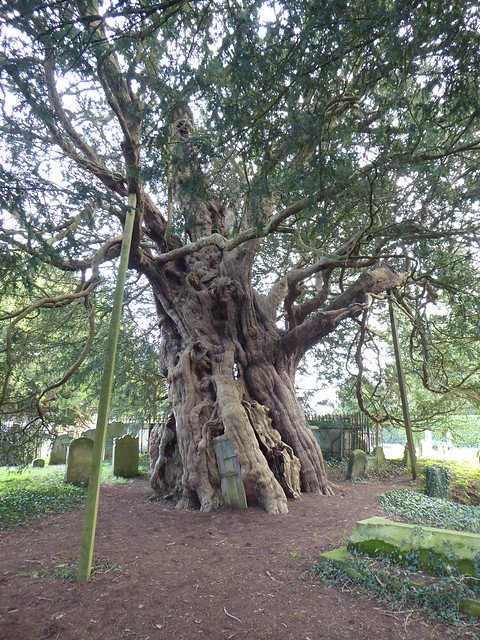 In more recent times, the Crowhurst Yew was selected by The Tree Council as one of the '50 Great British Trees' in honour of the Queen’s Golden Jubilee in 2002.

Whichever way you look at it, this mysterious and ancient tree has captivated many people in its lifetime and continues to do so despite its more recent reliance on wooden supports to prop up its waning limbs. The Crowhurst Yew is ultimately a natural relic that connects us to the history of Surrey, and that's certainly something to cherish.

Join the initiative to save Surrey's dark skies

Discover how to make your garden a haven for nature

4 fab places to dine in Devon

5 of the best farmers markets in Cheshire