Mermaid Street in Rye has been voted as one of the most 'Instagrammable' streets in the UK, and it's no wonder as this delightful historic street has a quintessentially English charm and a fairytale quality to it 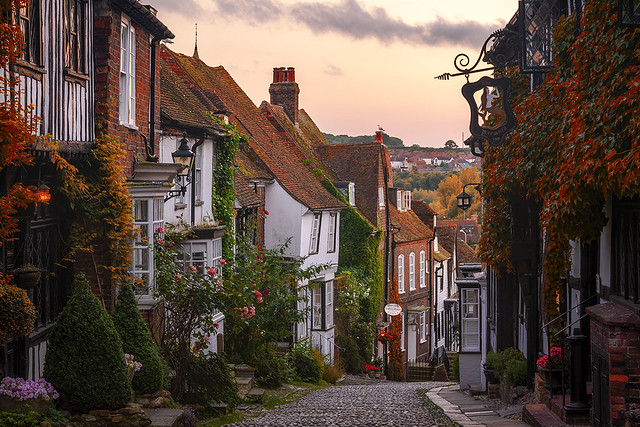 Mermaid Street sits proudly at number 9 on the top ten list as revealed by Direct2Florist. The results were compiled based on newspaper survey data of the UK’s most beautiful streets and ranked based on the total number of Instagram hashtags.

#MermaidStreet has been used over 13,000 times and seeing as staycations are set to be the summer getaways of choice this year, we can only imagine that Rye and Mermaid Street will be featuring on many more Instagram grids.

Besides being an absolutely stunning location, Mermaid Street is also steeped in a long and fascinating history.

The Mermaid Inn has served as an Inn (and many other things) since the 12th Century; at this time, the owners brewed their own ale and charged 1 penny for a nights lodging. Medieval era sailors also favoured this inn due to its proximity to Rye Harbour.

The current grade II listed building dates from 1420 and underwent a Tudor makeover in the 16th century.

Turbulent times have been seen by the Inn, such as a bout with Smugglers in the 18th century; the notorious Hawkhurst Gang used the Mermaid Inn as one of their bases of operation. As a result, many secret tunnels run under the streets of Rye, including one that joins the Mermaid Inn's cellar to the Old Bell Inn.

After this, the Inn became a residential property, then a club in the 20th century until WWII, when it became a garrison for Canadian Soldiers, all before reverting to its origins as an Inn once again.

Take a virtual tour of The Mermaid Inn before it reopens its doors once again on May 17th. And if you fancy a little staycation at this famous location, book a room before other intrepid travellers do the same.

For refreshments, stop by at the Mermaid Street Cafe for a cup of coffee on the terrace and a tasty treat or two. There's all-day breakfast, homemade sausage rolls and scotch eggs, and tasty ice cream to choose from. But if you're more in the mood for a beer, head next door to The Old Borough Arms.

Antiquers will not want to miss a visit to The Confit Pot, a specialist in classic French interiors and antiques. And literature buffs should briefly step off of Mermaid street to visit Lamb House, which was once the residence of American author Henry James who wrote The Turn of the Screw and The Portrait of a Lady. Afternoon Tea enthusiasts should stop by Flecther's House, a restaurant and tearoom on the nearby Lion Street, which was once the house of Jacobean playwright John Fletcher.

Why was Sussex split into two counties?

Best places for a picnic in Sussex

How the Goosnargh Gin distillery bounced back from adversity