The Devil's Punchbowl near Thetford has an unusual and strange history.

Wander north of Thetford, past the village of Croxton, and you may find an unusual sight which at first glance seems innocuous. Amongst the greenery is a circular dip that may contain water. Whilst full, it will seem like a pleasant pond, but there is much more to the story which gave it the name The Devil's Punchbowl.

As the name suggests, this phenomena has fascinated locals for centuries, particularly as the pond is almost perfectly circular. The punchbowl has added mystery due to the fact it will often fill and empty at unexpected intervals. Rainfall does not seem to have an effect on this phenomena, which led nearby residents to believe it was caused by the Devil himself. 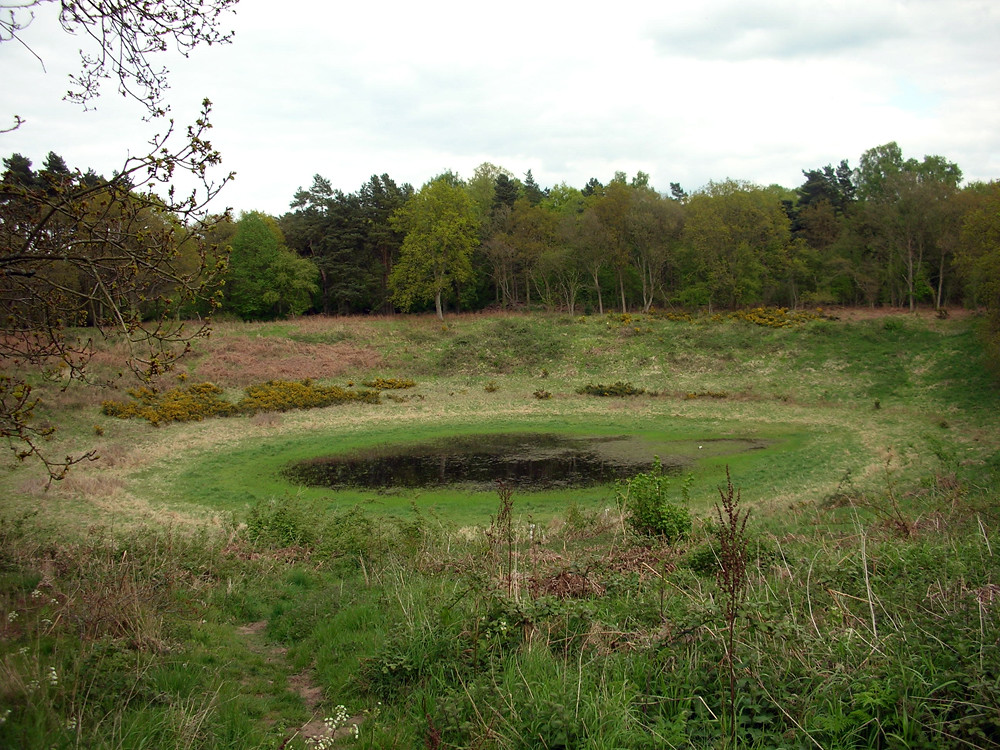 Of course, there isn't anything really devilish about the 430 foot diameter impression. Instead, it is is one of several “fluctuating meres” in the Brecklands commonly found in Norfolk. They are formed by subsurface chalk slowly eroding to form an underground chasm. Eventually, the hole below collapses to form a surface sinkhole called a doline. The water level in these relatively deep pits are a rare surface exposure of the normally hidden aquifer, or water table below the ground.

So, in fact, rainfall does have an impact on the water level of the Devil's Punchbowl, but can take a significantly longer period of time to cause a visible change. It could be months later that the water level is affected, meaning even heavy rain more recently would not change the water level in the depression. The water may even drain in the midst of rainfall, causing the mysterious image of the pond. 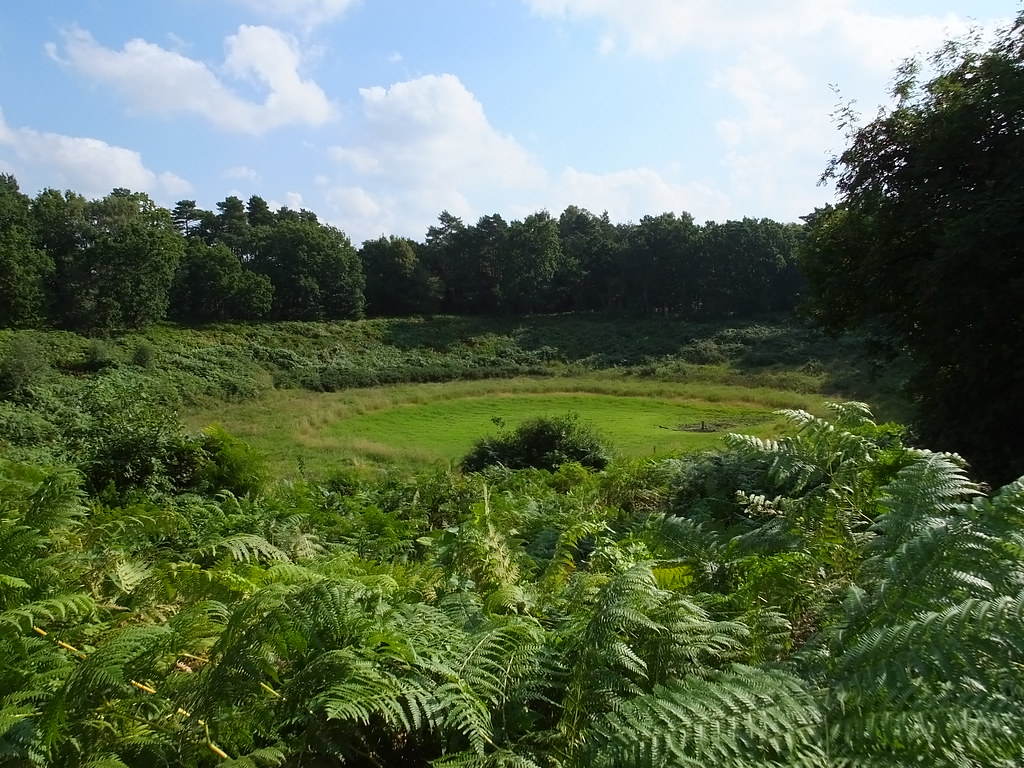 So whilst unusual and a rare phenomena of the Norfolk brecklands, the Devil hasn't left his mark on our county. You can explore the area for yourself as there is a car park and information board nearby. If you do choose to get a closer look, be warned that the area around the Devil's Punchbowl can get rather boggy and it is a Site of Scientific Interest, so please don't damage the local flora.