23 places to find the best views in Devon

Whether you’re up on Dartmoor, gazing down on the seaside from the South West Coast Path or visiting one of our stunning stately homes, breathtaking views are all around our county. We’ve picked 23 places where you can get Devon’s best views 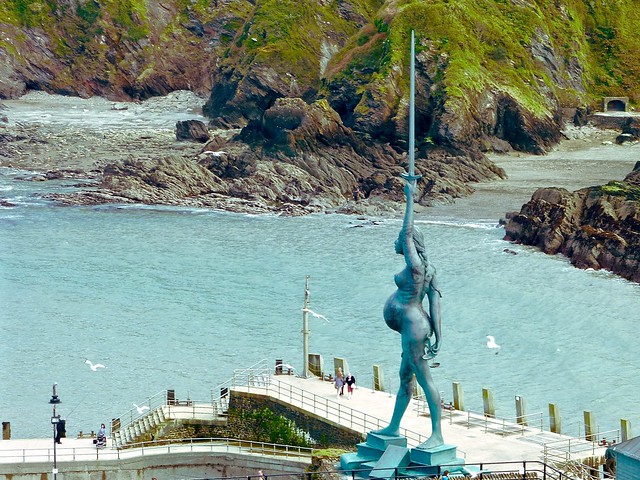 Start your photogenic jaunt around Ilfracombe by first walking up Capstone Parade and taking in panoramic views of the Bristol Channel and back down over the town from the cliff tops. Follow the Parade round back down to sea level to reach Damien Hirst's iconic statue dramatically welcoming ships into Ilfracombe Harbour. 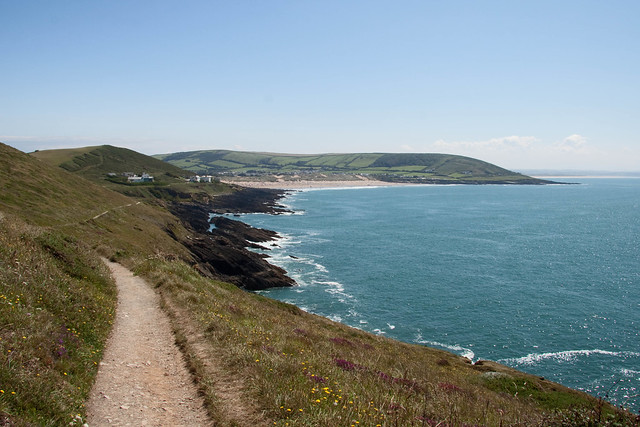 Park up at Croyde Bay beach or at Baggy Point's designated National Trust car park before walking up The South West Coast Path for incredible views of the beach and the many revellers enjoying this gorgeously sheltered location. Pack a picnic as there are plenty of spots to set up camp along this accessible trail. 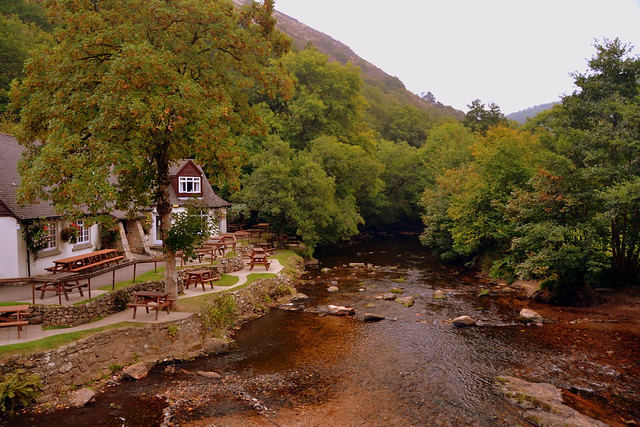 Take a seat in the outside area of the Fingle Bridge Inn and watch the River Teign run under the bridge while the surrounding ancient woodland looms all around you. All this contributes to a wonderful atmosphere that you can further immerse yourself in with one of the many walks that take in the area and up towards Castle Drogo - another picturesque spot well worth visiting. 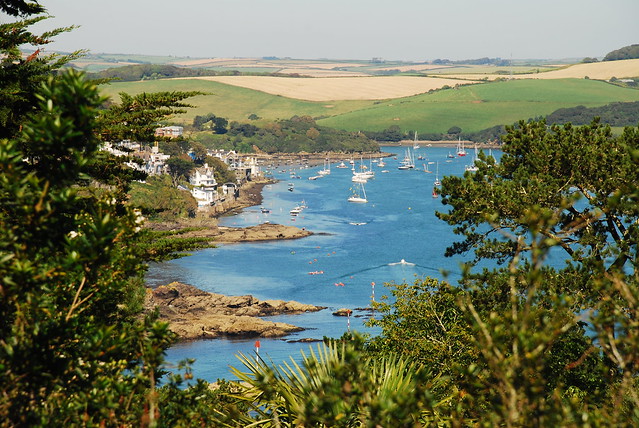 There are so many different spots from where you can admire this stunning stretch of water that we really recommend stopping off at as many viewpoints as you can to fully appreciate its beauty. Start off at Snapes Point before heading along Salcombe's Cliff Road to reach Overbeck's subtropical gardens. Once you've done the Salcombe side of the harbour justice hop on the ferry to East Portlemouth to visit each of the beautiful beaches on that side. 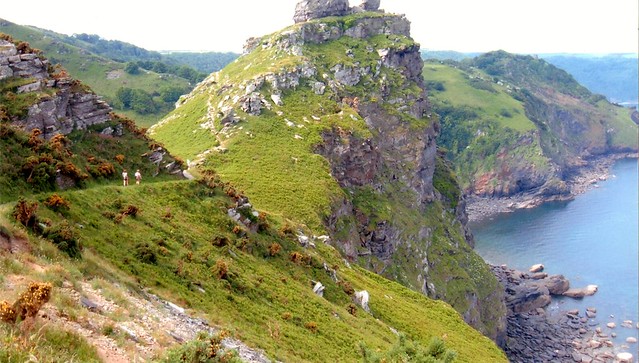 Even the name of this prehistoric rock formation on the Exmoor coast evokes a sense of drama and awe that few other places in the county could hope to live up to. Based on the South West Coast Path, it is one of the most striking natural features you're ever likely to see - there's also a good chance any photo you take will star one or two of the feral goats that roam nearby. 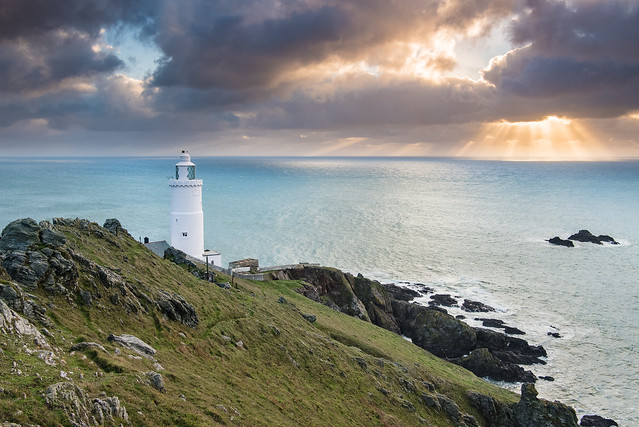 Located just 30 minutes' drive outside of Kingsbridge, Start Point is the rugged point of the South Hams district. The image of the lighthouse gazing out onto Start Bay is plenty on its own but the extra views of the coast curving round past Hallsands - best seen from up on the lighthouse - make the site a photographer's paradise. 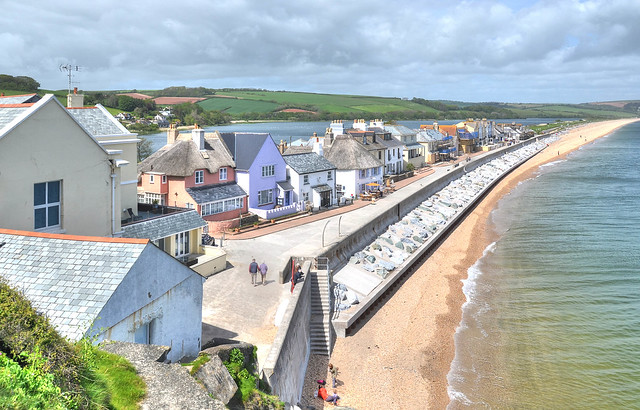 While you're in the area head just down the coast to Torcross, a small village that was tragically the site of a military exercise in preparation for D-Day that caused the death of 946 American servicemen. A memorial to those that lost their lives makes up part of a view which also includes Slapton Sands and Slapton Ley National Nature Reserve sitting just metres either side of the A379. 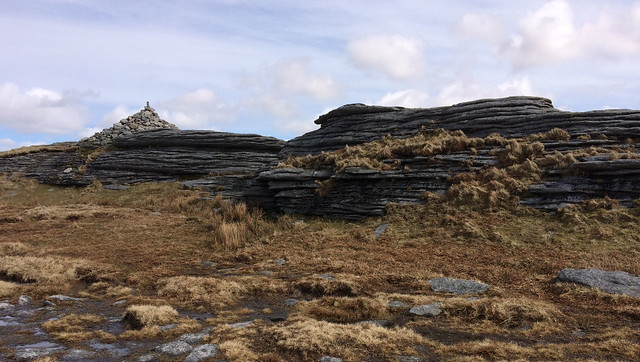 At 621 metres above sea level, High Willhays is certainly high - in fact it's the highest point in Devon and therefore one spot you must have on your bucket list. From here Dartmoor simply seems to go on forever as one magnificently undulating hill after another transports you completely away from urban living. 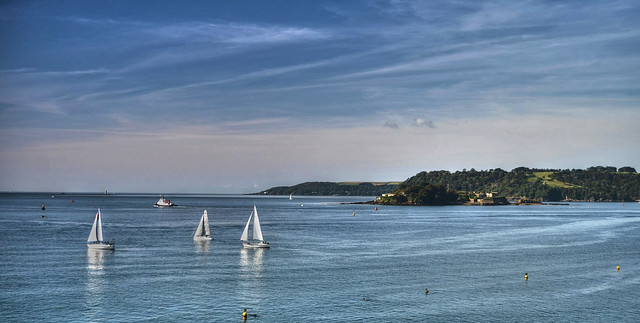 This whole bay leading into and out of Plymouth is historically and ecologically important with its eastern flank being of particular interest to those fascinated by complex geology. Starting from Mount Batten, you'll see a variety of coloured cliff formations made during the Devonian Period around 395 million years ago, all of which can be enjoyed from a number of viewpoints including Fort Bovisand and Staddon Point Battery. 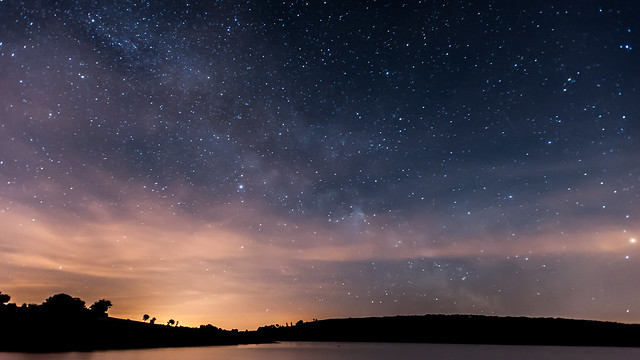 Exmoor is Europe's First Dark Sky Reserve and there are many spots where you can turn your eyes to the skies to see worlds beyond our own. Holdstone Hill near Ilfracombe is just one of the many stargazing spots recommended by Exmoor National Park - County Gate, Webbers Post, Haddon Hill and Wimbleball Lake are several other top spots. 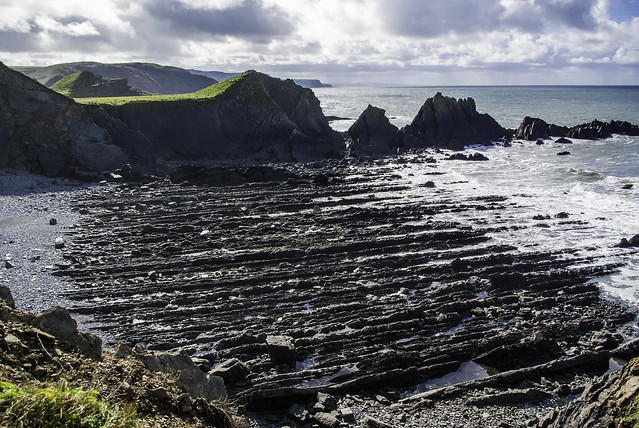 As you're driving along the road towards Hartland Quay, views of the spectacular Torridge coast will gradually open up in front, giving you a taste of what you'll see once you reach the quay. Park up, grab a drink from The Wrecker's Retreat bar in the Hartland Quay Hotel and admire the jagged beauty of this former harbour and site of many a shipwreck. 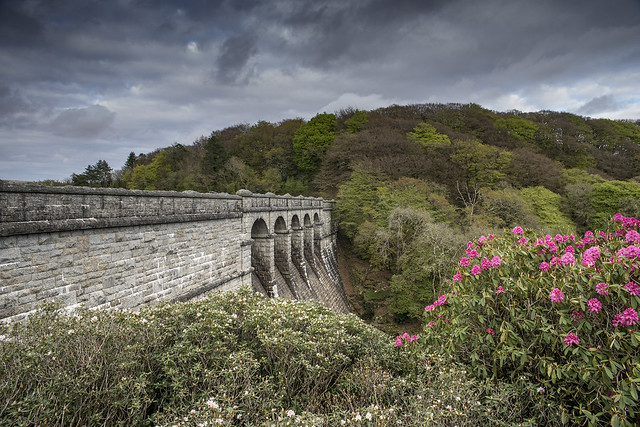 Described as a 'unique day out for families, nature enthusiasts, historians and Dartmoor lovers alike', whatever sort of view you're after, you'll find it at Burrator Reservoir. Although the dam may be the most striking sight in the area, there are also ruins of abandoned farms and settlements for you to see as well as the abundance of natural beauty. 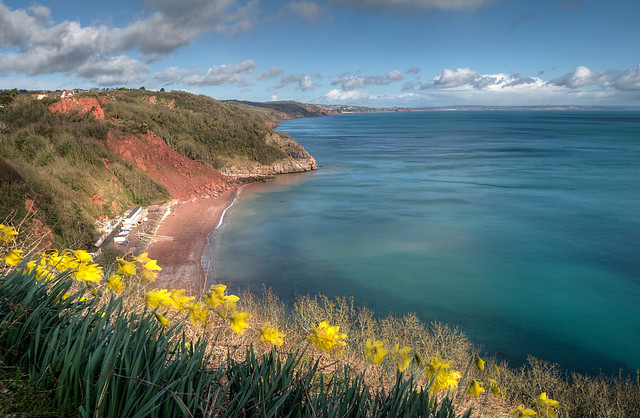 As the highest cliff top promenade in the whole of England, this particular part of Torquay will always be an enormous attraction for tourists and photographers. On a good day you can see all the way over to Portland Bill in Dorset so make sure you bring the long lens for some cross-county captures. For another unique view, take the Babbacombe Cliff Railway down to Oddicombe Beach. 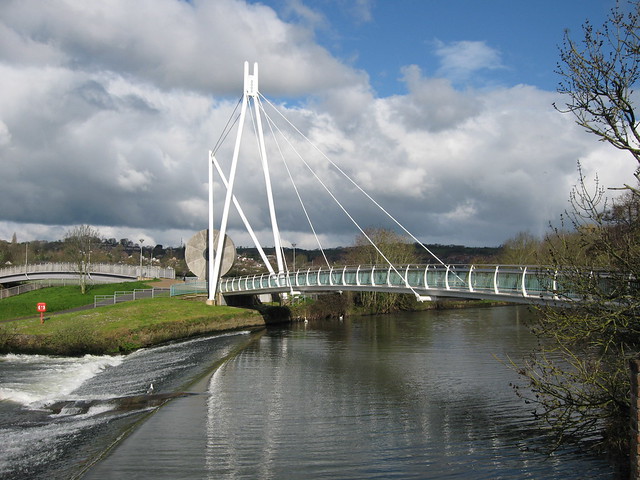 Relax on the terrace at the Mill on the Exe pub and gaze up the River Exe towards this cable-stayed bridge that was completed in November 2002. The elegant bridge is designed with the area's milling heritage in mind - two large mill stones anchor the cabling in place - and when you're on the bridge you also get cracking views both up and down the river. 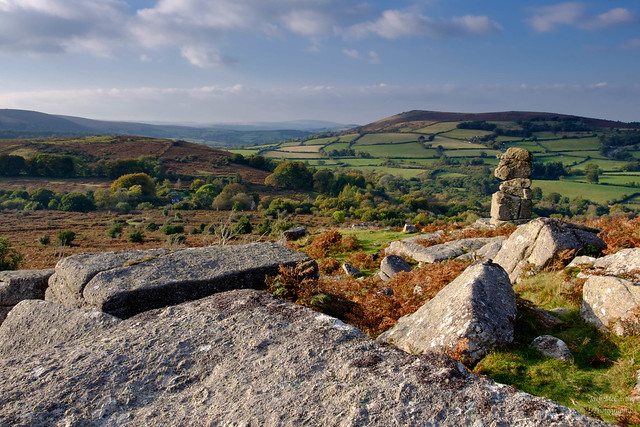 A walk around Bowerman's Nose was recently voted as the 57th best walk in the UK and therefore the sixth best in the South West region. Once you're up there, you'll see for yourself just why it's so popular: located near Manaton, this granite stack is surrounded by other large boulders and beautiful ferns looking out 360 degrees on magnificent rolling hills. 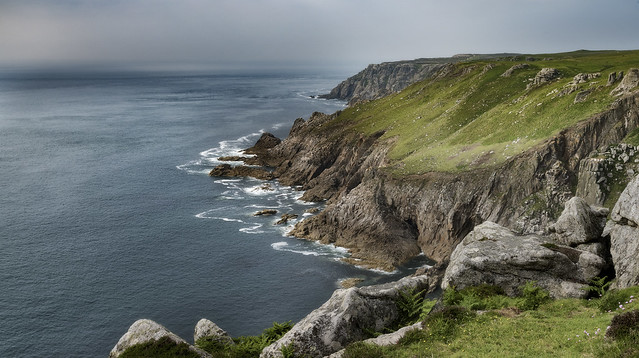 Book yourself into one of Lundy's 23 self-catering properties and explore as much of this 400-foot granite island as you can. With no cars present on the island, nearly every inch of it is unspoilt, allowing it to retain a sense of drama that feels more akin to a wild part of Scotland. Look out for Marisco Castle, the disused lighthouse and the numerous species of bird that bring the area to life. 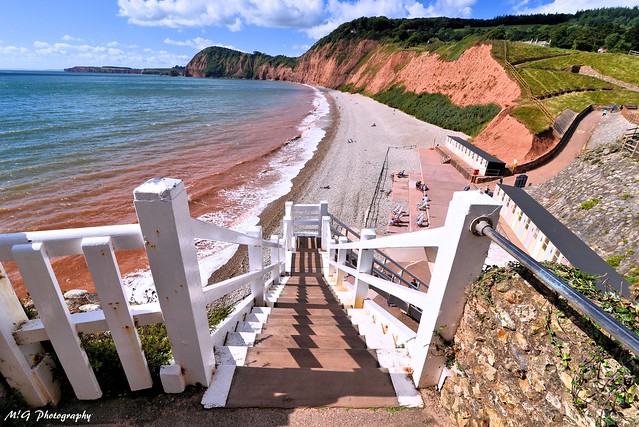 Sat at the foot of Connaught Gardens, this beach is the western end of Sidmouth's main beach and takes its name from the distinctive wooden steps heading down to sea level. Before taking the steps down onto the shingle beach, admire the vibrant reddy-orange cliffs and its vibrant green top from the sea wall. 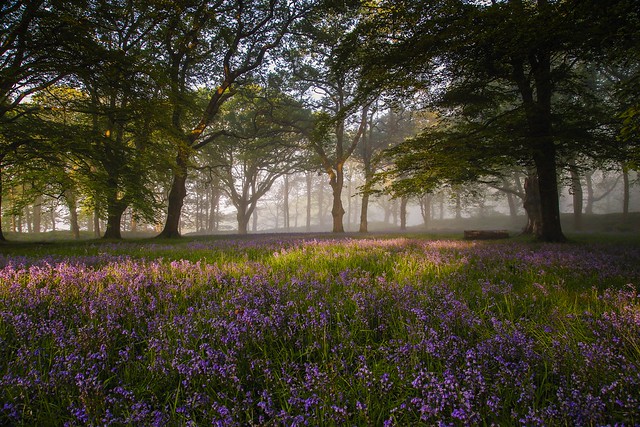 Nowadays Blackbury Camp is an incredibly peaceful and atmospheric wooded retreat for picnickers and walkers, a stark contrast to its former use as an Iron Age hill fort. As you take one of the many strolls around the area, get the camera ready to capture sunlight streaming through the canopy above. 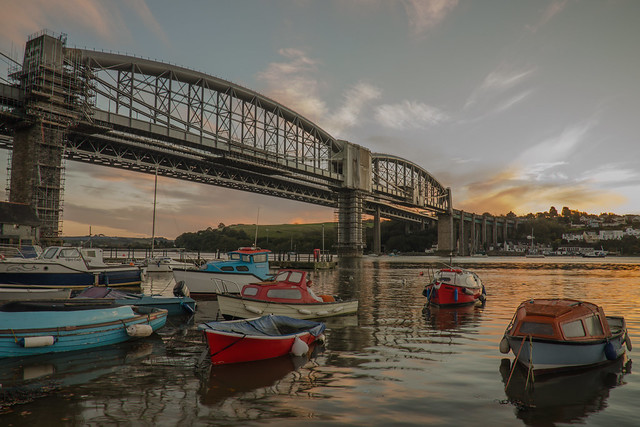 For the best part of a century the Royal Albert Bridge stood alone on the River Tamar between Devon and Cornwall until construction started on the Tamar Bridge in 1959. From the foot of the bridges admire the selection of small boats bobbing on the river or get an elevated view of the water by either taking a train on the Royal Albert Bridge or driving across the Tamar Bridge. 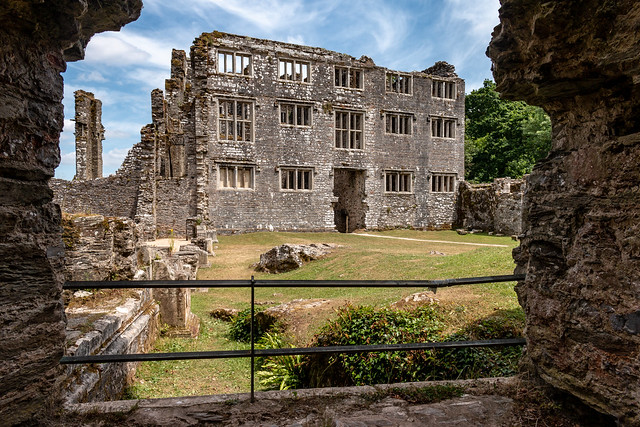 There's no setting quite like a castle and its grounds and this 15th century construction near Berry Pomeroy is no different. Surrounded by woodland, its ruins create a tangibly romantic atmosphere that countless others over the years must have felt. To complete a trifecta of magnificent castles, head to nearby Totnes and Dartmouth to see what their castles have to offer. 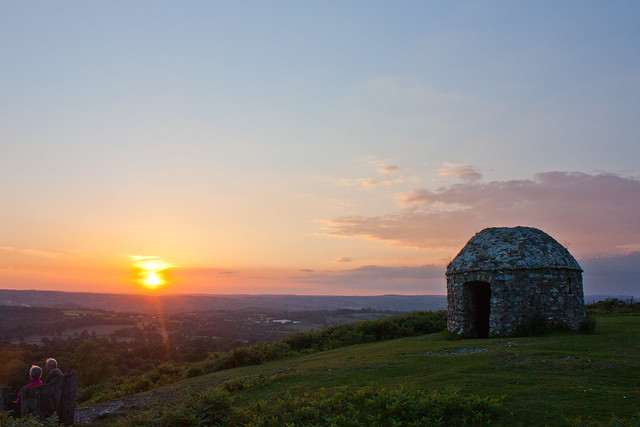 Best recognised by its 16th century signal station - built to spot an invasion by the Spanish Armada - Culmstock Beacon has fantastic views over the Blackdown Hills AONB and over the border into Somerset. The signal station is surrounded by heathland you should take a wander around to get another glorious panorama. 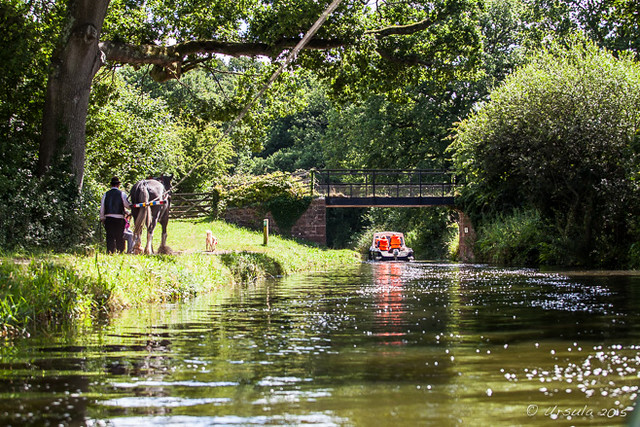 This beautiful nature reserve meanders its way through many Mid Devon countryside locations and villages, taking in some of the area's prettiest spots as it goes. The sight of a horse-drawn barge floating calmly under bridges and past flora and fauna on the canal's banks is one that all Devonians should see at some stage. 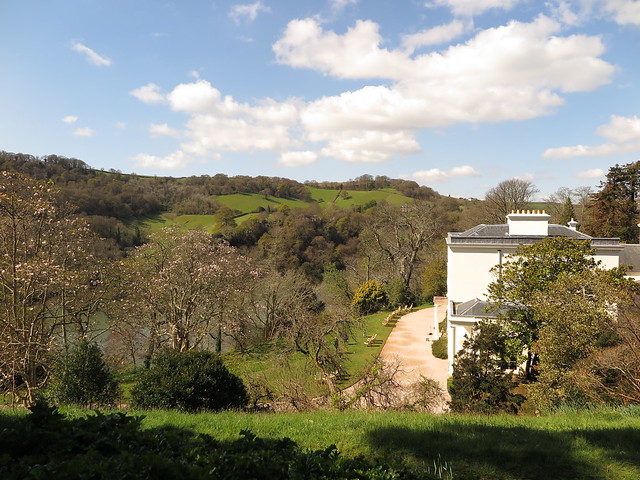 This gorgeous Georgian site was the holiday home of legendary author Agatha Christie and to this day it will still remind you of the setting of one of her murder mysteries. Woodland drifts beautifully down the hillside towards the banks of the Dart Estuary from where you can hop on a ferry over to Dittisham.

This article was updated by Martha Griffiths in June 2021.