With so many locations of historical mystery and intrigue, Suffolk can be a spooky place to visit. Here are 10 spots aspiring paranormal investigators must experience.

As Britain's smallest pub - it has a maximum capacity of 10 to 15 people - this isn't a place for claustrophobics - particularly as there is a cursed mummified cat hanging just above patron's heads. Keep your hands off this petrified pussycat as anyone who touches it suffers some misfortune, as men from RAF Honington found when they kidnapped the cursed kitty, only to later experience kitchen fires and a plane accident. It was soon returned.

If that isn't enough, the ghosts of a murdered boy and a phantom monk in a black habit have also been sighted. If you start smelling a lady's perfume when no women are present, that's yet another entity letting you know it's just behind you. 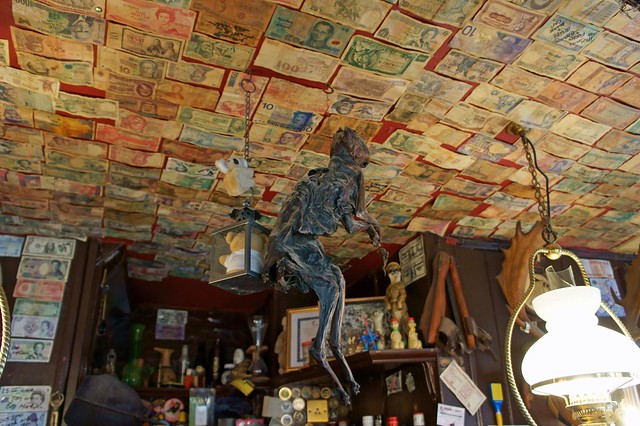 If you're taking a walk through the countryside surrounding this 16th-century hall, then keep an eye out for the collection of apparitions said to frequent its grounds. It may be the ghostly figures of the many criminals put to death at the hanging tree or, most famously, the headless horseman with his four horses dragging a coach said to contain a member of the Blennerhassett family.

Inside the Grade I listed building - which has previously opened for tours - the devil has singed his footprint into the wall and the face of a small, pale girl has often been seen peering out from one of the topmost windows. If you wish to dance with the devil, rumour has it walking around the hanging tree six times will summon Lucifer himself… perhaps that's how he ended up leaving his footprint!

As you look out on the Suffolk coast within the ruins of this former monastery, it may be hard to believe that during the Middle Ages this was the site of one of England's largest towns. Destructive coastal erosion slowly enveloped medieval Dunwich, a once-flourishing fishing port, and now little remains other than a solitary gravestone, the monastery's ruins and the ghostly bells of churches lying beneath the waves.

The 'Walking with Ghosts' trail tracks the history of the town and marks points of paranormal interest, the most active of which may be the monastery with its wandering monks and occasional sighting of Black Shuck - a ghostly dog with red eyes who roams East Anglia. Even if you don't spot a ghost, the thought of how much was lost to the sea is unsettling enough.

This medieval village is filled with charmingly wonky medieval buildings that are rich in history and it doesn't take too great a leap of imagination to envision ghostly presences residing within the many creaking timber homes. It has such a reputation that eerie scenes in Godric's Hollow from Harry Potter feature many of the village's properties.

The 15th-century hotel - or most notably its notorious room 15 - is host to the ghost of a former housekeeper who committed suicide after being left at the altar by the man she was due to have a baby with. Sightings have been recorded since the 19th century and many recent guests report a sense of uneasiness when staying within that fateful room. 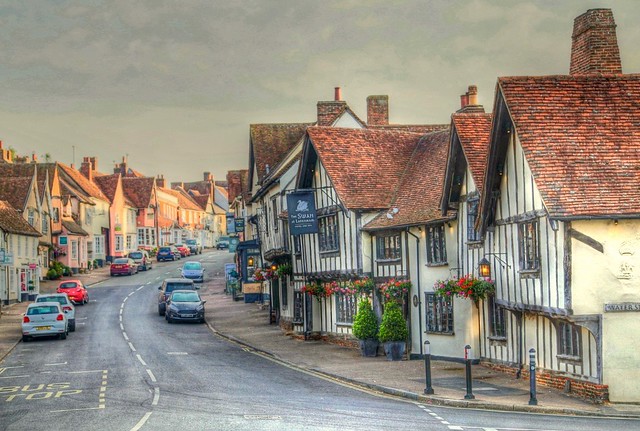 This fort has protected English shores since the 16th century so it should be no surprise to hear that paranormal activity is a regular occurrence in and around its heavily-fortified walls.

Some of the spectres spotted may well be souls lost in a 1667 battle where a small English garrison repelled a Dutch invading force of around 1500 men.

Many have seen sailors looking out to sea from windows or from the bastion, still protecting their home long after their demise. To experience that and the screams of a soldier who died during the plague, ghost hunts regularly investigate the area.

There are several haunted sites in this town on the Norfolk-Suffolk border - Bungay Castle is haunted by Hugh Bigod and the Black Shuck devil dog attacked worshippers in St Mary's Church during the storm of 1577 - yet this local inn is frequently home to more spooks than live drinkers.

Over 20 ghosts float around within its walls - including a maid who was chained to the wall for stealing beer - and these spooks often switch off lights and laugh at patrons drowning their sorrows. There's also a cold spot under the stairs where Rex Bocon hung himself in 1682 that even a professional exorcist visiting in 1969 couldn't eliminate.

During the late 1800s, Fred 'The Tin Man' Archer was the greatest flat race jockey in the country, winning 13 Champion Jockey titles and setting records for the most wins in a season that would stand for well over half a decade. However, following the death of his wife and first son as well as his struggles with chronic debilitating illness, he took his own life.

Shortly after his suicide there were reports of Archer riding his grey mare Scotch Pearl through the heath, forever doing what he was best at in life. On stormy nights his spirit has also been spotted around the stables he founded, never causing terror just simply reliving his illustrious past. 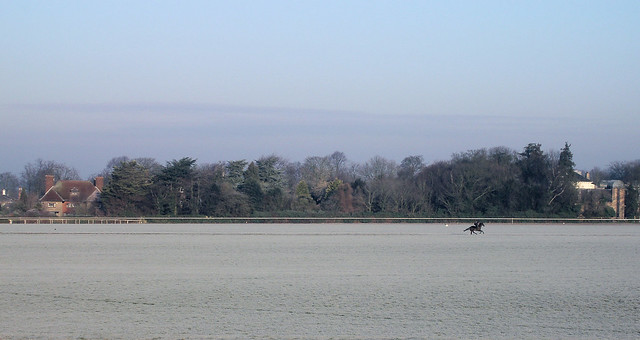 This western Suffolk village may nowadays be best known for its Center Parcs complex but in ancient times it may have been known by Anglo-Saxons as a site where nefarious nymphs peered through the leaves at unsuspecting travellers.

Elveden translates to 'valley of the elves' in Old English and a young girl from the 1800s passing by the woods spoke of hearing music, chiming and beguiling high-pitched laughter. Be careful if you do go investigating, you might get lured into an untimely demise.

The murder of Maria Marten by William Corder in 1827 was one of the highest-profile cases of the era, generating countrywide interest partly due to the events that led to the discovery of Marten's body: Maria's stepmother claimed she dreamt of the murder site, adding a paranormal element that fascinated the public and press.

Despite souvenir hunters tearing the barn to pieces, there have been a number of reports of ghostly re-enactments at the site while Corder's ghost has also been seen at West Suffolk Hospital after his skin was used to bind a book about his notorious trial.

Make a day of it in this supernaturally active village near Sudbury by first limbering up your paranormal senses at Melford Hall - a plague burial site - and The Bull Hotel, a building where Richard Evered was killed in 1648 and where mysterious carvings have been found.

The red-brick stately home itself is haunted by Countess Rivers' spectre after she flung herself from a window and drowned in the moat while a little girl can also be heard calling out for her friend. A Kentwell ghost was even cited as the cause of a car crash involving a local man - despite the area's reputation, authorities didn't buy his story. 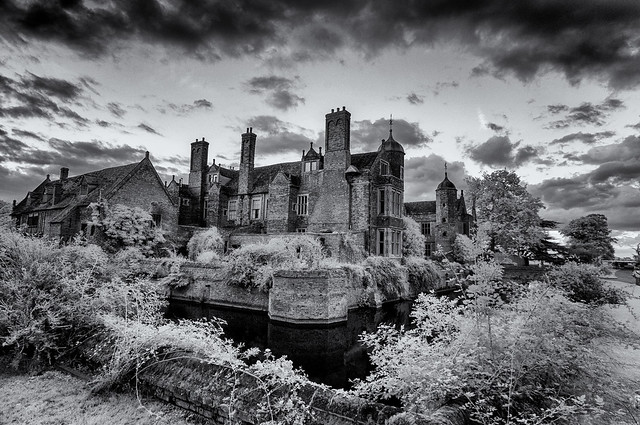 New series announced for All Creatures Great and Small