Sevenoaks named best place to live in the Southeast in 2022

Sevenoaks in Kent has been named the best place to live in the South East in 2022 by The Times - Credit: grassrootsgroundswell / Flickr (CC BY 2.0)

The Times has named Sevenoaks the best place to live in the South East in 2022, saying that the Kent town has “the combination of convenient commutability, top-class schools and an abundance of greenery".

The criteria employed by The Times to pick their top locations to live encompasses a whole range of subjects from the usual essential factors such as house prices and schools to more post-pandemic essentials such as broadband coverage and community spirit.

So in the spirit of celebrating the magic of Sevenoaks, here are Kent Life's top 5 things to love about the town: 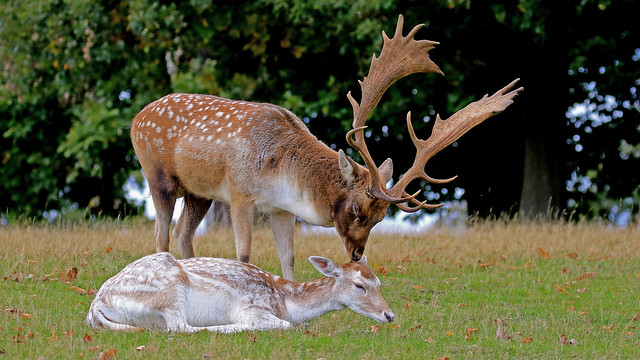 Sevenoaks' very own Knole Park is undoubtedly one of the most stunning green spaces in Kent. Also, the fact that around 350 deer call the park home just makes a stroll around the grounds a little more unique, especially if you witness some adorable moments between the regal animals.

The parkland is also entrenched in so much rich history and was famously the hunting grounds of Henry VIII and the residency of his daughter Mary I after his divorce from Catherine of Aragon. The property and grounds then passed onto the Sackville family in 1603 until 1946 when Knole was gifted to the National Trust, though the Sackville-Wests' did lease the property for a spell after.

Other claims to fame include the music videos for Strawberry Fields Forever and Penny Lane by The Beatles both of which were filmed around the parklands and a few notable Hollywood blockbusters such as Sherlock Holmes: Game of Shadows and Pirates of the Caribbean On Stranger Tides which were released in 2011.

We had the pleasure of talking to the team at Sevenoaks Bookshop for the February 2022 issue of Kent Life as they celebrated winning the coveted Independent Bookshop of the Year 2021. With its rows and rows of stacked books and friendly and helpful staff, the Sevenoaks Bookshop is undoubtedly a must-visit destination for bookworms, from the most discerning dissector of prose to the casual reader.

From tasty restaurant chains such as Wagamamas, Giggling Squid and Bill's to independent hotspots such as Darcey's Kitchen, Life on High and Nonna Cappuccini's, there are so many culinary adventures to be had. You also can't ignore the plethora of pubs in the area including favourites like The Sennockian, The Kings Head and The George and Dragon.

And as if there weren't already enough gastronomic experiences to explore, get ready to sink your teeth into a brand new fine dining experience on London Road, Number Eight. This new restaurant is owned by chef extraordinaire and restaurateur Stuart Gillies and his wife Cecilia and serves up mouth-watering Mediterranean inspired cuisine.

Sevenoaks is home to the divine art deco Stag Theatre which first opened its doors on August 22nd 1936 as the Majestic Cinema. Fast forward 85 years and this beautiful independent theatre under the care of seasoned local thespian Margaret Durdant-Hollamby has become one of the town's most beloved hubs of art and culture. It's a cinema showing all the latest blockbusters but it's also a performance arena that hosts popular musicals, pantomimes and the odd spot of opera now and then.

Come spring and summer, Sevenoaks is a fairytale dream of blooms, plush roses, vivid foxgloves, rippling peonies, and many other colourful delights. You can't go wrong with a visit to the Riverhill Himalayan Gardens, Reuthe's The Lost Gardens of Sevenoaks and Ightam Mote, a firm favourite National Trust gem.

Another unmissable garden to explore has to be Long Barn which opens exclusively to pre-booked groups of 8-50 people. Known as the starter garden of horticultural icon Vita Sackville-West and her husband Harold Nicolson, they used the grounds to experiment and play with textures and colours which soon became their signature style that can be experienced at the famous Sissinghurst Castle Gardens.

5 reasons why you must visit Sissinghurst Castle Garden